While the debut of some exciting new faces on the Dallas Cowboys defense stole the majority of Minicamp press, it turns out that the title of “best defensive player” was taken by a surprising candidate.

That candidate, is linebacker Anthony Hitchens.

ESPN’s Todd Archer had some increased access to the Cowboys Minicamp and came away handing Hitchens this crown. Stating that no player on the Cowboys receives more “undeserved grief,” Archer made sure to point out there is a legitimate competition going on between Hitchens and the assumed starter Jaylon Smith.

Personally, I have been a fan of Hitchens since his rookie season. Due to injury and depth problems, Hitchens was thrown to the wolves in 2014 and forced to play a lot of snaps before he might’ve been ready to do so.

Instead of folding and rolling over, Hitchens showed up each and every week, flashing starter-level ability at times and tallying over 100 tackles over the last two seasons. 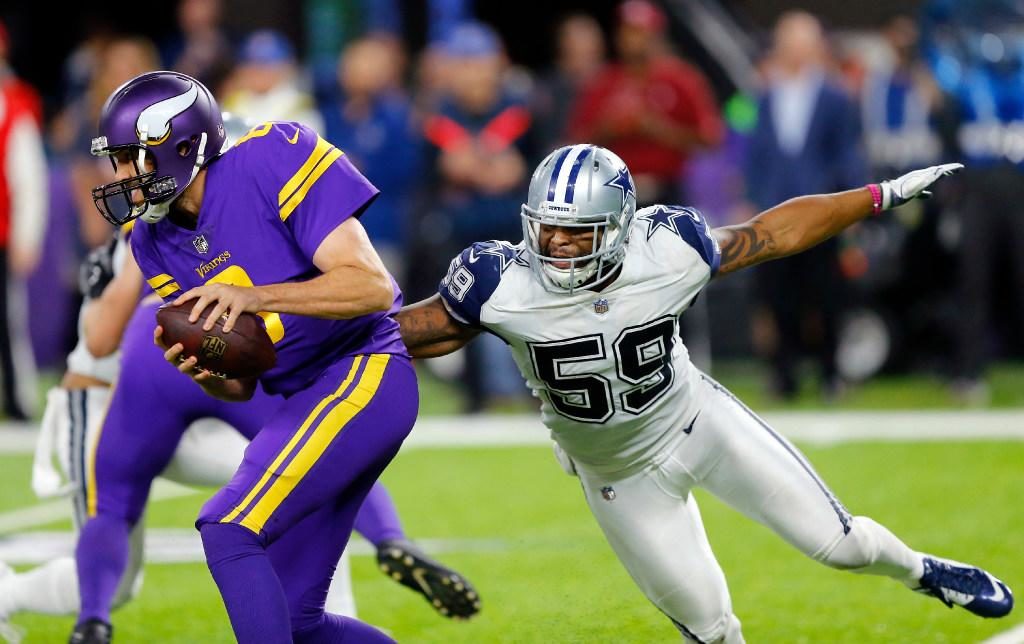 Still, anyone who’s watched the Cowboys play these past two years would admit an upgrade over Hitchens in terms of the Cowboys starting MIKE would be welcomed. That’s where the now second year linebacker Jaylon Smith should come in.

While I am happy to hear that Hitchens has been playing well, I do have to caution everyone reading this and say this could simply be more offseason talk. We are all so thirsty for football news that we will jump on and discuss anything. The real test will come when the pads come on in late July and August, and we can get these competitions going for real.

It is certainly going to be a ton of fun to watch Anthony Hitchens compete, and try to hold off, the dynamic presence of Jaylon Smith over the course of training camp.