The Dallas Cowboys are one step closer to the 2017 season, having completed their OTAs and minicamp from The Star. Throughout these early summer weeks, the Cowboys' rookies have had a chance to get acclimated to America's Team. As has been the case throughout his initial draft process, 28th overall pick DE Taco Charlton has generated little to no buzz – although the pads have yet to come on for physical defenders like him to really shine.

There is little question that Taco Charlton is going to face a learning curve as he tries to take the next step as a pass rusher in the NFL – all young defensive ends do.

However, as expected, Charlton has reportedly made most of his flashes from his natural LDE position after being set up as the “answer at RDE” by Dallas' brass following his selection.

Bryan Broaddus has been doing a terrific job as always of highlighting exactly what he's seen from Taco so far at DallasCowboys.com, having this to say about his positional flexibility:

“Charlton had nice power battles with Tyron Smith on several snaps. Charlton was able to get his hand inside knocking Smith back, but the next play he wasn’t so lucky. Smith punched him with his left hand, which shocked Charlton, knocking him to the ground. When he was moved inside, Charlton’s best move was the spin, which caught the guards by surprise freeing him up on the rush and allowing him to get home.” – Bryan Broaddus

I don't think it will be long into training camp – if at all – until we see the Cowboys commit Charlton to the LDE position fully. Yes, there is the fact that any right rusher work he's gotten so far has come against the best LT in the NFL in a healthy Tyron Smith, but upgrading the strong side end position with a talented rookie is far from a worst case scenario for Dallas.

Broaddus added this about the differences in Taco Charlton's game at both DE spots:

“The last two days at left end, he just looks more natural and comfortable in the way he rushes.”

Cowboys Nation may collectively be disappointed at the very fact that the first round pick we all demanded be used on a pass rusher went to a player that will excel in less of a pass rushing spot, but this team is actually set up better than years past when it comes to Rod Marinelli's rotation on the right side – especially if Charlton draws enough attention on the opposite edge. 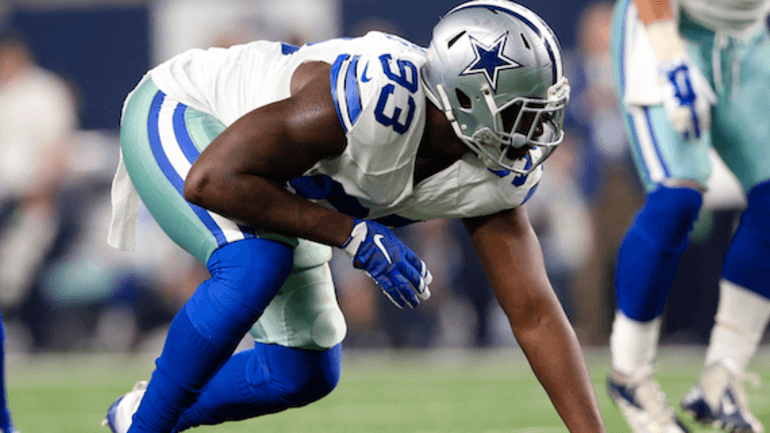 To start, there is last year's sack leader and second-year player Benson Mayowa. With six sacks in his first season in the silver and blue, Mayowa certainly faced the challenge of adjusting to his new role as he was inactive for three weeks in the middle of the season before finishing strong.

The Cowboys will be looking for Mayowa to be an even bigger part of their DE rotation now, signing him to a three-year deal last season – clearly seeing some long-term development potential with the former Seahawk and Raider.

Of course, Marinelli's patented rotation needs to have more than two capable bodies with fresh legs pressuring the pocket. Red-shirted in his rookie season with a back injury, Charles Tapper is ready to bring his speed and freaky athleticism to the Cowboys' defensive line as well.

Realistically, getting any valuable snaps out of Tapper at RDE to change up the looks opposing left tackles will see in dealing with Dallas pass rushers would be an invaluable addition to this defensive front in 2017.

Damontre Moore is also a new addition at the DE position, an “orphan” that's bounced around the league as the Giants' third round pick of 2013. Moore has fully embraced the opportunity to find a new home and fresh start with the Cowboys so far, fitting right in as a relentless rusher that chases down plays all across the field.

Lastly, there is always DeMarcus Lawrence – although his time could be running out with the Cowboys very soon. To debate whether or not Lawrence fits best at LDE or RDE has become relatively unimportant now, as the Cowboys just need to see Lawrence line up for 16 games and get into form. Toeing the line as another potential second round bust, Lawrence at his best is more than capable of producing off the right edge. 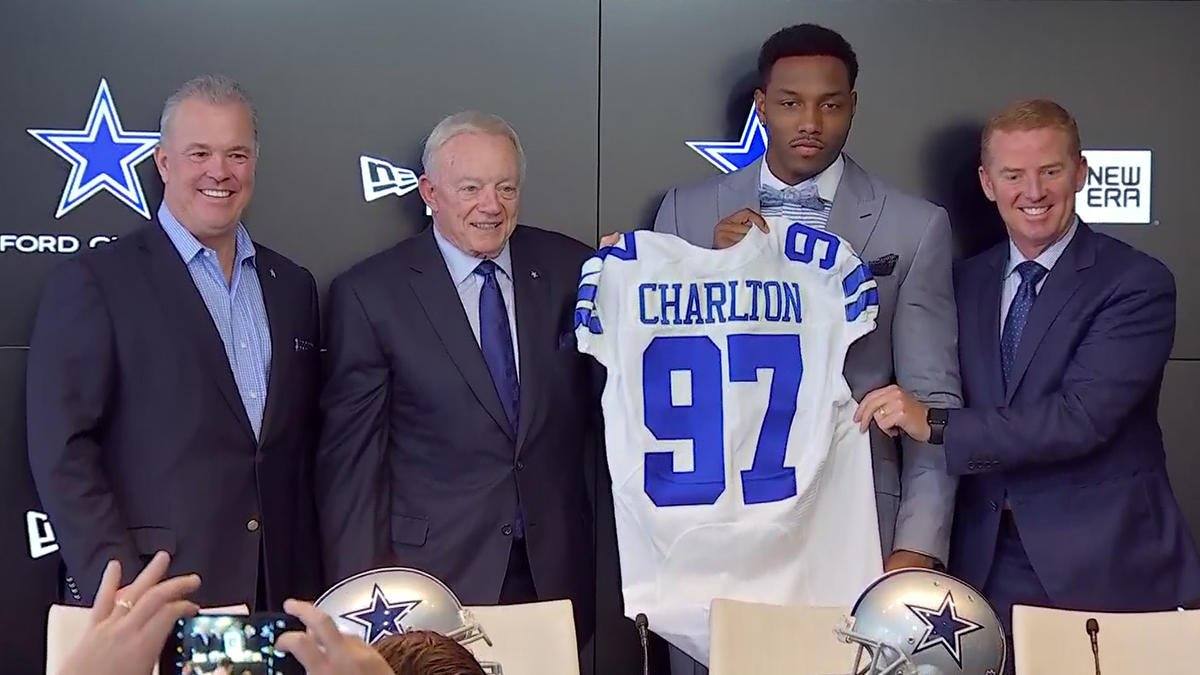 No, the Dallas Cowboys shouldn't force rookie Taco Charlton to play a position where he has little chance of making an impact in his first season. A steady LDE does indeed improve this team's pass rush, even if Charlton was incorrectly sold to us as the commitment at RDE the Cowboys have been – and continue to – put off.

As for actually generating pressure on the quarterback from the right side, the Cowboys seem to have an intriguing core of DEs eager to prove themselves as the RDE position as soon as training camp gets underway in Oxnard. When paired with a strong group of defensive tackles and a first round talent at one DE spot, this scrappy defensive line might not take the world by storm this season but should certainly show noticeable improvements.

I’ve heard very little about D-Law during OTA’s and Mini-Camp and I saw his name in inactives (back). He had his 2nd back surgery this off-season and it seems pretty much everybody I’ve ever known that had a back problem that required surgery always had to deal with pain. I know under doctors care they can still have a productive career. Look no further than DeMarcus Ware who had back trouble early in his career and yet went on to carve his name as a sure HOF’er. I’m just a little concerned with how this back injury will impact his career. I also wonder about Tapper and his Pars defect. That was a genetic birth defect that caused him to miss the season last year but with survey is it permanently fixed or can we expect that to be a problem? I do feel better than most about this D-line and look for them to fall in as a top 10 overall season. Lets not forget that they were #1 against the run last year and with added speed across the defense I think there is a lot to be hopeful about.

Sean, your insightful information regarding the Cowboys defensive lineman, is spot on.

I truly believe that the light bulb has finally turned on, regarding D. Moore, @ RDE. I like the way he is committing himself, both physically and mentally, in bringing the heat for the Cowboys.
D. Moore, could finally be the unexpected War Daddy, that Jerry, has been looking for, over these past few years.

This Cowboys teams foundation is on a mission to bring Mr. Jones, that elusive 4th Super Bowl ring on February 4th.

Yes Sir, slowly but surely, the glory days of the 70’s and 90’s are coming back for a new generation of Cowboy fans, with the unexpected duo of Garrett and Prescott joined at the hip.