A year ago this time, Dak Prescott was expected to simply be competing for a roster spot. Most thought he would be QB3, others hoped he could overtake current backup Kellen Moore for the QB2 role.

Instead, Dak Prescott became the starting quarterback, the Offensive Rookie of the Year, and the projected franchise quarterback of America’s Team.

The previous franchise quarterback, Tony Romo, has moved into retirement, now broadcasting NFL games for CBS. With Romo out of the locker room altogether, it is now on the young Prescott to take over the locker room in a full leadership role.

Sure, there are other veterans like Dez Bryant, Jason Witten, and Tyron Smith still around, all of which are leaders. But we know how this works. The fans, the media, and to a certain degree the football team all look to the starting quarterback for direction and leadership, no matter how strong the rest of the locker room is.

Now, the entirety of this role falls the Dak Prescott’s shoulders. And it appears he is ready for it. 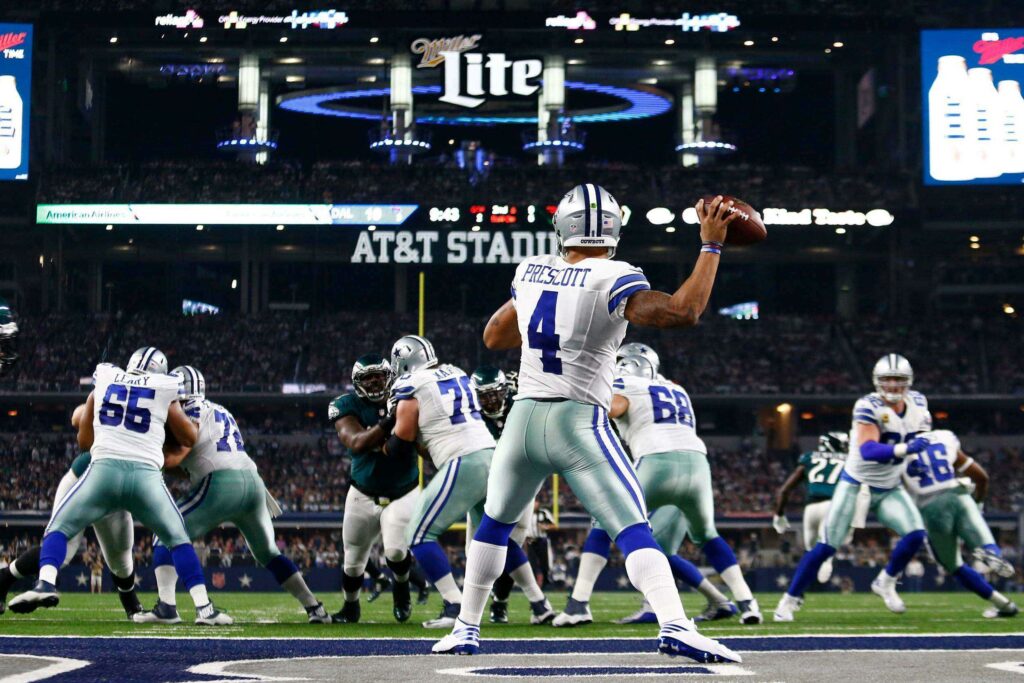 Prescott told The Dallas Morning News that being in his first offseason as the full-time starter, he now “gets it,” and admits that it’s time for his voice to be heard within the locker room. Veteran tight end Jason Witten echoed those sentiments stating that Prescott has “earned that” right to leadership.

Even though he started all 16 regular season, and the only playoff game for the Cowboys in 2016, the shadow of Tony Romo loomed large all year. While the presence of Romo may have added extra pressure for Prescott, knowing that with any mistake there would be a faction of fans calling for a switch, Dak remained calm and excelled week after week.

Certainly, after such a fantastic rookie season in which Prescott overtook the starting role from a franchise legend, Prescott has shown he is more than ready to take over. Now, we must wait until year two begins on the field, to see just how well Dak has transitioned into this full-time role.