Now that the misery of this year is over, we can concentrate on the Cowboys needs and possible strategies they may employ to fill those needs.

There is a lot of buzz around the fourth pick and optimism abounds. For those of you who think the Boys will draft a QB, I don’t have good news for you. The Boys will not be drafting a QB in the first round. Why not you ask? The answer is simple. Because there is not a QB worth taking in the top end of the first round, much less in the first four picks. So I think they will resist overreacting and drafting a QB early.Don’t get me wrong, if there was a legit franchise QB I would be all for it. But I don’t see the top two QBs being a great franchise QB. I expect that Goff will become the top QB taken, but he is not worthy of a top 5 pick.

Don’t get me wrong, if there was a legit franchise QB I would be all for it. But I don’t see the top two QBs being a great franchise QB. I expect that Jared Goff will become the top QB taken, but he is not worthy of a top 5 pick.

Not drafting a QB also is the right strategy for the Boys. Why? Because your strategy should be the method(s) of accomplishing your strategic goals. In other words, the strategy supports the goal. To understand what strategy you need, you have to know the goal.

Jerry Jones has stated that the goal is to win a Super Bowl in the next three years while Tony Romo is here. If that is the goal, then their strategy has to be to make the moves that will help them win in the next few years. The first thing to realize is that the Cowboys will only win if Romo is healthy. So the strategy should not be to replace him or get a backup for him, but to protect him. To keep him healthy and make sure he has the weapons, running game and defense, that can maximize his talent.

Drafting a rookie QB does not accomplish that goal. It may satisfy the need to find a replacement if Romo goes down, but for a vast majority of the games that pick will sit on the bench (If not, the Boys will not achieve the goal anyway). So a backup QB will not help to win a super bowl in the next couple of years. It is a pick for the future and therefore, it does not support the current strategic goal.

To accomplish the current goal, the Cowboys would be better off getting a backup QB in free agency and using the number four pick to get an impact player who can help now. Another strategy might be to trade down and pick up multiple draft picks.

Before we get into who the Boys may pick in the first round, you first also have to look at their needs. So in this article, we will look at each of the Boys needs and put a grade on them for ranking purposes. In a later article, I will take these rankings and try to determine some of the strategies that the Boys can employ to fill the most important gaps and that should provide us some insight as to what the Boys will do with the draft pick.

So how do I rank need? I weigh it based on two criteria. The first criteria is the overall importance of the position. Each position has a strategic importance score. The second criteria looks at the quality of the person who will play the position if the Boys do not address it in the offseason.

So for example, the Boys do not have a backup guard right now, so it is a critical (or urgent) need. The Will linebacker is covered with Sean Lee, so while an important position, it is not a critical need. Anthony Hitchens is slated to start at the Sam linebacker position (average critical), but if he moves to middle linebacker, then the depth chart only has Mark Nzeocha listed, so it would become a moderately high to high critical need.

Once the two scores are assigned to each position, you then multiply them together to get the overall ranking of the need.

With the explanation out of the way, let’s begin the process by assigning a score to each position by its strategic importance. It is based on a 10-point scale.

This is based on 50 likely positions the Cowboys will carry next year.

The next thing we now need to do is look at the urgency of each of the needs based on free agency and depth. This is based on a 1 to 5 scale, with 1 being the lowest critical (or urgent) need and 5 being the highest.

The final score is determined by multiplying the importance score and the critical (urgent) score. So if the quarterback position only had a developmental player in place then the score would be 50 (10 x 5). With the formula in place let’s look at each position.

So the top needs on offense, according to importance and criticality, scale are:

It is not surprising that the backup QB is the most important and critical need for the offense. It is certainly the most discussed. I think it will be a veteran that they bring in over a high round pick. There are just too many other positions that could use an every-down impact player.

Right tackle/swing tackle is a little more surprising as the third highest need. I personally think it is an important position. The Cowboys got lucky this year in that neither tackle got hurt. So odds are that next year will see at least one of them miss some games. If that happens, I am not sure Chaz Green is ready to start and that would threaten Romo’s health. Therefore, it is a critical need and important to an overall strategy of keeping Romo healthy.

The blocking TE is an important role in this offense, so not having a blocker on the roster will mean it has to be addressed early. It will be addressed in free agency most likely.

The score for the third back will be lower if the Boys get a three down back in the draft/free agency or if Darren McFadden is slated for the role. I think Lance Dunbar will be back too.

Another receiver that can get open consistently is important to the offense if Dez Bryant goes down or Terrance Williams struggles. So strengthening the receiver position makes sense. It wouldn’t surprise me if the Boys signed a veteran, but they will wait until after the draft if they do. My gut says it will be addressed in the draft.

The depth for guard will be determined by what happens to Ron Leary. Will he leave or stay? The Boys will definitely need to bring back Mackenzy Bernadeau or a veteran backup if he leaves. The Boys will also need to find a developmental player later in the draft.

The fullback position should be upgraded as well. I believe the Boys will use one of their sixth round compensatory picks on a fullback.

All told, we need to re-sign the payers we have or bring in free agents to fill most of these positions. The most likely to be drafted is running back, 2nd/3rd receiver, and developmental guard. Perhaps if there is a great offensive tackle available you might see the Boys draft a right tackle early in the draft. 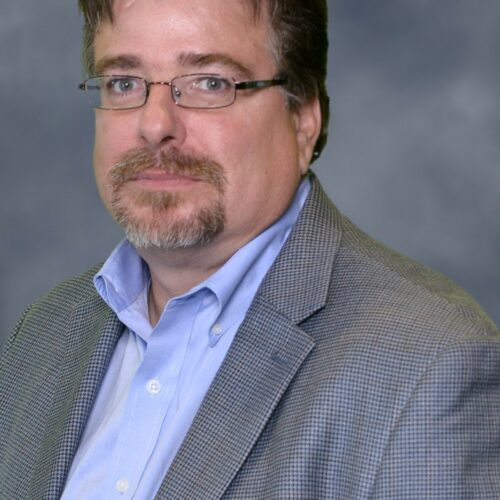 Tommy Simonhttp://www.techbaa.com
Tommy Simon is an entrepreneur, writer, speaker and sports enthusiast. He is currently CEO of TechBAA, an investor and board member of TPC Technical and CommunitesFIrst, and acting CFO for ALS Communities. In addition to investing and advising companies, Tommy is also a Sales Management coach and is working with companies as a Fractional CMO/CSO. Tommy is a life long football player, coach and Cowboy fan. He currently coaches and sponsors several 7 on 7 teams. He manages/coaches an adult flag football team that is the top team in Florida one of the highest ranked teams in the country. Tommy's hobbies include international travel, fantasy football, reading, and engaging in intelligent political discourse. He is married to a wonderful women for 18 years; which is the best thing he has ever accomplished. He has a dog that is the best dog ever. He also has 9 siblings and roughly 30 nieces and nephews. For more information about tommy, or to request him to speak, please contact him at info@techbaa.com
Previous article
Cowboys Draft: Getting to Know Paxton Lynch
Next article
NFL Playoffs: Division Game Picks