The Dallas Cowboys are struggling to get things going. On offense, on defense and on special teams, things are not going as planned. Not even close. After losing their second game of the season – this time against the Los Angeles Rams – the Cowboys have a lot to think about.

On offense, Dak Prescott and company looked alright during the first half. It was the second half when all started to fail.

Dak Prescott says he must improve his accuracy. QB was 9-of-21 for 97 yds w/ a TD and INT in second half.

After halftime, the Cowboys were out-coached, and they were outplayed. Dak missed some throws, and the offense as a whole failed to execute. The Cowboys scored only six points during the second half. The Rams scored 19.

After the first quarter of the 2017 season, the Dallas Cowboys are sitting at 2-2. It's only fair to say that, not even on those two wins, have the Cowboys had a dominant performance. They truly haven't.

I can't help but wonder about a specific player who was very important for this offense's success last year. A player we haven't seen that much this season. 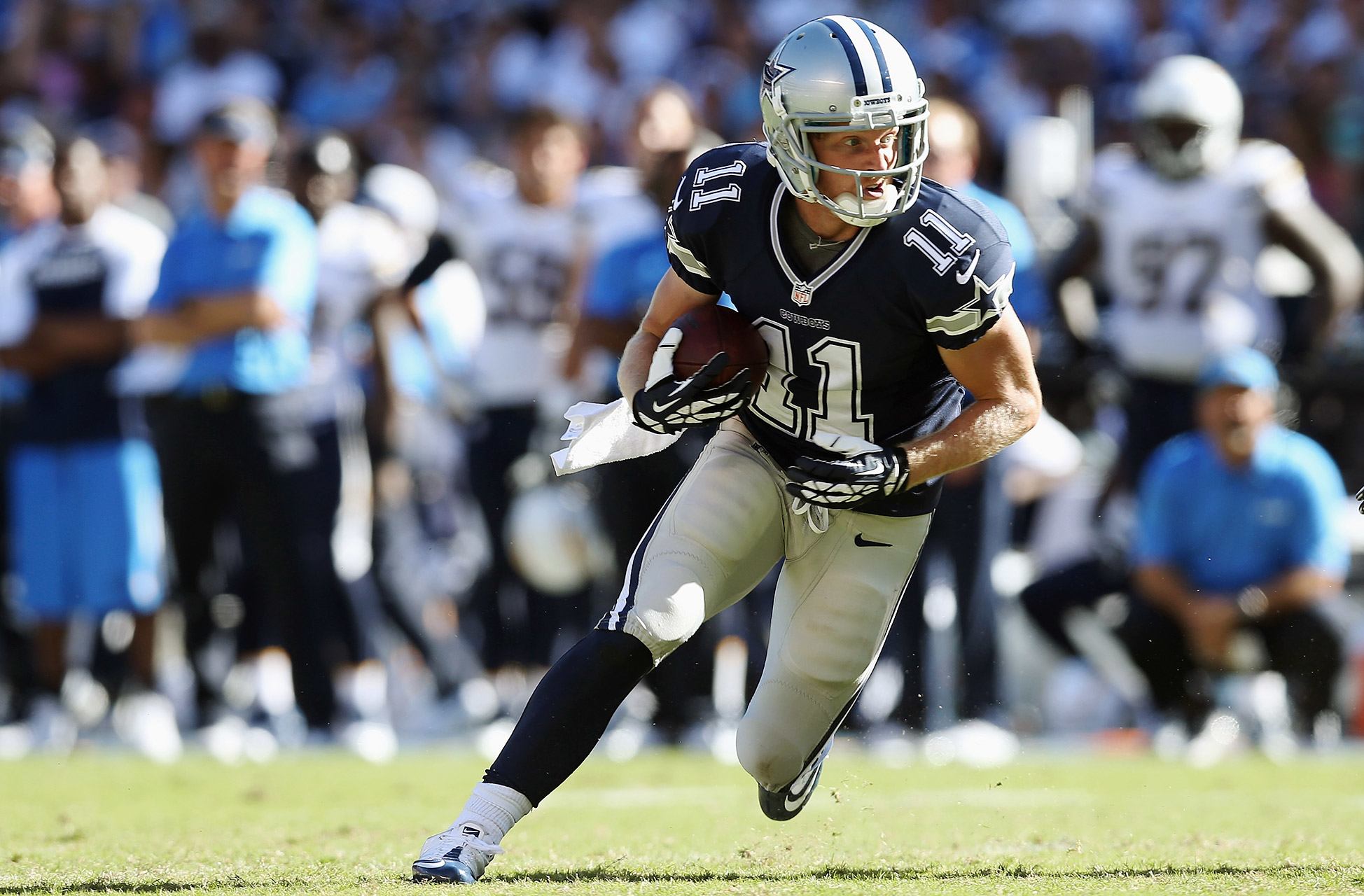 In 2016, Cole Beasley led this team in receptions. He was one of the most important players for Dak Prescott's development as a rookie and he simply helped the team move the ball. When Dez Bryant was out with an injury, Beasley was the most important receiver of the team.

Why hasn't Cole been as involved on this offense as he should be?

I think there are more than a couple of reasons for this. And I also think Scott Linehan should start thinking about how to get 11 more involved as soon as possible.

It's worth mentioning, that opposing defenses have been very cautious regarding the Cowboys' slot WR. He's faced double-teams, as well as triple-teams.

But that shouldn't be enough to limit Beasley, and that is probably not the reason he is not being used more by the Scott Linehan's offense.

Ever since the 2016 Cowboys season ended last January, we've been talking about how Dez Bryant and Dak Prescott would develop a chemistry that would take the QB-WR duo to another level.

But it just seems that chemistry isn't there. And at times, it even feels like Dallas is trying to force such thing. Maybe they should change things up a bit.

Last year, Beasley did have a connection going on with Dak Prescott. Why not go back to that? Even though he is being paid more attention by opposing defenses, this offense needs to find the way to make it work.

Scott Linehan should be working on ways to get one of the best slot wide receivers the ball and help this offense get going. He can be that difference maker.

Maybe even try to use him at the same time as Ryan Switzer. He might be a rookie, but with their similar skill sets, they can become a threat for other defenses. These types of receivers are not easy to cover, let alone two of them.

The Cowboys offense has had slow starts, and slow endings, as was the case yesterday. They need to find the way to be effective for 60 minutes.

Cole Beasley might be the answer. If he gets going, the whole offense will get going.

Mauricio Rodriguezhttps://www.facebook.com/PrimeroCowboys/
I love to write, I love football and I love the Dallas Cowboys. I've been rooting for America's team all the way from Mexico ever since I can remember. If you want to talk football, I'm in... You'll find me at @MauNFL.
Previous article
Dallas Cowboys Season Hinges On Green Bay Game
Next article
Does Cowboys Defense Deserve Pass In Sean Lee’s Absence?

I agree because dak is at his best in the short to intermediate passing game. Why not work to his strengths and get beasley and switzer on the field together on 3rd and short, it only makes sense. They can’t double everyone especially if zeke is in the back field. If witten or t-will or even zeke have to come off the field sometimes on 3rd down then so be it, I’m not saying take them off all at once but change it up a little, switzer and beasley would be very hard to defend. We need to spread these defenses out and get our QB comfortable in critical situations.

I couldn’t agree more with you. And you said it perfectly, “it only makes sense.” Thanks for reading, Nick.

The Cowboys need to come up with some plays that include Cole Beasley & Ryan Switzer on the field at the same time! The Cowboys never seem to use the weapons it has on the team, come on the only time Ryan Switzer is on the field is to run that dump jet sweep. Let’s go 4 to 5 WR’s and spread the Defense out and make them go man to man coverage! Believe me someone will get open between Dez, Terrance, Cole , Butler and Ryan! That is if the Offense line will get their heads out of their butts and start pass blocking! How about, leaving a RB in to help pass block, that is a idea! Come on Cowboys! coaches and players! you can do so much better, just execute! and please stop playing so predictable and conservative!!
GO COWBOYS #1 FAN!!!! P.S. someone tell Zek to put down those 12oz curls, and pick up some real weights! Because he is a step slower than that season, and looks like he wasn’t ready for the season!

You know why? They seem scared to take Witten out of certain packages..or any packages period…ive been saying this for years. Witten is not the threat he once was..and having him out there sometimes..makes the Cowboys offense typical and easier to defend..like u said…more Switzer and Beasely in the same packages!

I think the Cowboys offense and defense will be re-tooled after bye week. I truly believe that the Cowboys coaching staff will figure it out, by going to what made Dak successful, last year.

This means, that some starters will be put on notice, and changes to be made on personnel, both offense, defense and special teams.

If those expectations aren’t met, then it will be another disappointed season, and another 21years of Cowboys kool aid with nothing to show, but hype built on the legacy of the teams of Staubach-Dorsett-Pearson, and Aikman-Smith-Irvin, but productive of the Meredith, White, Romo era of miss opportunities to bringing home the coveted Lombardi Trophy.

How many more years of suffering in the wilderness, which began January 1997, with the loss to the Carolina Panthers, in the playoffs?

Beasley is not a great WR. He’s not big or fast and we don’t run illegal pick plays enough for him to get open like Welker and Kup. We need a TE and two more dynamic WR’s for this offense to shine. Defenses are way ahead of us talent wise. Cordell Patterson would have been perfect for us and Our dynamic TE is on IR. Next draft WR first rd, DT second rd and LB third.

They should with Beasly & Witten, but go 6-11yrds, this 2-4 yrs doesn’t cut it!! Make their cb&safety go 15-20 yrds,to open up middle of field! LB can’t keep Witten & Beasley! It open up run ,QB runs !! Either fire God damn off coordinator! Give or change ur system, be more creative with off!!

I’m a huge Cowboys fan and I’ve always been honest when it comes to the team. The Cowboys are just not very good this year with every aspect of the team. It’s like a completely different team than last year. It’s going to take a few years to be where they need to be.

I think that Dez is demanding more balls thrown to him, this disrupting the offense

I call this the “Diaper Baby Dez” effect. Dez is under the misconception that he has to be thrown the ball a bunch of times per game, even it doesn’t help the team. Time to roll out the script that worked so well….yes and Dez was out injured. I don’t believe that it is an coincidence