It was expected that the Dallas Cowboys offense was going to be the backbone of the team in 2017, but unfortunately they have run a little hot and cold this season. There’s just no spark like there was a season ago, which is strange considering the offense hasn’t changed much. Someone needs to step up and provide that spark, and I think that player might just be Ryan Switzer.

The Dallas Cowboys drafted Ryan Switzer in the fourth round of the 2017 NFL Draft because he was such a dynamic weapon during his time at North Carolina. Unfortunately, we have only flashes of the weapon Switzer could be in Dallas. But despite that, I personally believe it’s time to work him into the offense more.

To date, we have only really seen Ryan Switzer returning punts and kickoffs this season. He hasn’t been spectacular or anything in that role, but he has shown glimpses of how dangerous he can be with the ball in his hands. It’s that ability that can add a spark to the struggling Cowboys offense, especially now with Ezekiel Elliott out. 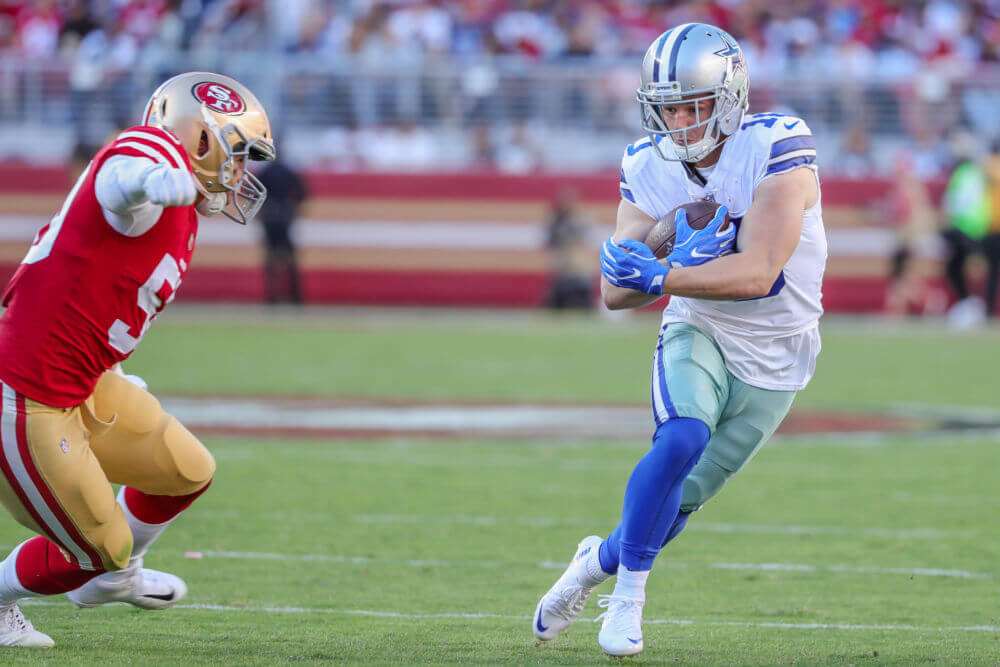 Unfortunately, we were led to believe that the Dallas Cowboys receiving core was the most talented the team has had in quite some time. You wouldn’t know it by the way they have performed this season. Dez Bryant doesn’t quite look like the player we are used to, teams are completely bracketing Cole Beasley to take him out of the game, and both Terrance Williams and Brice Butler simply can’t be trusted. No one is living up to expectations.

Now, it may surprise you, but I’m going to suggest the Dallas Cowboys finally use Ryan Switzer as a wide receiver. Okay, I know it doesn’t surprise you. It’s something Cowboys fans have been hankering for since the season got underway.

Nearly all of Cowboys Nation believed Ryan Switzer was drafted to complement Cole Beasley and that we would see a lot more of the spread offense from the Cowboys. But, I don’t think that has happened once so far, which is surprising considering how the receiving core has been performing.

I’m going to go out on a limb here and predict Ryan Switzer finally has an expanded role on offense this week against the Los Angeles Chargers. I know the Cowboys aren’t very good at making adjustments, but with the way the offense has struggled, something needs to happen.

Dak Prescott has been running for his life the past couple of weeks because of breakdowns in pass protection, which is why he hasn’t been able to find his weapons in the passing game. Switzer can help combat against teams bracketing Beasley in coverage and hopefully help Prescott get rid of the ball quickly.

It just makes too much sense to get Ryan Switzer more involved offensively. But, that’s probably why it won’t happen. The Dallas Cowboys coaching staff seems to like to do things the difficult way, but this is one instance where I hope I’m wrong.

Is Ryan Switzer the spark the Cowboys offense is missing?