Unfortunately, this is the slow time of year in the NFL. Teams have finished up their organized team activities (OTA's) and minicamp practices, and now are in limbo until everyone reports to training camp. With things so slow news wise, I thought it would be a good idea to share with all of you my pre-training camp 53-man roster prediction, starting with the offensive side of the ball.

I understand it's still way too early to make such predictions, especially since we haven't seen some of these players in pads yet. But, we should all still have a pretty good understanding about which positions are pretty much locked down and which ones are still up for grabs.

It is really starting to look as if the Dallas Cowboys will only carry two quarterbacks on their 53-man roster in 2017. This is somewhat surprising considering they have carried three in the Jason Garrett head-coaching era, but it does free up an extra roster spot for depth at another position.

Dak Prescott is looking to build upon his impressive rookie season and I personally don't see any reason why he shouldn't. The coaching staff also seems to be comfortable with Kellen Moore as a backup, but scouts will continue to keep an eye out for potential upgrades. Who knows? Maybe they have the recently retired Tony Romo on speed dial just in case.

As things stand right now, I have the Dallas Cowboys caring four running backs on their 53-man roster. But, I only have Ezekiel Elliott, Darren McFadden, and Keith Smith down as virtual locks. I think the fourth spot is still up in the air.

I have Rod Smith making the team right now because of his versatility to play fullback, tailback, and special teams. Because of his ability to contribute in several different areas, I think the Cowboys keep him over Alfred Morris. But, I think scouts will be on the lookout for another RB who could possibly be an upgrade. 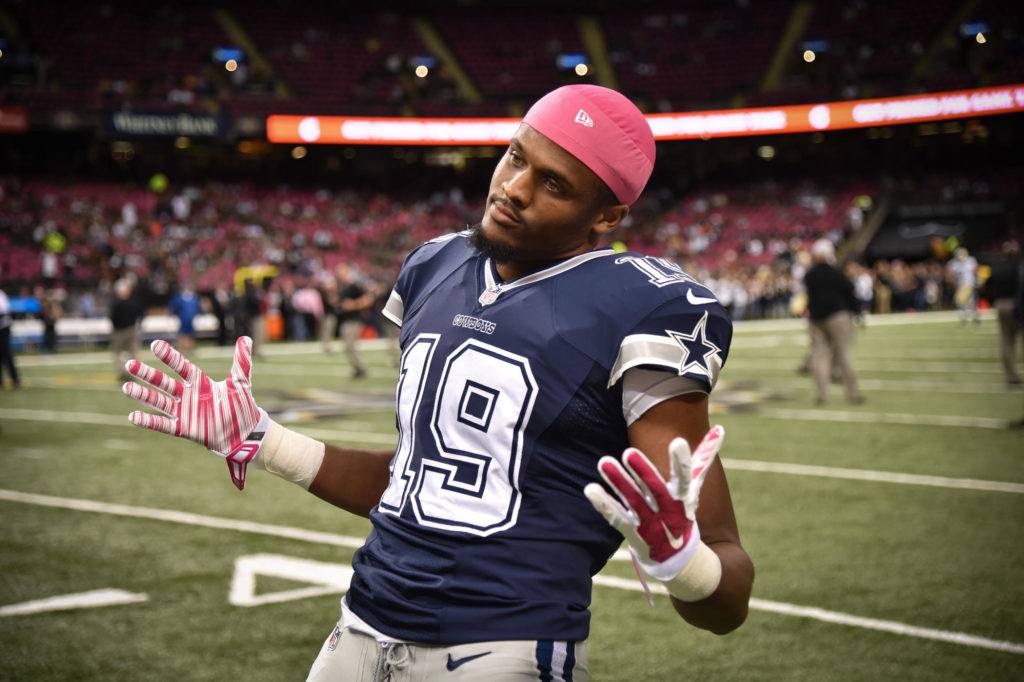 It wouldn't surprise me at all if the Dallas Cowboys decided to just carry five wide receivers on their 53-man roster, but I decided to go little long here. I think Dez Bryant, Cole Beasley, Terrance Williams, and Ryan Switzer are the only names written down in ink, leaving the fifth and possibly sixth spots up for grabs.

Brice Butler isn't guaranteed anything, but he has been receiving some high praise this off-season because of his play on the field. Noah Brown is going to have to clearly outplay Butler, but he can also contribute more in several different ways. Brown plays special-teams, wide receiver, and could be used in the role of a H-back/TE because of his blocking ability. For now, I have both of them making it. 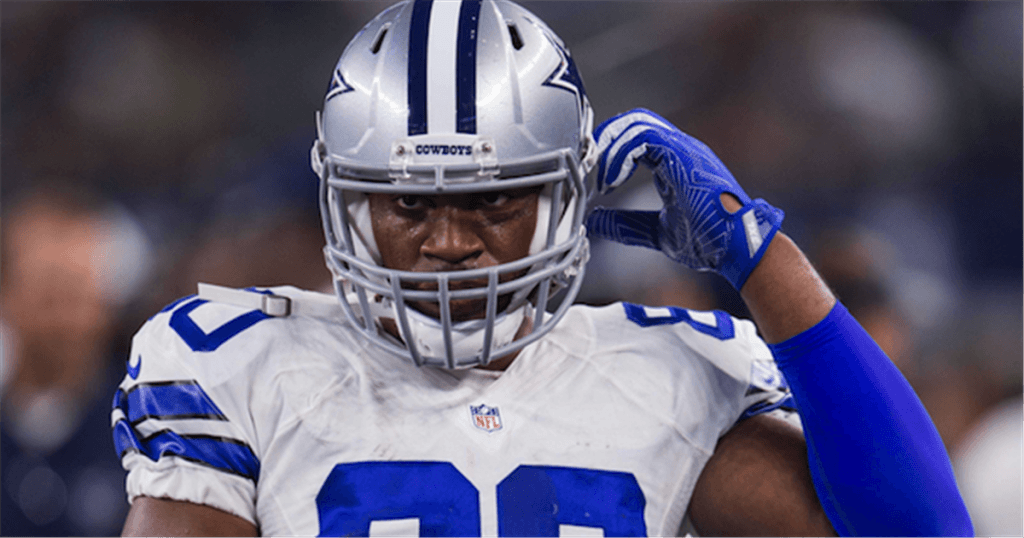 I went with just three tight ends for now, but that could change depending on Geoff Swaim and James Hanna's ability to come back from their injuries. I know I'm going to be heavily scrutinized for not including fan favorite Rico Gathers, but he still needs time in his development before he can be trusted.

This position is impacted by the fact I carried an extra WR, but like I mentioned earlier, I think Noah Brown is capable of filling in if needed. However, the Cowboys may decide to keep Gathers, especially after the time they invested in him. If Swaim or Hanna don't return to their old selves, I have Gathers as the third TE. 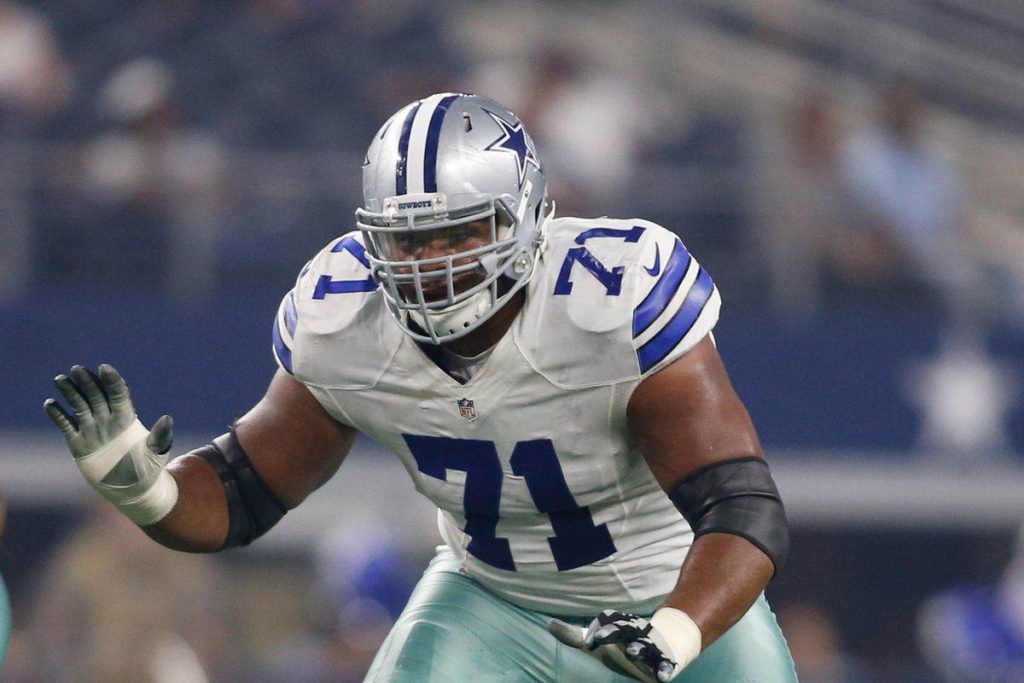 Three out of the five starting offensive lineman are set in stone, and possibly the fourth if La'el Collins sticks at right tackle. But, I still decided to go with nine offensive lineman because the left guard position is still up in the air and the fact that Chaz Green and Jonathan Cooper can't seem remain healthy.

Collins is going to start at either right tackle or left guard, but who the fifth starting offensive lineman is remains up in the air. Cooper, Green, Looney, and Bell are all competing for the LG spot, but none of them really inspire any confidence. The scouting department will be looking long and hard at adding another starting caliber LG or RT, but I think they still go with nine OL because of all of the uncertainties. 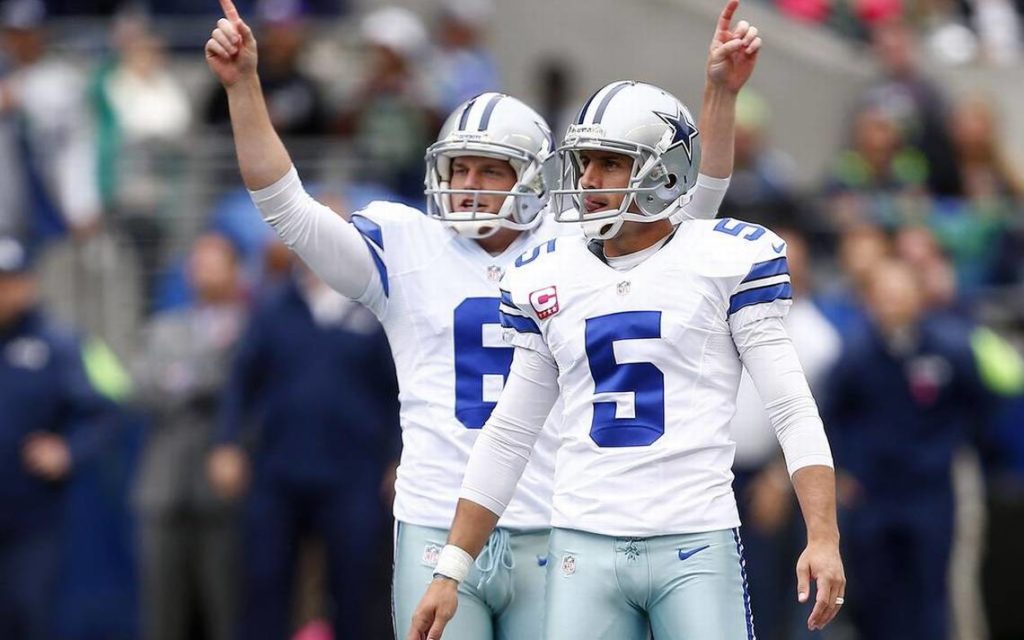 If only all of the positions were as easy to predict as the specialist are for the Dallas Cowboys. This is the one and only position that has any stability and the only one that doesn't require any guesswork. All three of these players are a lock to make the final 53-man roster.

Do you agree or disagree with my 53-man roster predictions so far?

The Dallas Cowboys are coming off of a red-hot December in which they went 4-0 by averaging 32.8 points per game on offense and...
Read more
Cowboys News

The Dallas Cowboys have their CB1 in Trevon Diggs. Anthony Brown, for now, at least, has the lead to start opposite Diggs but rookies...
Read more
Cowboys News

Which Players are Locks to Make the 53-Man Roster for the Dallas Cowboys?

Rookie minicamp has come to a close, and the veterans will take the field this week in "phase two workouts" before their first set...
Read more

Excited to see what Switzer and Noah Brown do. Brown has a lot of HBack/TE qualities also. Could be in our 12 and 13 packages I would guess

I think a lot of Cowboys fans are excited about Switzer, myself included. I also really like Noah Brown because of all of the different ways he can contribute. It’s going to be hard for him to outplay Brice Butler, but I still think he has a chance to make the 53-man roster.