11 days. 264 hours. 950,400 seconds. That's how long we have to wait until the 2017 Dallas Cowboys begin the first practice of training camp in Oxnard, California. There will be a field full of players, and a staff full of coaches participating in all practices from July 25th to August 17th. But the one question everyone has on their mind right now is, “What will that 53-man roster look like?”

Today, I'm giving you my version of the Dallas Cowboys 53-Man Roster. 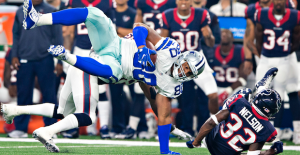 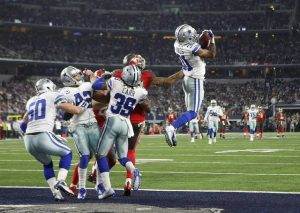 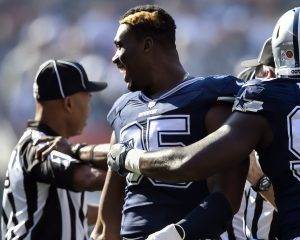 Obviously, we all should know by now that David Irving is going to be suspended the first four games of the season due to a failed drug test (PEDs). Fortunately for the Cowboys, he will not count against the roster during that time and will not be paid while he serves his suspension.

Another likely starter missing from this list is Damien Wilson. Again, it should be no secret why either. Wilson was recently arrested for assault with a deadly weapon and is facing prison time if convicted. While we haven't heard much about the situation, it's hard to believe Damien Wilson has much of a future left with the team after such a promising two years.

Byron Bell is another name some people may be curious about. Bell was a tough decision for me due to his ability to play both guard and tackle, but that offensive line is crowded and almost all the players in the room are familiar faces, except Bell. Initially, I had Bell on and Emmett Cleary off, but the coaching staff seemed to like Cleary when he saw the field some last year. Both players will compete for one of the last few roster spots in camp, but currently I have Cleary making the cut just ahead of Byron Bell.

It was no question even before the draft that Lucky Whitehead's roster spot wasn't safe, it became even clearer when they selected Ryan Switzer in the fourth round of the 2017 NFL Draft. Whitehead has made a few big plays for the Cowboys as a returner in his three years with the team. He has also made a few bad decisions — off and on the field — that have killed some drives, even some games. With Switzer's ability to add value to the offense and an upgrade on special teams it seems that Lucky's days are numbered in Dallas. 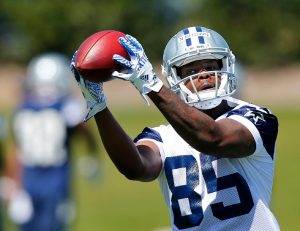 In an already crowded cornerback room, Marquez White squeezed his way onto my 53. White is likely a game-day inactive, but trying to get him to the practice squad seems a little too risky for me. I would personally trust White to step in and play if needed. White has some learning to do but has a high ceiling and had impressive film at Florida State.

Noah Brown is another rookie selection. Brown is a big bodied receiver who wins with his physicality. Brown is another guy who is way too risky to try to sneak onto the practice squad, plus injuries haven't treated the Cowboys' receivers too friendly over the last few years. It will likely come down to either Noah Brown or Andy Jones for the final receiver spot, but Brown's traits and ability to play as an outside receiver make him more likely to win the spot.

Without the suspension or release of Damien Wilson, John Lotulelei likely isn't making the team, but with a spot open and how much noise Lotulelei has made in OTAs and mini camp, he's won me over. While he doesn't play the position that Wilson played, he is a veteran player who has experience playing multiple linebacker spots who can add depth to both defense and special teams.

Joey Ivie was another guy who I went back and forth on. With Irving's suspension, backup at the three-technique will be limited to just Tyrone Crawford with him also helping out at defensive end. Ivie is a guy who will shine in training camp and preseason. Joey Ivie is perfect insurance while we wait for Irving to make his return.

The one new guy who could potentially be the biggest difference maker is Jaylon Smith. Jaylon Smith isn't new to the team, but he would be new to the 53-man roster. Smith's availability is still up in the air to start the season, but I have him healthy enough to start the regular season on the roster and contribute enough to warrant that spot. Training camp will tell us how far along Jaylon Smith is, something all of Cowboys Nation has been foaming at the mouth over since last April.

Waiver claims from the final cutdown day have come and gone and the Cowboys didn't take any losses. None of their waived talent from...
Read more
Cowboys News

Gone Today, Back Tomorrow: Some Cowboys Cuts are Only Temporary

As news of roster cuts is rolling in from all over the NFL, you may be shocked by some of the names popping up...
Read more
Cowboys News

While they have until 4:00 pm EST to reach the 53-man roster limit, the Dallas Cowboys got to work Sunday with some early moves....
Read more