There is a lot of fanfare going on for Dallas Cowboys Legend Tony Romo. The former quarterback, yes former, had quite the day on Tuesday, April 4th. The world of Cowboys Nation stopped when Romo announced that he is retiring from the NFL, things hit a new gear when word was announced that Tony is joining CBS as their No. 1 Color Analyst, things got crazy when Romo was actually released by the Cowboys, and all the while an outpouring of emotion has gone on throughout social media.

The Official Twitter Account of the Dallas Cowboys joined in during the latter, after Romo himself released a photo of him donning his new CBS blazer. The Cowboys put together a nice video montage with narration from Tony's first coach in Dallas – Pro Football Hall of Famer Bill Parcells.

It really is fantastic to see so much love and affection being shown for Tony Romo as he enters a new phase of his life in the NFL. Romo has given so much to the Dallas Cowboys and with the way things transpired throughout the 2016 season, it's overwhelmingly fantastic to see everyone (yes, everyone) on the same page of happiness.

#Cowboys QB Dak Prescott with a fantastic note of congratulations for @tonyromo on his retirement. (h/t @dak Instagram) pic.twitter.com/JdQDjpa7Ag

Many different people have reached out to offer congratulations to Tony Romo on social media, including his successor – Cowboys Quarterback Dak Prescott. This whole situation has, at times, carried an air of awkwardness so it really is great to see the whole band playing the same song.

This is – essentially – a situation where everybody won. The Cowboys get the cap relief afforded to them by Romo's June 1st designation, Tony himself gets a brand new job with an extremely bright future, and we all get the peace from this drama finally being over with the ability to finally look forward to what matters most – Cowboys success and Tony Romo success. 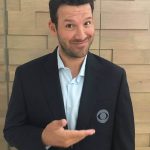 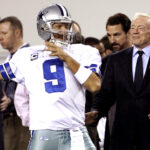