On the same day that 2016 second round pick Jaylon Smith strapped on a helmet and participated in the start of the Dallas Cowboys' OTAs – a massive step towards his return to football action after missing his full rookie season – the Cowboys also reportedly began to show some interest in another linebacker's services, those of veteran Daryl Washington.

While the 509 days that it has been since Jaylon Smith's last tackle seems like a lot, coming in the bowl game against Ezekiel Elliott's Ohio State Buckeyes that cost him draft positioning and this past season, it is nothing compared to the 1,242 days that Daryl Washington has gone without seeing NFL action.

Washington was recently reinstated after serving a three-year suspension for separate issues, first drug related and later due to domestic violence. Daryl was suspended for the first four games of the 2013 season – the last we saw of Washington – for his second violation of the NFL substance abuse policy.

The former Cardinals linebacker would bring plenty of baggage to his new team, which is an unwelcome sight to Cowboys fans coping with the pending loss of David Irving as the latest Dallas defender to land a season-starting four game suspension. 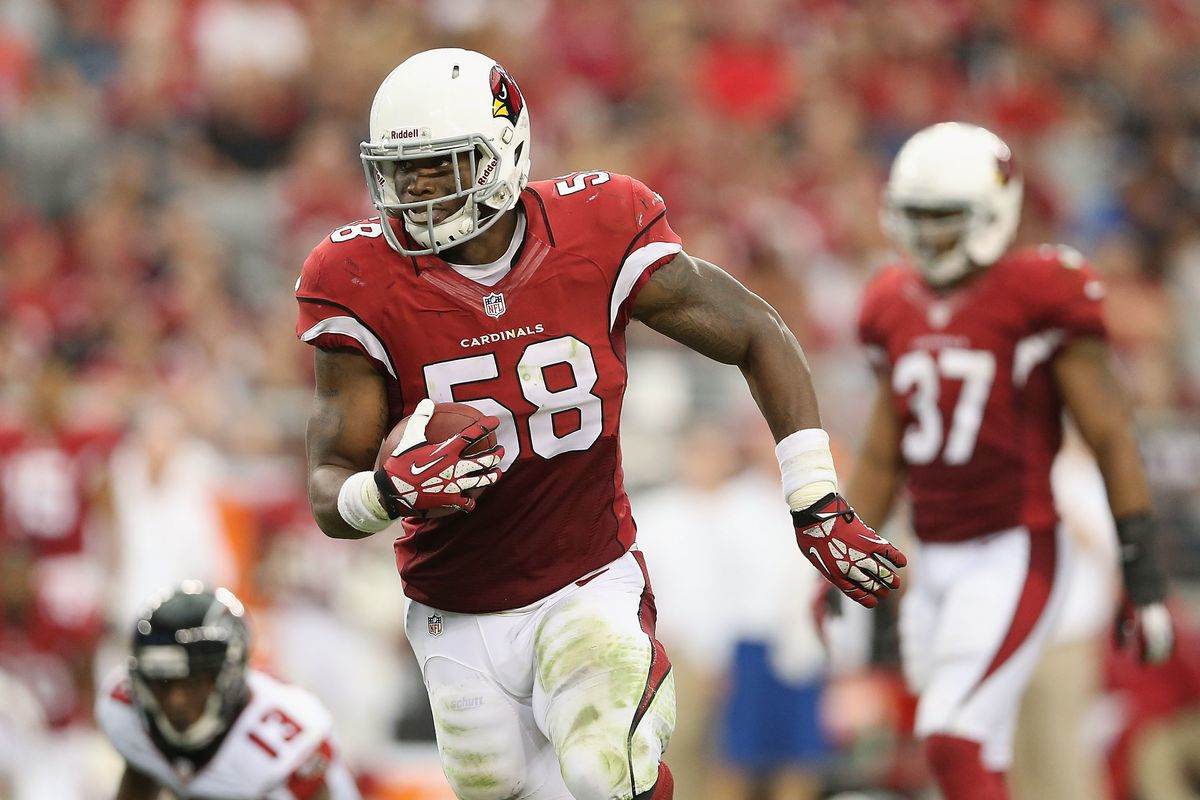 “Doing their homework” on a player that was a 2010 second round pick (selected 47th overall, eight picks before Sean Lee) and 2012 Pro Bowler is hardly something the Cowboys will be alone in, as Washington – last we saw him in Arizona – was the perfect Rod Marinelli linebacker, flying around the field and stopping running backs in their tracks.

Just last summer around this time, we were talking about a very crowded depth chart for the Dallas Cowboys at LB. It may not have included Jaylon Smith, but there was Anthony Hitchens, Damien Wilson, Sean Lee, Mark Nzeocha, and Kyle Wilber.

With Sean Lee's starting spot locked into stone, and the Cowboys playing dominantly with just two linebackers, it would appear that adding Smith at MIKE and allowing the rest of these names to compete for the lesser opportunities at SAM – a role that Damien Wilson has shown plenty of promise in – could be the way to go.

This hasn't stopped the Cowboys from leaving no stone untouched in adding, at the very least, an intriguing camp body at linebacker by considering Daryl Washington. At his best, Washington could be the perfect backup to Lee or Smith, and more realistically could thrive in the “Justin Durant” situational veteran LB role if signed.

Conversely, the Cowboys could also feel good about their young depth at LB as one of the best overall young and talented teams in the league.

Here we go again, another offensive tackle story to be told. This time it's Jason Peters from the Chicago Bears. A lot of you...
Read more
Cowboys News

Man I don’t know….a signing likes this makes me nervous for one reason. It feels and appears that Dallas is working on their team character. Shedding the Hardy’s and McLain’s although Gregory is on the roster. I will say though that Gregory is a different case, in that he seems to be a really good dude that just happens to need marijuana in his life to deal with life. There is documented history on this. Washington has a domestic abuse case in the past and multiple drug suspensions. At this point do we know how long he has been clean and how long he has been certified clean by the NFL. If it’s the full 3 years that says something about his commitment. However, a signing of a guy like him at this time flies in the face of what we are trying to do. From what I have seen and read and researched every one of our draft picks are high character guys, aside from this questionable matter with Jourdan Lewis which may or may not be a trumped up case. I don’t like the idea of tossing a potential rotten apple into the barrel and it also perpetuates the league reputation that Dallas is a haven for wayward souls

Thanks for your thoughts Randy. All of this is fair, and I agree with where the direction of the team at least *should* be heading, but you’re about to enter another season with a suspended defensive player. As you’ve pointed out every case is different, but kicking the tires on Washington might not hurt – thanks to either his own efforts or those of the other linebackers that the Cowboys already feel good about.