The Dallas Cowboys' roster is immensely deep, particularly on the offensive side of the ball where the most talked about player on the team right now is QB2 hopeful UDFA Cooper Rush. Whether or not Rush has a spot on this team comes down to the roster crunch at wide receiver and tight end in my eyes, where the Cowboys have reliable starters at the top of both depth charts paired with intriguing depth below.

Stealing the show this preseason has been TE Rico Gathers, as the Cowboys' year-long commitment to him as a member of their practice squad last year has paid off so far with Gathers taking significant strides as a legitimate vertical and red zone threat.

Gathers did not play against the Colts last week at AT&T Stadium though, and in his absence it was WR Noah Brown making a highlight play with a touchdown reception on a Cooper Rush pass.

Not as noticeable were the important contributions from Geoff Swaim and James Hanna, two tight ends that have dealt with their own injuries to return to Dallas' lineup and make an impact that reaches farther on Scott Linehan's offense than that of any backup receiver.

Seeing Noah Brown line up outside with Brice Butler in the slot was a great moment, and I know I'm not alone in admitting my mind was racing with possibilities on the outside that could soon include rookie Ryan Switzer and perhaps Andy Jones.

All of this WR depth has to be put in perspective though, as come meaningful football for the Cowboys it will be Dez Bryant, Terrance Williams, and Cole Beasley primarily being targeted by Dak Prescott. This is the offensive continuity that has had Cowboys Nation eager for the 2017 season, and the current stable of TEs adds a needed element of diversity to the offense.

When healthy, James Hanna can significantly help the Cowboys' rushing attack as a physical blocking TE with some impressive movement ability. Assuming the Cowboys will be playing without Ezekiel Elliott for some time this season, and with a new starter at RT in La'el Collins, the need for this willing blocker at the end of the line of scrimmage is clear.

Entering year two, Geoff Swaim possesses more of a complete game that the Cowboys seem content with expanding. Swaim may not be the assuring blocker that Hanna is, but he can run sharp routes and be a dual-threat option across from Jason Witten in heavier packages. 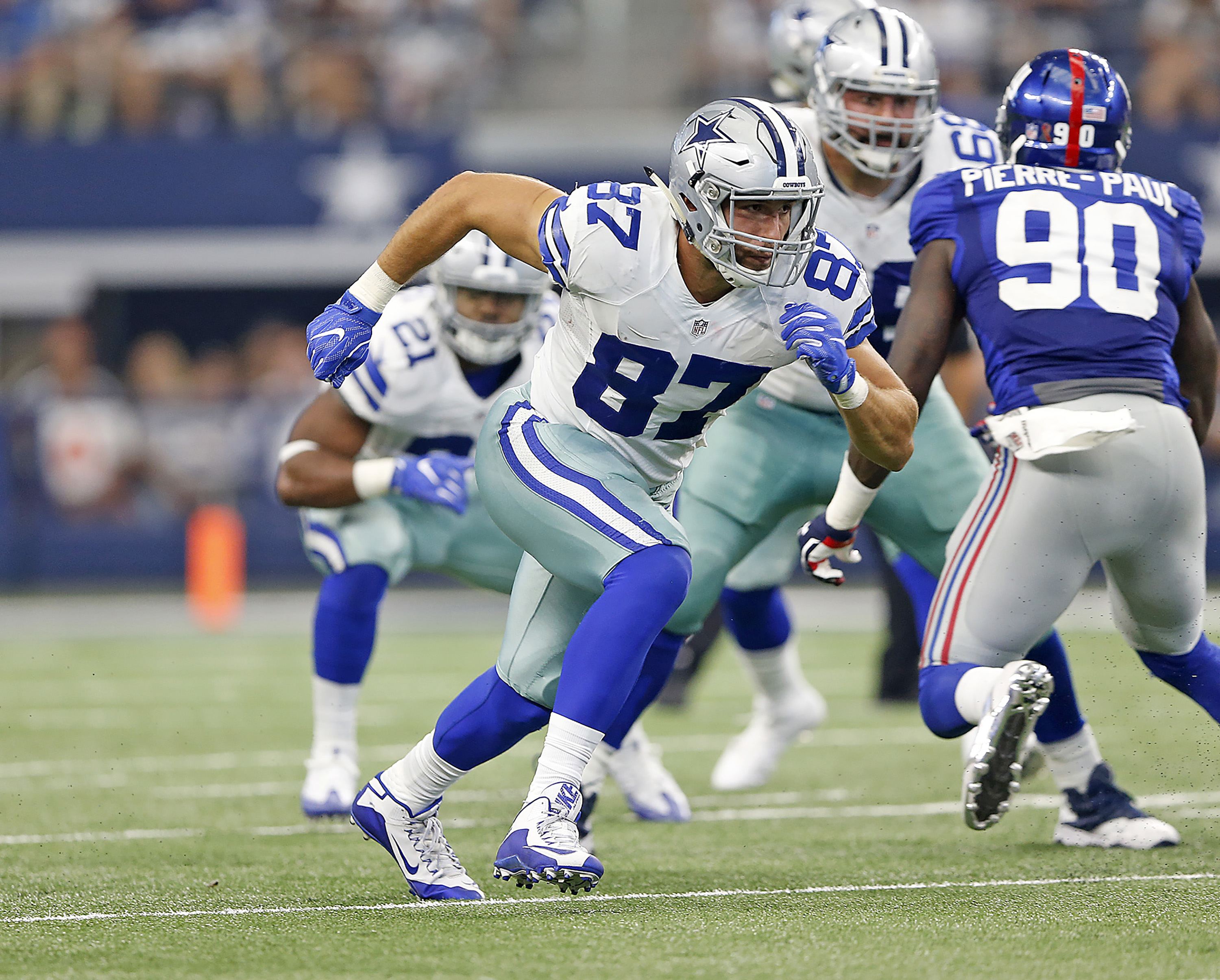 For as potent as this team's passing offense expects to be in 2017, the Cowboys' strength on that side of the ball is going to be their rushing attack for years to come. Protecting depth at TE will be more important that doing so at WR – where starters are already set in stone and upside is significantly lower.

Tough roster decisions are coming for a Cowboys team that is the deepest it has been in years, and it will soon be time for Cowboys Nation to hitch their wagon to the likes of Andy Jones, Noah Brown, Rico Gathers, or Cooper Rush based on how they would like to see this football team be built.

As the 13-3 defending champions of the NFC East, I would like to see a deep group of four tight ends compliment the best offensive line and running back in the league for the Cowboys moving forward.