Without Ezekiel Elliott for the next six games, the ultimate unknown for the Dallas Cowboys is how they will adjust during his absence. It doesn’t really matter if you personally believe they should go to more four receiver sets or if they will be fine with their current stable of running backs. There is one thing they absolutely can’t do against the Kansas City Chiefs, abandon their run first mentality.

There is no denying that going from Ezekiel Elliott to Alfred Morris or Darren McFadden for that matter is a huge step down. But, I discovered something this week when studying the Kansas City Chiefs and I think it could actually benefit the Dallas Cowboys Sunday afternoon.

The Kansas City Chiefs have been pretty impressive this season, especially on the offensive side of the ball. Alex Smith could very well be the NFL MVP, Kareem Hunt is leading league in rushing, Travis Kelce is one of the best tight ends in the game, and Tyreek Hill is arguably the most explosive player with the ball in his hands. But, the Chiefs are susceptible on the defensive side of the ball.

Shocked? So was I.

From the outside looking in, I thought the Kansas City Chiefs had a pretty good defense. But, looks can be deceiving. They’re are currently ranked 30th in total defense, but I think it’s the rushing defense the Dallas Cowboys can take advantage of the most. 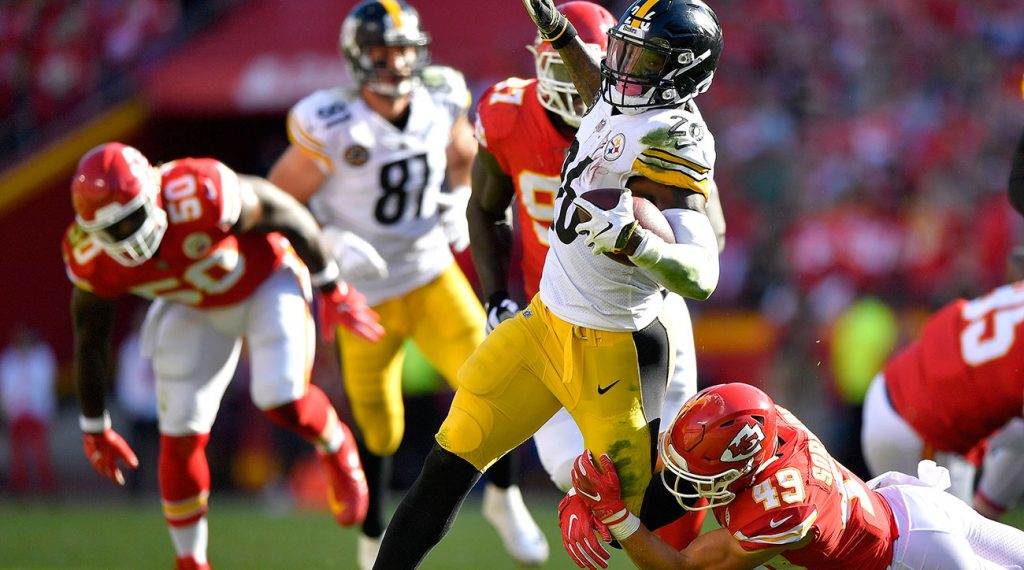 The Kansas City Chiefs are currently ranked 29th in the league giving up 4.9 yards per carry to opposing running backs. That should have the Cowboys coaching staff licking their chops for this matchup, even without Elliott in the lineup.

Everybody knows the Dallas Cowboys pride themselves in the offensive line they have put together. They are arguably the best in the NFL at what they do, and what they do best is block in the running game. That is why I think the Cowboys would be foolish to abandon their run first mentality.

You see, the Chiefs defensive lineman have a problem maintaining their gap discipline and as a result get washed out of plays. That leaves their linebackers to pick up the slack, but fortunately for the Cowboys Derrick Johnson and Reggie Ragland have been struggling this season.

The Dallas Cowboys absolutely have to take advantage of the Chiefs defense, especially in the running game. Whether it’s Alfred Morris, Darren McFadden, or Rod Smith. They have to continue to control the game clock in the running game and keep the Alex Smith led Chiefs offense off the field.

If the Cowboys can find success in the running game, I don’t see any reason why they can’t come away with a victory in front of their home crowd. But, if they abandon their run first mentality, it plays right into the hands of the Kansas City Chiefs. That simply can’t be allowed.

Will the Dallas Cowboys stick with their run first mentality?