Cowboy fans have been calling for a true player at the safety position for…. Well, for as long as I can remember. And yet another draft comes and goes and the Cowboys decided to pass on taking a safety that was ranked in the first round (In this case there were two).

Ever since the season ended the “experts” had the ‘Boys taking either Ha-Ha Clinton-Dix or Calvin Pryor, depending on whose mock you read that week. However, I wasn't buying it.

In one article I wrote about free agent needs the one position I left off was Safety. I felt the team really liked what they had in Barry Church, J. J. Wilcox, Jeff Heath and even the rarely seen Matt Johnson.

I felt strongly the team really liked what they saw from third round draft choice J.J. Wilcox. Wilcox came in playing the safety position for just one season; however he showed so much promise during minicamp and on into training camp that the team named him the starter during the preseason. However, the day the team named Wilcox the starter he also received the news his mother had passed away. Anyone that has lost a loved one knows how devastating that can be.

When Wilcox came back he picked up where he left off and continued to learn on the fly. Later in the season Wilcox ended up hurting his knee and missed even more time. Heath filled in, but there was a huge drop-off in my opinion.

Wilcox eventually came back but you could tell he wasn't the same. With the combination of the knee injury and dealing with the passing of his mother, and missing an extended period of time due to both events, everything just seemed to catch up with him. He never regained his form.

However, what he did do was show enough promise and enough growth in such a short amount of time that the front office decided he was the player the team had been searching for opposite Barry Church.

The front office displayed their confidence in Wilcox and the other young safeties by not adding another safety in free agency, and then not drafting a safety until the 7th round.

Time will tell if Wilcox is indeed the answer at the safety position, but for right now I think he is, and so does the braintrust of the Dallas Cowboys.

Brian has been a football junkie from the time he was 5 years old. He lives, eats and breathes the game. Brian is a college graduate living in the south who loves his faith, his family, and his Dallas Cowboys. 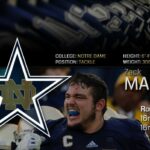 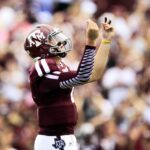