The San Francisco 49ers put an end to an era by releasing Linebacker NaVorro Bowman this Friday. It was a surprising move by San Francisco, no doubt. But, it makes a lot of sense for them. Rookie Reuben Foster will be able to take over and they'll give their beloved veteran a chance to find a new team. Perhaps, a Super Bowl contending team.

Naturally, a lot of NFL franchises will be interested in such a noteworthy free agent. He is an instant-impact player in just about any defense that needs a middle linebacker for their team.

Dallas Cowboys fans always want this team to sign just about every big-name FA available, and most of the time, this team isn't interested on them.

Well, NaVorro Bowman is a guy who they will be definitely interested on. Or at least, they should be.

We all know this football team has a lot of problems, but defense is the biggest one. With three losses through the first five weeks of the season, the Cowboys have a chance to improve Marinelli's squad.

While a big part of Cowboys Nation argues how the defensive line and the secondary are the biggest needs for this team, linebacker might be weaker at this point.

Sean Lee has missed the last couple of weeks to a hamstring injury, and without him… we all know the answer.

Jaylon Smith has been playing as the middle linebacker for the Cowboys all season and well… he doesn't seem to be ready. He might be a great LB down the road, but now he shouldn't be starting at all. He is hurting this defense.

If the Cowboys sign Bowman, they can play him as the MIKE, keep Sean Lee as the WILL, and there is your nickel defense. You give Hitchens some snaps too, and take it easy with Jaylon, who could use more time to get to his old Notre Dame shape.

It's not common to see Jerry Jones' team go out there and sign an expensive, older free agent when there are more than a couple of teams interested. This front office isn't into bidding wars that much.

However, for a team that has had a pretty slow start, a struggling defense and a lot of drama off the field, this could turn into a positive acquisition. Going after him would be a good thing for the Dallas Cowboys.

Haha, I know that feeling.

How could we not sign him given he played at Penn State with LEE. IF healthy we should pounce on him. We have 10 Mill Cap space to burn.

I agree, it could be a great addition.

What’s there to discuss? Sean Lee, reach out to your buddy. Jerry, get out the checkbook.

I read that Broaddus said Bowman is a liability in coverage. I think we can use him in everything else he brings

He would help this run defense A LOT.

We need coverage bro, more than anything, though he would help out of Lee keeps getting hurt…

Great idea but if he can’t cover we don’t need him that much our issue is the middle of the field teams are exploiting that space in pass and be run. If they don’t make adjustments real fast we are in big trouble

Our run defense is far from good, he could fix that.

By signing him it can only help, it can’t get no worse

I agree, thanks for reading!

Fisher said Thatcher was unhappy about not being on the field and we probably wouldn’t sign him because he wouldn’t want to come here and be a situational linebacker but he wasn’t just sitting pass plays, they were taking him out for entire series’.

Mauricio Rodriguez
Reply to  Not your goat

Visiting Dallas after visiting Oakland, that would be awesome.

Sign him, you need to face the eagle twice

Rest of season deal only, and I’m happy. More than that, not so much

Mauricio Rodriguez
Reply to  Will

They should sign him today! Jaylon Smith is far from ready and is hurting the defense at the moment! This would buy time for him to recover fully and learn the position. If you have watched any of the meltdowns on defense a major part of it is Jaylon and Jeff Heath! Pleas upgrade these two positions! Heath should be replaced by the Colorado Kid or Woods! Jaylon by Bowman, because we do not have any other linebackers we can trust! Lee has always been hurt and Hutchins is good but not great! If we could get a Lee, Biwman and Hutchins on the field at one time then we would be pretty good! Someone needs to admit that Jaylon is not ready! It is not his fault and hopefully he will progress to a good player but he is miserably inept at this time!

This is a NO-BRAINER Jerry get the deal done. You idiot Donald Trump puppet.

I wish you and I all know this isn’t going to happen! The higher ups with this team don’t make these moves at all anymore and haven’t for years!! They have too much faith in what we habe right now! Like this team will dramatically just turn it completely in a game or two! We will end up 8-8 this year or I even think worse. Same ole shit just another year…

He’s visiting Oakland on Monday and then he’ll visit Dallas, reportedly. This could happen. 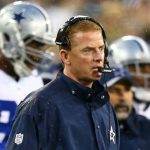 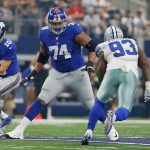