In the eyes of many, Sunday was a no-win situation for the Dallas Cowboys.

Instead, the Cowboys found a third option on Sunday, beating down the San Francisco 49ers 40-10 in a game that wasn't even that close. Beating them down so bad that the rest of the league has no option but to realize the Cowboys are back on the “contender” list going forward.

And, boy, did they ever need to win a game like that.

The main takeaways from Sunday's win are pretty obvious. Ezekiel Elliott is an elite running back, and has the ability to take over any game once he has the ball. Dak Prescott is already one of the better starting quarterbacks in the league, and can do it both on the ground and through the air. The Cowboys offensive line can be a top-tier unit when clicking. And, lastly, both David Irving and DeMarcus Lawrence are really good, especially when playing with a lead.

Did I cover it all? I think that's pretty much the story of yesterday and of the 2017 Dallas Cowboys. 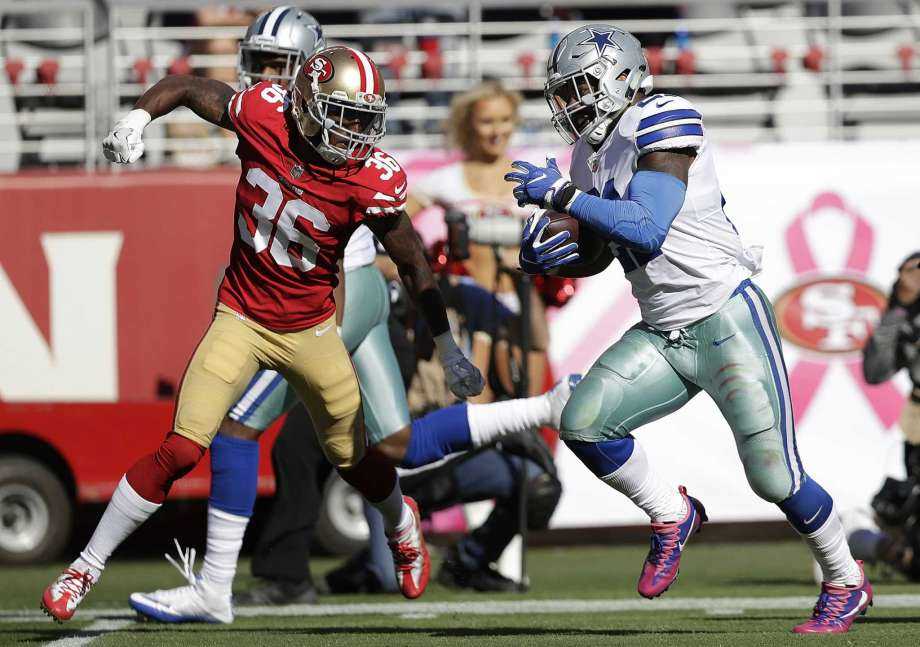 But as great as yesterday's win was, and don't get me wrong it was fantastic, these next four games is where the Cowboys will make or break their season. With a key divisional match up against the Washington Redskins up next, Dallas has a realistic shot to get back over .500 before running the Kansas City Chiefs/Atlanta Falcons gauntlet.

I hate to call any non-elimination game a “must win,” but next Sunday's game with Washington feels like it very well might be that. The Eagles appear to be here to stay, and either Dallas or Washington suffering a loss next week will be crucial down the stretch. Especially when you consider who the Cowboys have to play to finish off this season.

Today's NFL is more about surviving and advancing each week than it is anything else. Each week we see really weird results and upsets you wouldn't expect. By simply avoiding injury and keeping their heads above water, the Cowboys have given themselves a chance to make a run.

With that being said, we will break down the upcoming game, and recap the win over the 49ers in much more detail here at Inside The Star over the course of the week.

For now, I think it's okay to simply be happy about blowing out a professional football team the way the Cowboys did yesterday.

Kevin Bradyhttps://kevinrobertbrady.wordpress.com
Die-hard Cowboys fan from the Northeast, so you know I am here to defend the 'boys whenever necessary. Began writing for a WordPress Cowboys Blog, and have been with ITS since 2016.
Previous articleJudge Denies NFL’s Expedited Hearing Request; Zeke Plays Washington
Next articleSean’s Scout: Offense Gets Back To Basics In Win Over 49ers

Despite a 23-7 deficit going into the fourth quarter the Dallas Cowboys didn't stop fighting. Unfortunately, that fight and their season ended in failure...
Read more
Game Notes

After a disastrous start to their playoff meeting with the 49ers, the Cowboys have settled in kept it a competitive game after two quarters....
Read more
Game Notes

We're just a few hours away from the biggest kickoff of the Dallas Cowboys' 2021 season. What's the confidence level going into this playoff...
Read more

Totally agree with you.Great win off the bye, good play in all phases. Honestly, the way the Falcons played last night, maybe that game is just a tick less scary than before. These next two are huge for sure. We need to stack wins in the East before seeing Philly. If the offense keeps progressing, and Zeke keeps playing, this season still has a chance to be something special. Continued improvement from the defense would be well received as well.

Kaepernick has to be laughing at how far the 49’ers have fallen so quickly. They looked hapless and ready to go home in the 3rd quarter. I know they can’t match up the Cowboys offensive talent, but there is already almost no fight in them just 7 games into the season.

It being a day to honor their 1980’s players who won titles – which all started with “The Catch” to beat Dallas in the 1981 (82) NFC Title game – nothing could be more fitting than the Cowboys embarrassing them at home.

Cowboys fans who watched that game still count it as one that got away. Dallas was in control of the game throughout the 2nd half, up by 6 with 3 minutes left. Landry went into a prevent D and Montana chipped them all the way down the field to score.