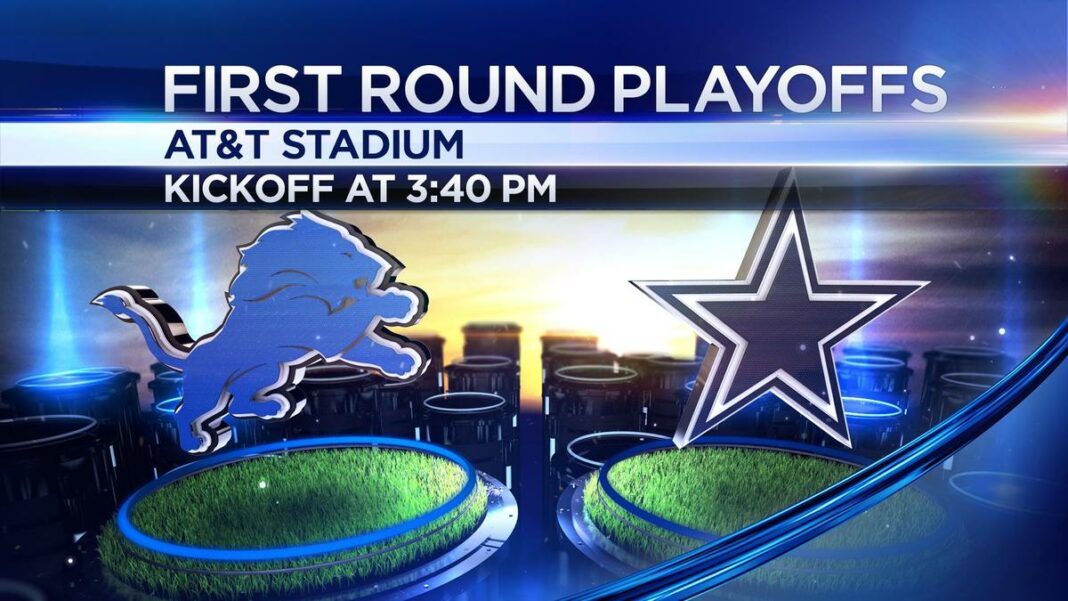 Wild Card Weekend will culminate with the Dallas Cowboys (12-4), winners of the NFC East, hosting the Detroit Lions (11-5) at AT&T Stadium in Dallas, Texas. Winners of four straight games, Dallas’ offense has the personnel and toughness necessary for a deep playoff run. Dallas’ offense is clicking at the right time, scoring 30 points or more in six of its last seven games.

According to TiqIQ, the average price for Cowboys vs Lions tickets is currently $374.74 on the secondary market while the get-in price is listed at $126. With a price increase of 25.9% since Monday’s average of $368.14, Sunday’s matchup between the Lions and Cowboys owns the highest average ticket price among Wild Card Weekend match-ups.

While quarterback Tony Romo normally receives all of the attention on offense, running back DeMarco Murray and Dallas’ offensive line have taken all of the headlines. Murray was the NFL’s leading rusher, compiling 1,845 rushing yards and a league-high 13 rushing touchdowns to pace Dallas’ offense. Murray’s yardage total broke Emmitt Smith’s team record.

Records will be broken when a team boasts three Pro Bowlers on offensive line as tackle, Tyron Smith, rookie guard Zack Martin, and center Travis Frederick will all play in Hawaii. Dallas’ rushing attack will face arguably its toughest test to date when it faces Detroit’s top-ranked run defense. Detroit is allowing a league-low 69.3 rushing yards per game, but may play without its best defensive lineman, tackle Ndamukong Suh. Suh was suspended for Sunday’s tilt after purposely stepping on Aaron Rodgers’ injured calf. Running lanes would be much easier to find without Suh clogging the middle, but Suh's appeal was granted, overturning his suspension.

On the outside, Romo will target wide receiver, Dez Bryant early and often to keep Detroit’s defense at bay. Bryant was one of the NFL’s best receivers, catching 88 passes for 1,320 yards and 16 touchdowns. Expect Romo to feed Bryant to set-up Dallas’ rushing attack. Fans can expect to pay top ticket prices for this match-up.

The Lions fell into the Wild Card round following a loss to the Packers last weekend and will have to climb back from a 10-point loss in the de facto NFC North game. It will likely prove to be a difficult task against the Cowboys, who control top honors in a competitive NFC East and knocked off the streaking Eagles in a pivotal Week 14 matchup. Romo has made a strong case for this season’s MVP, but his fate will ultimately be decided on Sunday when he takes on the Lions at home at AT&T Stadium.

With a win on Sunday, either the Lions or Cowboys will take one giant step closer to this year’s Super Bowl, where average prices for Super Bowl tickets has exceeded the $2,000 plateau on the secondary market. Just three wins separate both teams from the NFL’s biggest stage, where the Lions have yet to appear in franchise history and the Cowboys haven’t played since the 1995 season.

These two teams haven’t played since October 2013, but there are many familiar faces on both sides. Dallas offensive coordinator Scott Linehan spent five seasons in Detroit, mentoring quarterback Matthew Stafford. Linehan’s Detroit-led offense defeated Dallas 31-30 at Ford Field last season. Wide receiver Calvin Johnson torched Dallas’ secondary for 329 yards. Romo threw for three touchdowns in the loss, but Dallas’ rushing attack, which did not have Murray, only mustered 62 rushing yards. The winner of this game will move one step closer to representing the NFC in the Super Bowl.