Cowboys Training Camp: 3 Under The Radar Players To Watch

The Dallas Cowboys don't report to training camp for a few more weeks, which means we still have time to discuss and identify players that we will all personally be keeping track of. Most of us already have our “pet cats” identified or the position battles we will be closely watching, but I decided to go a different direction and identify some of the under the radar players fans should watch at the Cowboys training camp.

To clarify, I classify these under the radar players as those who are still a long shot to make the final 53-man roster for the Dallas Cowboys, but still could surprise us in practices. You know, those players that seem to come out of nowhere and start catching the eye of the coaching staff and those lucky few that are able to attend these practices in person.

I narrowed it down to just three players that I think Cowboys' fans should watch once training camp gets underway. All of these players may still be under the radar, but I still think they have a chance to earn a roster spot when all is said and done. 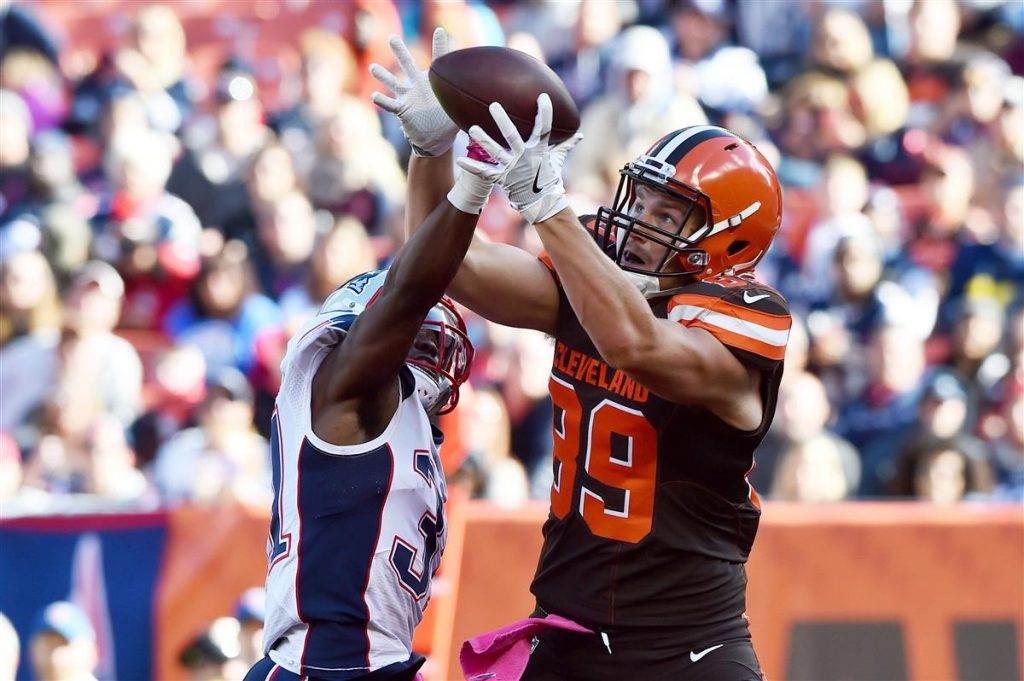 I'm of the opinion that the Dallas Cowboys tight end position is a mess right now. Jason Witten is the only sure thing and both Geoff Swaim and James Hanna have yet to see any off-season work while they continue to rehab from their injuries.

Cowboys' fans have a lot of hope that Rico Gathers can step in and contribute in 2017, but I'm a realist and don't see him far enough along in his development to be reliable. That leaves some roster spots possibly open for a worthy candidate, and I think that's where Connor Hamlett fits in.

Hamlett has the size for an NFL TE (6'7″, 259) and already has a little bit of experience in the league. He started two games for the Cleveland Browns in 2016 before being waived to make room for Jamie Collins. He had just one catch with the Browns that went for 17 yards, but it did result in a touchdown.

Hamlett has supposedly looked better than Rico Gathers so far in off-season practices. But, he will really have to outshine someone the Cowboys have invested so much time developing if he wants to earn a roster spot. It's not out of the question, which is why he is one of the the under the radar candidates I think fans should watch during the Cowboys training camp. 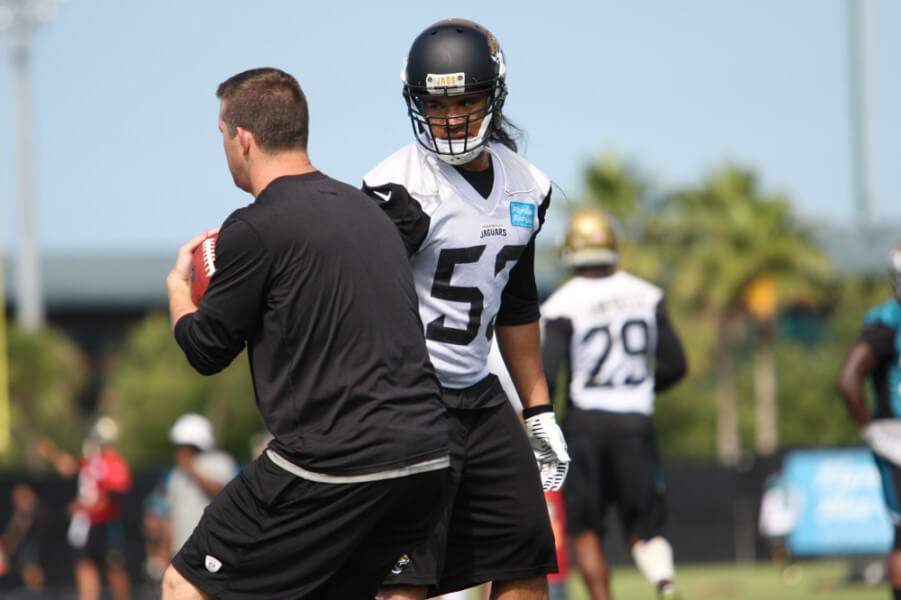 Nearly all Dallas Cowboys fans will be watching the linebacker position in training camp, but that mostly has to do with Jaylon Smith's return to the field. How Smith is able to handle training camp will go a long ways in determining what the team has depth wise at the LB position, but someone else is going to have to step up regardless.

The Cowboys linebacker position is even cloudier when you take into account that Damien Wilson is looking at a suspension and possibly jail time after his recent arrest, so depth is definitely a concern. But, one under the radar player that could prove valuable is John Lotulelei.

John Lotulelei has already caught the eye of the Cowboys coaching staff in OTA's, but if he wants a shot to make the final 53-man roster, he is going to have to show up when the pads come on. This will be his fourth team since entering the league in 2013, but he has a chance to stick if he can continue to impress because of the lack of depth. 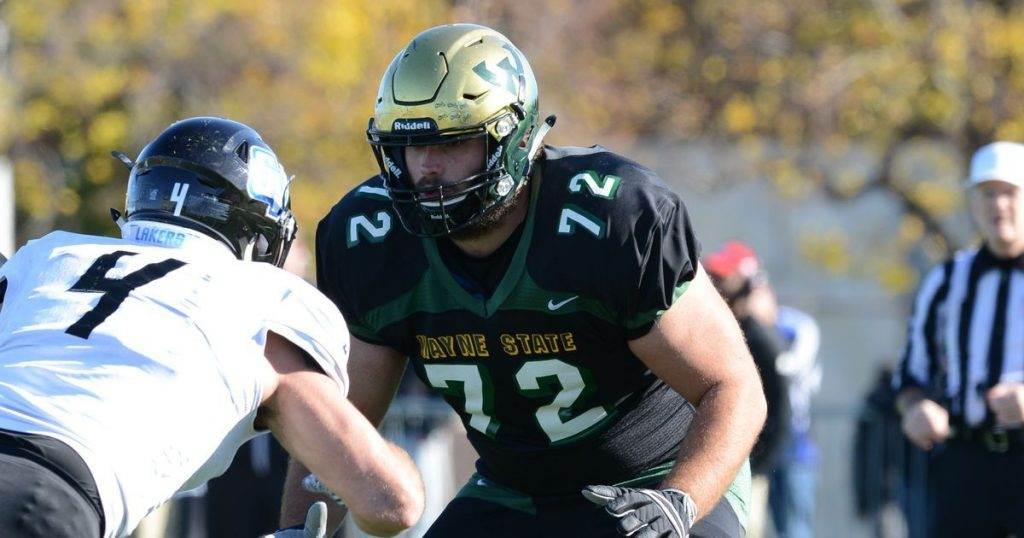 As things stand right now, it looks as if the Dallas Cowboys just have one open roster spot along the offensive line. It looks as if La'el Collins is going to be the starting right tackle in 2017 and replace the retired Doug Free. But, the left guard position is up for grabs.

I think the Cowboys coaching staff is going to do their due diligence in order to find just the right starting left guard. There are some veterans in line who are already the favorites, but I think Nate Theaker could sneak into the conversation if he performs well during the Cowboys training camp.

Theaker has a size of an offensive guard in the NFL (6'5″, 315), but it's a big step up in competition from what he's used to facing at Wayne State. He has a chance to show the coaches what he can do, but is still longshot to make the team. That is why he is one of my under the radar players to watch throughout training camp.

Who are you anxious to watch at the Cowboys training camp?

In place of a Dallas Cowboys vs. Houston Texans preseason finale that was going to be played tonight from AT&T Stadium before being cancelled...
Read more
Cowboys News

It is safe to say that fans of the Dallas Cowboys have a different view of the backup quarterback position on this team compared...
Read more
Cowboys News

With just three preseason games left and a handful of practices, the battle for the sixth wide receiver position is still up for grabs....
Read more

Brian I pretty much agree on most all that but see a larger need at the TE spot. Witten needs a complimentary partner and one that can take the reins and grow in to that guy when he retires. I like Swaim over Hanna but we’ve seen them both injury prone and and at some point you have to cut ties and move on. I haven’t seen reason to keep Rico yet but obviously they see something that tweaks their interest. If Hamlet presses hard enough he could very well push someone out and at worse end up on the practice squad. I know Rico came from a basketball back ground but he’s been here long enough to grasp what they want in my book and should be further along..

Don, I couldn’t agree more with just about everything you said, especially about Gathers. I honestly think that they should give him a look at offensive tackle. His size and frame seems much more suited to play OT in the NFL. He’s very similar in size to Tyron Smith. Swaim and Hanna are the ultimate wildcards right now. If they return 100%, I think the TE position is okay. But, I don’t see anyone on the Cowboys current roster who is capable of taking over for Jason Witten when he finally calls it quits.

OL somewhere doesn’t sound out of the realm with his size. I’m just wondering if he’s having problems retaining what he’s learned studying plays. He has the size but doesn’t run good routes or show to have good ball handling ability but does block semi good.Now I base that off last year since I’ve not been able to see what he’s done in OTAs just from what I’ve read.

From what I hear he’s still making mental mistakes and still has quite a ways to go to improve as a route runner. That really shouldn’t be a problem after an entire year in the system. I have a hard time ever seeing being a reliable contributor.

I got a player for yall who’s hasnt got a lot of attention since his release, Gary Barnidge. A TE who was solid in Cleveland who could come in a start immediately. He recently said he waiting on a call from Baltimore but are offense is way better and I’m definently concerned about depth behind J Witt

Travis, I would love to see the Cowboys bring in Barnidge. Unfortunately, I don’t think it’s going to happen. I think they like their TE situation, but there are definitely concerns.