The Dallas Cowboys training camp has been officially underway for a few days now, which means we finally have some football related news in our lives. A lot of us have been waiting for this event to see how some of our favorite players have progressed, but we often overlook the fringe players who could have a big role in 2017.

Today, I thought I would avoid some of the players who are grabbing all of the headlines, and instead focus on some of the fringe players fans should be following throughout the Cowboys training camp.

Fringe players don't typically receive a lot of attention, but these are the players that are a step away from becoming starters if someone goes down with an injury. For that reason alone, I thought I would share with you my top five fringe players fans should follow throughout the Dallas Cowboys training camp.

Kavon Frazier's name hasn't been mentioned very much in regards to the safety position, but I wouldn't count him out of having an important role with the Cowboys in 2017. Unfortunately, he seems to be buried on the depth chart right now, which makes him one of the fringe player to even make the roster.

Frazier is at his best when he is around the line of scrimmage as a box safety, so we could hear his name tossed around a little more once pads come on. He is going to have to be much more consistent and assignment sound throughout the Cowboys training camp if he wants to stick around, but I'm predicting he will be much improved in his second year in the NFL.

Andy Jones was a player who received quite a bit and notoriety last year at this time at the Cowboys training camp, but looks to be even further buried on the depth chart then he was a year ago. The word is he has improved in his second year, but he is still going to have a hard time making the final roster.

Unfortunately for Jones, he could be on the outside looking in. This is especially true considering the fact the Cowboys drafted two rookie WRs and Brice Butler has looked pretty good so far in off-season practices. But, if Jones is more consistent this season, he could claim one of the final WR roster spots.

The Dallas Cowboys seem to be set with their top two RBs with Ezekiel Elliott and Darren McFadden, but there doesn't seem to be a clear choice to back up those two so far. Rod Smith doesn't receive the same type of attention his brother Jaylon Smith does, but he could play an important role with the Cowboys  in 2017.

Smith has the versatility to play RB, FB, and can contribute on the majority of special teams units. It's that versatility that could cause the Cowboys to keep him over someone like Alfred Morris. Of course, he is also going to have to prove he can be relied upon as a RB, which is why everyone should follow his progress throughout training camp and preseason. 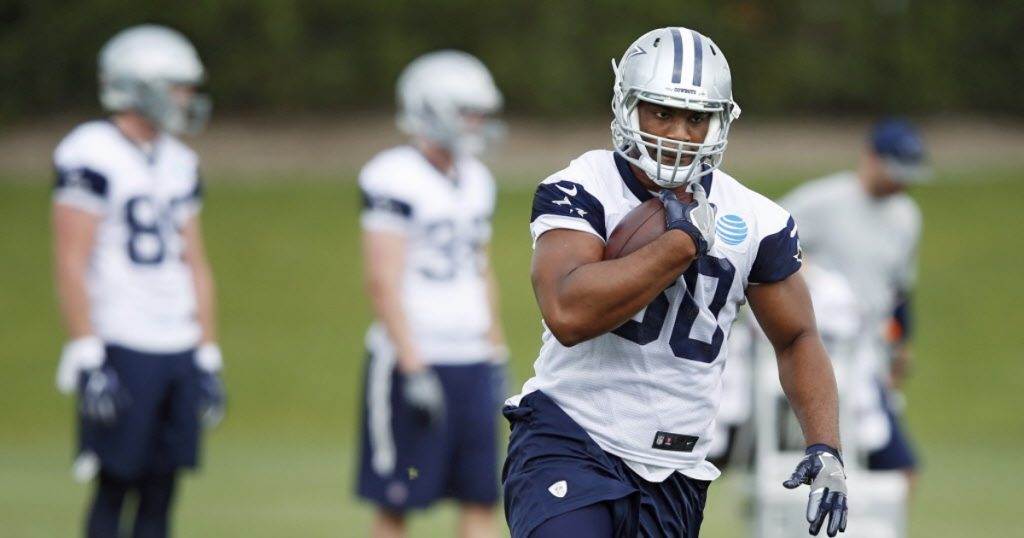 I know that a lot of you will disagree with me here, but I believe Rico Gathers is one of the fringe players who could be on the outside looking in when the team starts making roster cuts. Gathers has the potential to play tight end in the NFL, but he still has a long ways to go until he can be relied upon.

As of right now, I have Gathers as the fourth best TE on the Cowboys roster. Word is Geoff Swaim and James Hanna are close to getting back on the field. This is great news for the depth of the TE position, but bad news for Gathers. How he performs throughout training camp will determine if he is worthy of a roster spot.

I don't know about you, but I'm really excited to see how Damontre Moore performs throughout the Cowboys training camp. He has already made an impression on the Cowboys coaching staff in previous off-season practices, but those were unpadded practices.

Moore could possibly help improve the Cowboys pass rush in 2017, but he is going to have to prove himself once the pads finally come on. I will be really interested in seeing how he performs against Tyron Smith. If he can hold his own against Smith, he could have a big role on defense as a pass rusher this season.

What fringe players will you be watching?

Not going to comment on Rico as I’m a Baylor guy and very prejudiced! But I liked Kavon Frazier in his limited role last year. Damontre Moore has a ton of talent. Hopefully his childhood is over. Not sure that Andy Jones will have a chance with Ryan Switzer coming in plus Butler and Williams on deals.

Don’t get me wrong, I’m a fan of Gathers. I just don’t think he’s as good as Swaim or Hanna yet. If they both return fully healthy it’s going to be really tough for Gathers to sniff the playing field.

I think we might see a shift to more of the 11 personnel. I think that’s one of the reasons why the Cowboys drafted Switzer. 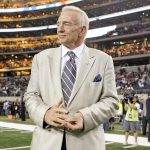 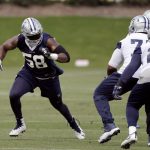