The Cowboys lost. We all know that by now. And of course with every loss, just like with everything Dallas does, the blame game and second guessing has begun.

From the coaching staff being out coached to Brandon Weeden sucks, to where was Terrance Williams? The list could go on forever.

If someone would've told me before the game that Weeden would complete 22 of 26 pass attempts for 232 yards and only one interception, and that the Cowboys would be up 28-17 at the half, I’d have taken it. To put it politely, he is still a backup quarterback for a reason.

Not to mention, holding Julio Jones that some argue is the best wide receiver in the NFL, to 3 —  yes, 3 — catches in the first half for 27 yards.

I know, roses and sunshine, hindsight's twenty-twenty. Can we all sit here and blame Weeden for not throwing the ball more down the field? Yes. Can we say that the wide receivers should've fought harder to get open? Yep. Or better yet, catch the damn ball. The coaching staff didn’t make any adjustments? Possibly, but we will never know if they did or didn’t.

The truth of the matter is that the game of football still is and always has been a team game, from the head coach to the ball boy. We can all go back and review every play, every second of last Sunday's loss. The fact of the matter remains, it’s still a loss. And there’s plenty of blame to go around to be singling out one player or position.

I am not defending Weeden. He could have made more plays down the field; however, if he had, and would have thrown three interceptions, everyone would have been screaming and yelling, “Why in the hell didn’t he manage the game?” Why not take what the defense gives you?

Once again, no one can blame one person. The defense didn’t appear to tackle very well, defenders were in the wrong position. It just wasn’t to be. As for the offense, the supposed best offensive line in football, hasn’t looked like it so far. The running backs left meat on the bone. Or as Bob Uecker would say 52 g*d d**n yards is all we could get in the second half.

We can try to place blame on one person, or make excuses because of injuries. But if we are, then let’s put it on the ball boy for over-inflating the balls, after all, that’s where the game actually began. 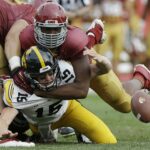 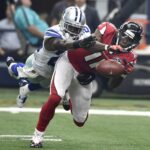