For the past few years now, I've said that the Dallas Cowboys need more pressure from the interior part of their defensive line. They already have their 3-technique in place in Tyrone Crawford. In Crawford, the Cowboys have a guy who can take on double teams and stay on the field for all three downs. Next to him at the 1-technique position is Nick Hayden, a guy that really has no business being a starting defensive tackle anywhere in the NFL.

The Cowboys are expected to have a top-ten pick in this year's draft and to fill this defensive tackle void next to Crawford, one guy that would make a lot of sense is Robert Nkemdiche out of Ole Miss. Truthfully, Nkemdiche would be a better fit for the 3-technique position, but he also excels against the run, so he would have no problem at the 1-technique. It would be a little unorthodox to have two 3-techniques, but both players make an impact on each snap, and the two together could create havoc for other teams.

At 6-foot-3, 295 pounds, Nkemdiche is quite small for an NFL defense. He was originally a defensive end, but he added on weight to become a defensive tackle. Now, Nkemdiche would benefit by adding another 10 pounds onto his frame In college, Nkemdiche won with a combination of athleticism, long arms, and a non-stop motor. He came to college as the highest touted high school player in the nation, and he didn't disappoint at all at Ole Miss.

Perhaps the best thing about Nkemdiche is his versatility. Given how athletic he is, Nkemdiche has the skills that are needed to play inside and outside at the NFL level. That is something that Rod Marinelli and Leon Lett will be able to use to their advantage. He's a tweeter for sure, but the potential is there for the Cowboys to get an All-Pro level player.

This is my choice for our #1 pick. On another note…I just got started and the article was done. Is that really all you could say about the guy? How about actually doing some research and giving some substance instead of just spouting off names of top 10 talent. Be a real writer Ryan. 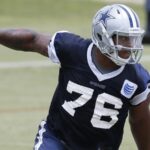 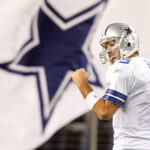