The Dallas Cowboys have spent a lot of draft picks the last few years to build up their cornerbacks group. There is a lot of potential heading into 2019, but Dallas needs these young players to take the next step if they want to compete for a championship. This weekend's start to training camp will be an important part of the process.

Dallas' best move to help the cornerback position was switching Byron Jones back there in 2018 after a few seasons at safety. Jones went to his first Pro Bowl and has positioned himself for a big contract extension.

Byron is currently set to play 2019 on his fifth-year option of $6.27 million, which is a steal for a CB of his caliber. Whether or not the Cowboys allow him to enter unrestricted free agency next year, or get a new deal signed, will be something to watch for throughout the upcoming season.

Jones' future may be in question, but we at least know he'll be the team's top corner this season. None of the other Dallas CBs can enjoy that same certainty in 2019, as depth chart positioning and job security are all in flux right now.

Will this list hold as is, or will we some shifting over the five weeks of training camp and preseason?

The battle for snaps between Chidobe Awuzie, Anthony Brown, and Jourdan Lewis will be an intriguing ongoing storyline. Awuzie was the starter last year, and will hopefully make a big developmental leap in his third year.

But Anthony Brown has proven himself a capable player despite being just a 6th-round pick in 2016. Entering the final year of his rookie deal, Brown will certainly be pushing for a significant role this season to hopefully help his free agent marketability in 2020.

If things go like they did last year, both Awuzie and Brown will get plenty of playing time. The true enigma of this bunch is Jourdan Lewis, who is hoping to be more than just the number-four CB in 2019.

Though he was drafted a round later than Awuzie in 2017, Lewis was generally considered the superior talent by most draft analysts. He fell due to a domestic violence accusation a month before the draft for which he was eventually found not guilty.

Jourdan was looking good at the end of his rookie season, but the arrival of Kris Richard as Defensive Backs Coach last year seemed to cause a regression. Lewis only got in on a little over 18% of the total defensive snaps in 2018, while the top three all had 67% or higher.

Despite his few opportunities, Lewis still had one of the biggest plays of the year with his interception that sealed Dallas' stunning upset over the New Orleans Saints. His potential has been noted, with Coach Richard even calling him an “exception” to his general preference for bigger, stronger cornerbacks.

But even if the team likes Jourdan, can he beat Awuzie or Brown? Could he perhaps have more value in a trade, with two years left on that rookie deal, to a team in greater need at CB?

The idea of moving Lewis, which existed prior to the draft, gained steam when Dallas used a 5th-round pick this year acquire CB Michael Jackson out of Miami. He fits that prototypical build at corner, and perhaps the Cowboys are hoping he can show enough early to provide an adequate replacement if they want to trade Jourdan.

If not Jackson, prospect Donovan Olumba is another option. He nearly made the 53 last year but got squeezed out when Dallas only kept four cornerbacks. After a year on the practice squad, Olumba is back and could be ready for a roster spot.

Veteran C.J. Goodwin has bounced around the NFL since 2014 but has some real-game experience. If the young guys aren't in a position to be game-day active, perhaps he would be the best option. Dallas added him in the middle of the 2018 season and he was helping on special teams and as a reserve corner at the end of the year.

Undrafted rookie Chris Westry, listed at 6'4″, is another intriguing player to watch in camp. That rare size is something you can't teach, and hopefully Richard can develop Westry enough to get something out of the physical gifts.

This should be a fun 2019 training camp at cornerback, with competition potentially at every spot on the depth chart except the very top. And while secure at number-one, even Byron Jones has his own question marks around his long-term future in Dallas.

We'll start getting some answers in just four more days! 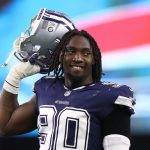 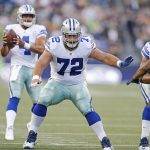