Lance Dunbar's decision to take his talents to Los Angeles and become a member of the Rams organization creates a hole on offense for the Dallas Cowboys. As things stand right now, they don't really have that change of pace/3rd down running back on the roster. But, fortunately I think there are five free agent options still available that fit that criteria.

Of course, we could see Ezekiel Elliott get involved more in the passing game, but he is already expected to handle a heavy workload. Darren McFadden would be the next logical choice, but even he's not quite as elusive as he once was. And I don't even think the Cowboys would consider Alfred Morris in that type of role. He is simply not that kind of RB and probably a long shot to make the roster in the first place.

The next logical step would be to turn to free agency once again because there are options available that could be acquired rather cheaply. Keep reading below to see the 5 available free agent RB options that I think make sense for the Dallas Cowboys. 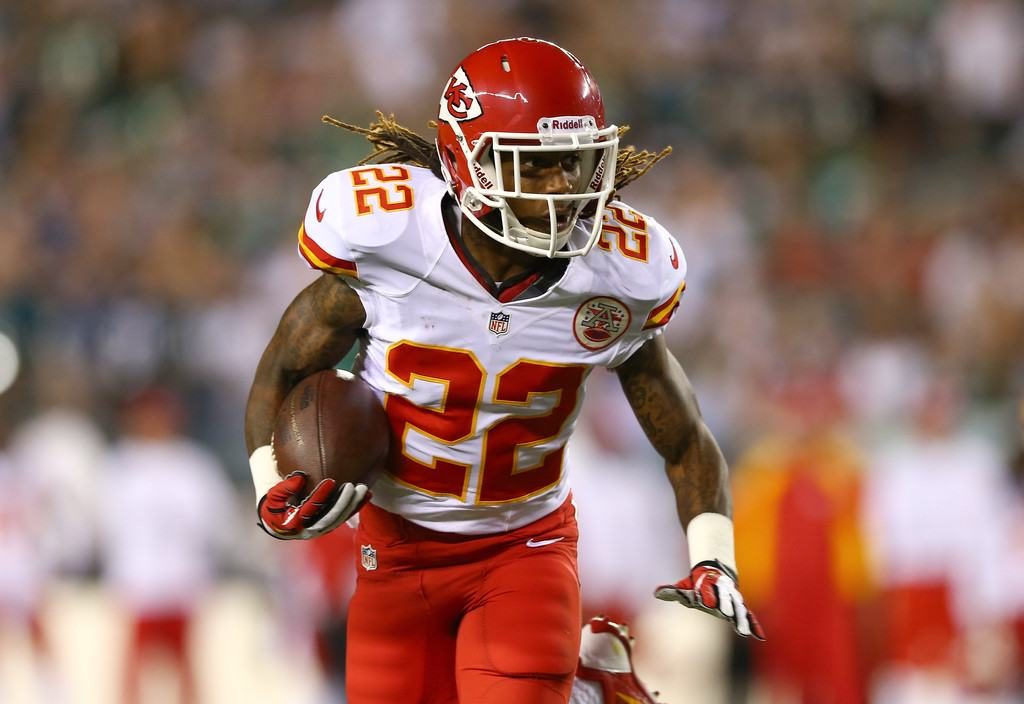 I personally like the idea of the Dallas Cowboys bringing in Dexter McCluster to take over the role left by the departed Lance Dunbar. I think he is the player the Cowboys were hoping Dunbar would turn into, but that never really materialized because of his reoccurring injuries.

McCluster has survived in the NFL as a change of pace running back and wide receiver. He is definitely not someone you want starting for you on a regular basis, but that's not why he would be brought in. He would be nothing more than a RB3, but would be able to fill a variety of different roles.

He would be used on gimmicky plays and is a mismatch weapon out of the backfield as a receiver. He would also factor in as a return man on special teams. He does have three punt returns in his career in the NFL and has experience as a kick returner as well.

He could be exactly what the Cowboys are looking for as a RB3 behind Ezekiel Elliott and Darren McFadden. 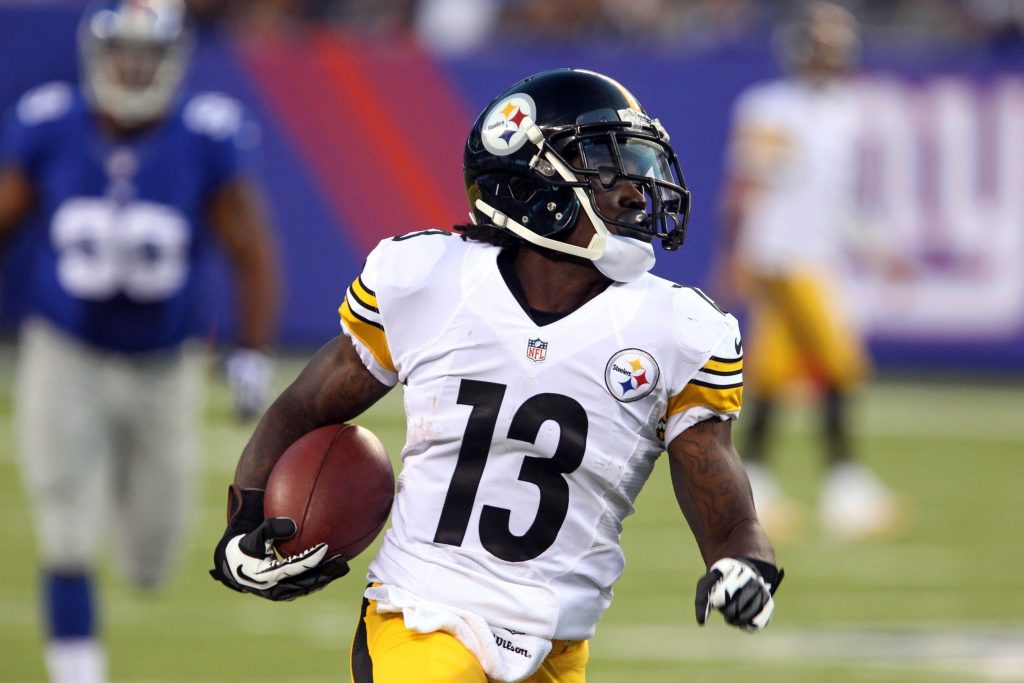 Dri Archer is another intriguing option, but would come with some questionable decision-making on his part. He was a third-round draft pick by the  Pittsburgh Steelers in 2014, but ended up getting released in November 2015. He was picked up by the New York Jets, but that didn't last long either. After being released by the Jets, the Buffalo Bills picked him up, but Archer never even bothered reporting to the team.

All of this would certainly put into question his commitment to the game and whether or not he really wants to pursue a career in the NFL. But, I personally would be willing to give him a shot in training camp to see where his head is at.

Archer would be one of the fastest players in the entire NFL (4.26 40 yard dash) and that speed could definitely be utilized in several different ways by the Dallas Cowboys. He could become the primary return man on both punts and kickoffs, while also taking over Lance Dunbar's role on offense as a change of pace/receiving RB.

There are definitely questions that need to be answered, but the Cowboys could use a player with that kind of speed. 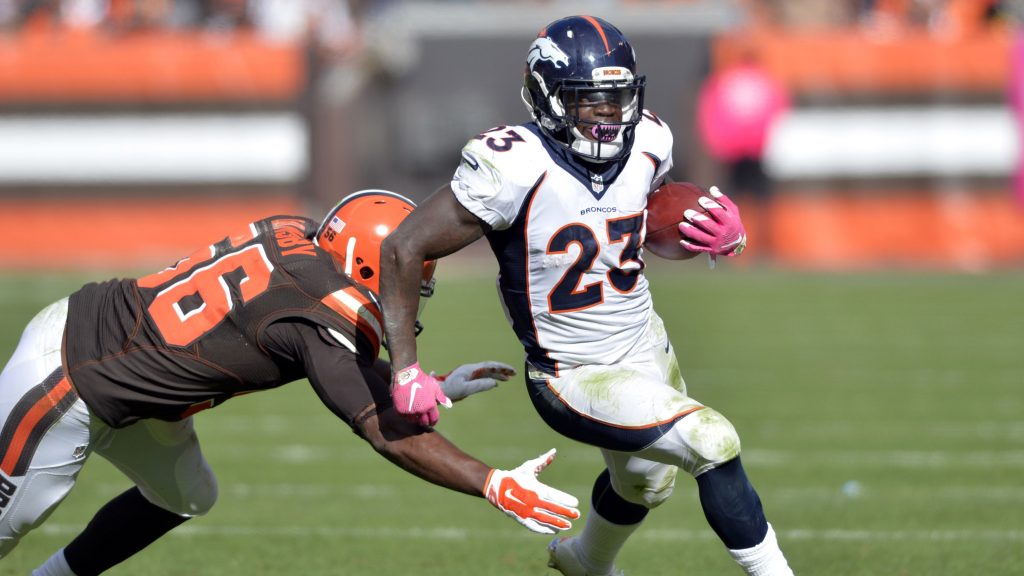 Ronnie Hillman may just be the most proven option on this list. He had his best season in the NFL as a member of the 2015 Super Bowl Champion Denver Broncos. He rushed for 863 yards on 207 attempts and added another 111 yards through the air with 24 receptions.

Hillman wouldn't be asked to receive that kind of workload with the Cowboys, but he would add some valuable depth behind both Elliott and McFadden. He is a reliable target in the passing game, but is also capable of stepping in and carrying the load as a RB if needed.

Hillman has the speed to be home run threat and the zone blocking scheme that the Cowboys' offensive line utilizes perfectly fits his strengths as a player. He may just be my favorite free-agent option for the Cowboys. 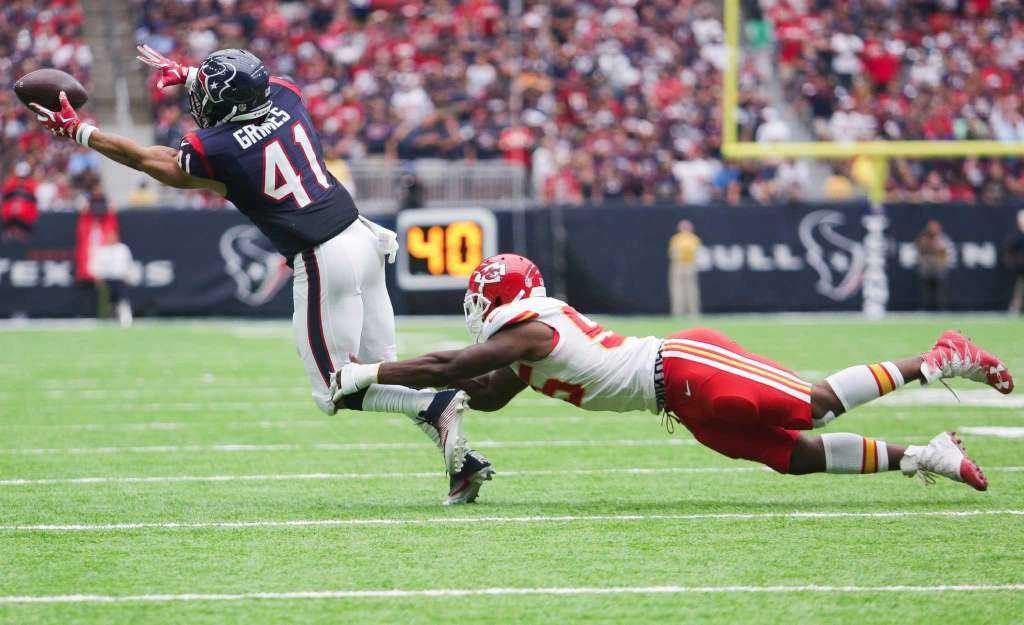 There is really nothing special about Jonathan Grimes or what he has been able to accomplish in the NFL, but teams around the league like these kinds of players. He is a role player and knows his place on a roster depends on doing what is asked of him.

When given the opportunity, Grimes has proven that he can be a reliable threat in both the running and passing game on offense. He is a good fit in the zone blocking scheme and has the patience and vision be a threat the running game. He also possesses soft natural hands to contribute in the passing game.

Grimes is also a solid special-teams player, which the Cowboys like in their players, especially a RB3. He isn't likely going to receive a lot of interest, so he could be brought in for next to nothing.

The Dallas Cowboys just drafted two Michigan players in 2017 NFL Draft, so why not bring in a former Wolverine to replace Lance Dunbar. Denard Robinson was a QB at Michigan, but hasn't really been able to find his niche as of yet in the NFL.

The Jacksonville Jaguars were unsuccessful trying to find ways to get Robinson involved on offense, but I don't think Cowboys offensive coordinator Scott Linehan would have that problem. In fact, Robinson's background as a QB could allow Linehan to get even more creative with him than any other running back on this list.

I personally think Robinson could step in and do everything that was asked of Dunbar while he was a member of the Cowboys. I would be on board with bringing him to training camp to see if the Cowboys could tap into his natural physical abilities.

Do any of these free agent RB options make sense for the Dallas Cowboys?

I really like the idea of Denard Robinson. I always liked the way Pittsburgh would use Randle-El for some trick plays throwing and it’d be cool to have that in our bag.

Jess, I thought the same thing. It would add yet another wrinkle to the Cowboys already potent offense.

Jahad doesn’t have the speed Dri has 2 take it 2 the house!

I like some of the options here but feel they are going to see if they can develop Jahad Thomas into this role first. If successful I think they cut Morris and stay on that path. If not they may look at FA options such as these.

Randy, I completely agree. Thomas is a good receiver out of the backfield but isn’t at all what you would consider explosive. I think rookie minicamp will be big for him. And I don’t see any way Alfred Morris makes the team.

Yeah I read that Broaddus also made the comment that he isn’t suited to replace Dunbar. It wouldn’t surprise me to see Switzer in the backfield from time to time as he was a RB in high school and has all the traits for that position. Plus another way to have both him and Beas on the field and still have Witten.

I like the idea of getting Switzer involved in the offense, but I’m not sure about using him as a RB. Playing RB in high school is a lot different than playing RB in college and especially in the NFL. I would rather have someone with a more proven track record at the position.

Oh no I’m not at all talking about having him play RB. I’m just 5along about having him line up back there. I think you probably listed the best options for the true Dunbar role. The question is how much do they value the position. Aside from these, there will be a number of potential candidates released during cutdowns so plenty of options.

I think they will add another RB at some point this off-season. I don’t know if it is a current free agent or somebody that gets released, but there is a need. I think Alfred Morris’ days are numbered with the Cowboys.

Speed kills man get the blazer!

I would give him a shot