The 2017 NFL Draft has come and gone, but there is another important event kicking off today that should have all Dallas Cowboys fans at least a little bit excited, rookie minicamp. This will be our first glimpse of all the incoming rookies (both drafted and undrafted), plus a few veterans who are allowed to participate.

Rookie minicamp runs all through the weekend and closes out Sunday afternoon. This will be the first chance for many of these players to make a good first impression and show the coaching staff exactly what they have to offer to the team.

The Dallas Cowboys have one of the deepest rosters they have had in recent memory, but that doesn't mean there are not a few roster spots open for the taking. Several of these participants will be vying for some of these starting positions, which makes this weekend all the more important for them.

Below are the top five players I will be paying extra close attention to throughout the Dallas Cowboys rookie minicamp. 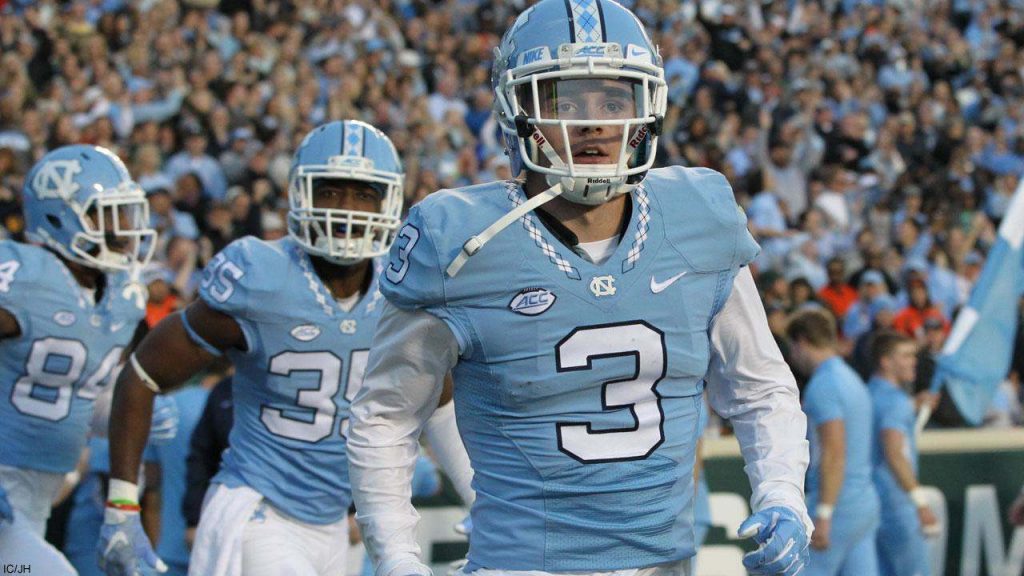 The first player I will personally be paying close attention to is the former North Carolina Tar Heel's wide receiver, Ryan Switzer.

At 5'10”, Switzer is one of the smaller receivers on the Cowboys roster and has already been compared to fan favorite, Cole Beasley. Fitting right, since he is another small/shifty (white) WR?

Switzer was somewhat of a head scratching draft pick by the Cowboys, but they clearly have an idea of how to get him involved early in his rookie season in the NFL. He will most likely become the Cowboys main return man on special teams, but it wouldn't completely be out of the question to see him heavily involved on offense as well.

Switzer is an explosive player with the ball in his hands, which made him one of the best return men in the 2017 draft class. I'm sure he will get plenty of work fielding punts and kickoffs this weekend, but I will also be interested in seeing if he lines up strictly in the slot or if he gets work on the outside as well. 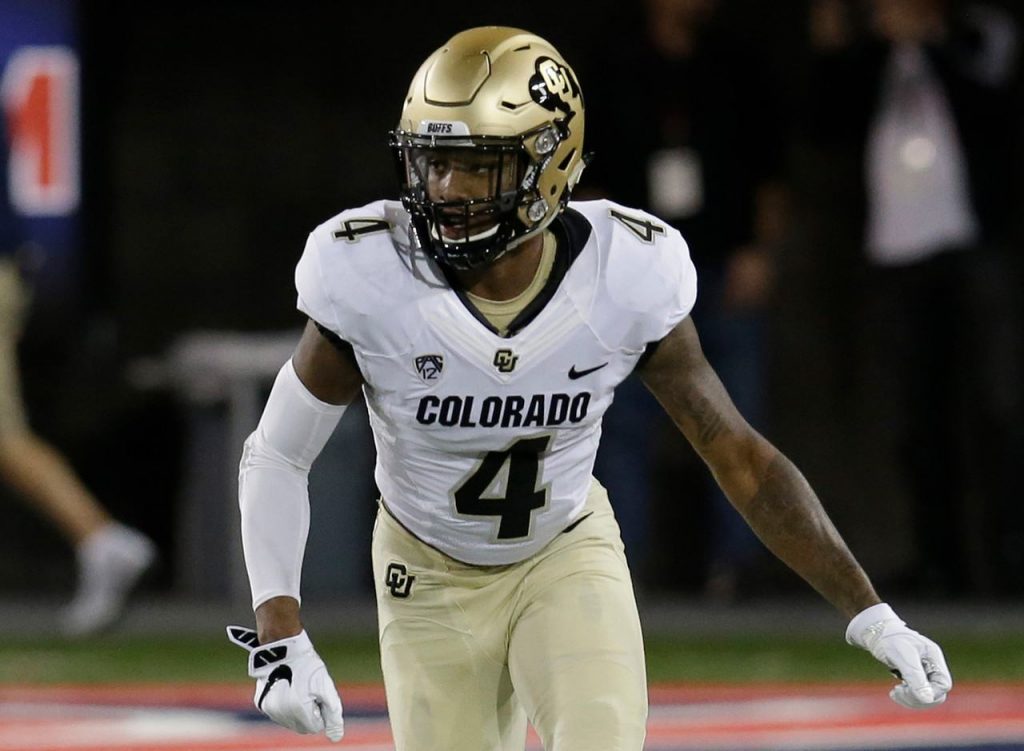 Out of all of the players on this list to watch this weekend at the Cowboys rookie minicamp, Chidobe Awuzie probably has the best chance to earn a starting role on defense in 2017.

Now, Awuzie will miss the first day of minicamp so that he can attend his graduation at Colorado, but that's all the more reason to follow his progress the rest of the weekend.

Awuzie's versatility will allow the Cowboys to utilize his skill set at any position in the secondary, but I expect him to lock down one of the starting cornerback positions in 2017. He has the size and length to play on the outside and is a fearless tackler in the run game.

There is a lot of influx of youth in the Cowboys secondary, which is why I will be paying close attention to how the coaching staff employs Awuzie and the other rookie CBs this weekend. That could possibly indicate who fits where.

I'm really looking forward to seeing how he matches up against Ryan Switzer and hopefully Rico Gathers. That will be something to see. 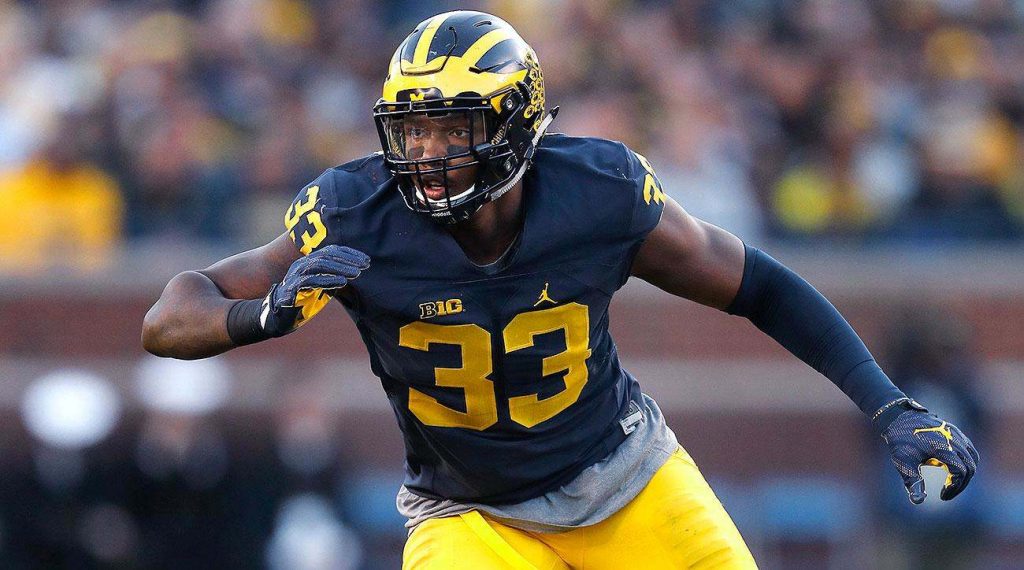 More than likely you either loved or hated the Dallas Cowboys selection of Taco Charlton with their first-round draft pick. I personally like Charlton's game film, but I'm anxious to see how the coaching staff plans to use him in 2017.

Charlton's size and length would suggest that he would be a better fit as a left side defensive end, but that's a spot DeMarcus Lawrence currently holds down. Of course, the Cowboys could line him up at several positions, much like he was used during his time at Michigan.

He played up and down the defensive line at Michigan and it's that kind of versatility defensive coordinator Rod Marinelli loves in his players. It doesn't really matter where he lines up, because there are already high expectations for him to come in and help improve the pass rush for the Cowboys defense.

I'm really anxious to see what kind of first impression he can make this weekend and if he will be one of the standouts during the entirety of rookie minicamp. That may be a little difficult to do without pads on, but first impressions can go a long way quieting his doubters.

Charles Tapper's rookie season was wiped out after being diagnosed with a pars defect  condition in his back during training camp. Since his first year in the NFL qualified as a “redshirt” season, he is eligible to participate in this weekend's rookie minicamp.

You may have forgotten, but Tapper was the first of the Cowboys fourth-round draft picks, the other being QB Dak Prescott. Tapper may never live up to what Prescott has already achieved the NFL, but he should be able to become a valuable piece on the defensive side of the ball.

I nearly put him as the top player I will be watching this weekend because I thought he would compete for the starting RDE position last season, but I have tempered my expectation due to his back injury.

Tapper might just be the most athletically gifted DE the Cowboys currently have on the roster, but he will have to prove he can be depended on, despite his problematic back. This weekend marks the first chance he has to catch the coaching staff's eye before the rest the team gets together at training camp.

He already has the advantage of knowing the defensive scheme, so he should look like the best player out of all of the participants this weekend at the Cowboys rookie minicamp.

It may not be all that surprising, but tight end Rico Gathers is the player I'm most looking forward to watching this weekend at the Cowboys rookie minicamp.

Gathers spent his rookie season on the Cowboys practice, but word is he quickly became Tony Romo's favorite target and together they gave the starting defense more than they could handle.

Gathers will have to prove he has developed to the point he is worthy of claiming a roster spot, but a year on the practice squad was probably invaluable. Like Charles Tapper, he has the advantage of a year in the Cowboys playbook and should look like a man among boys this weekend, especially on the offensive side of the ball.

With Jason Witten's career likely winding down, all eyes will be on Rico Gathers to see if he is the future starting TE for the Dallas Cowboys. This weekend could be an indication of what we can expect from Gathers in 2017 and for years to come.

Which players will you be focusing on at the Cowboys rookie minicamp?

and I can not wait….Im looking for Tapper and Rico to dominate ! this year period long with the NEW Rookies…YESSS SIRRRR……COWBOYS 4 LIFE!!!!

Thomas, I can feel your excitement and I’m right there with you!

Mark my words Chidobe Awuzie will be the best of this draft class This kid is special. He’s the player I’m watching

I really liked his game film. I hope he does turn out to be the best in the 2017 draft class.

Rico has a great underdog story. If the draft is like Christmas, then I really think Tony Romo dropped off a gift, at the Practice Squad, before he left. From the reports, he worked Rico and probably had a lot of fun doing it. When Will McClay said our 1st string defense couldn’t stop him, I wondered if that was another reason for letting go of some of those guys and keeping Gathers…lol.
Charles Tapper is the mystery gift. He is another one I’m rooting for. I see him as another underdog, overlooked in many earlier articles about the Dallas “D”. I’m just a fan, but my gut says “watch this guy!”
So, even though I haven’t mentioned any of our new draftees, I’m curious about these two players, Actually, three. Jaylon is my 3rd underdog…nuffsed on that one.

I’m really hoping Gathers and Tapper can be contributors this season, especially Tapper on defense. I really think his athletic ability can help the pass rush. The same can be said about Jaylon Smith, but both players need to prove that they are healthy enough to be relied upon.

There’s about 10 players I’m looking forward to seeing in training camp. I’m impressed that you could keep it to 5.

I’m interested in seeing how the entire 2017 rookie class performs, but I tried to narrow down just to my top five. Writing about everybody would’ve made too long of an article to read LOL