Isn’t it funny how much things can change in just a years time span. Last year at this time we were discussing who the Dallas Cowboys backup QB would be for Tony Romo? Now, it’s Dak Prescott’s show, but the question still remains. So, who will backup Prescott in 2017 and is it a concern for the Cowboys?

The 2017 NFL Draft has come and gone and as we now know the Dallas Cowboys drafted nine players, but not one of them was at the quarterback position. It wasn’t a complete surprise considering this year’s talent at the QB position, but the Cowboys could use a developmental prospect to groom behind Prescott.

Now, before any of you get your panties in a wad, I have nothing against Kellen Moore. In fact, I think he is a serviceable backup QB, but not someone you want under center for an extended period of time if something were to happen to Prescott.

Moore knows offensive coordinator Scott Linehan’s scheme and understands his strength and weaknesses as a player. He doesn’t have the strongest arm, but his ability to quickly read defenses and get rid of the ball are both reasons why he has been able to stick around in the NFL. 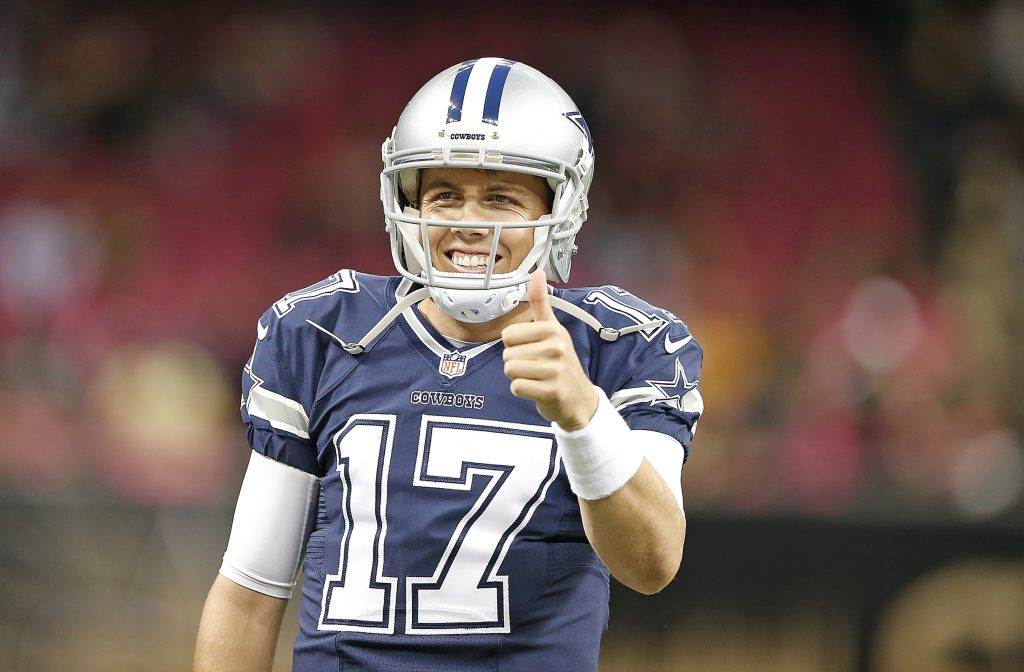 I’m starting to believe that the Cowboys just carry two QBs on the roster and Kellen Moore is the hands-down favorite to backup Dak Prescott in 2017. So, the Cowboys backup QB could already be set, but that doesn’t necessarily mean it’s still not a concern.

My biggest concern is whether or not Kellen Moore can remain healthy if he is thrust into action. He is not the biggest QB in the league (6’0″, 200) and one good hit could have him on the sideline once again wearing a headset and holding a clipboard. I mean, he didn’t even make it out of training camp last year.

As things stand right now, there really isn’t anybody to even compete with him once off-season practices get underway. The Cowboys did sign two undrafted free agent QBs, but I don’t think either Cooper Rush or Austin Appleby are legitimate competition. At best, they are probably practice squad material.

Of course, there is the possibility that I’m just reading too much into this. But, if this wasn’t at least a little bit of a concern for the Cowboys, then they wouldn’t have tried to bring in Josh McCown.

Only time will tell if the Cowboys backup QB situation is an actual concern or not, but fortunately they still have plenty of time to figure it out. And, there is always the possibility they have Tony Romo on speed dial if worst comes to worst.

Do you think the Dallas Cowboys backup QB situation is a concern?