The Dallas Cowboys are walking into a major “trap game” today when they face the New York Giants. If you don't know that term, a trap game is one where a team is distracted by what lies ahead of them in the coming weeks and doesn't take their current opponent seriously.

If you're like me, you've probably found yourself assuming that the Cowboys will be 7-6 when they head to Oakland next week. You've been trying to hold back excitement at the idea of an 8-6 Dallas team getting Ezekiel Elliott back and perhaps winning out to get to 10-6 and having a real shot at a Wild Card spot.

No doubt about it; this season has sucked. We're all entitled to get carried away with hope of perhaps overcoming all of the adversity and still seeing our Boys playing in January.

But to get there, they have to beat the New York Giants. They have to go on the road and win a game against one of their greatest rivals.

Dallas has to overcome the emotional impact of Eli Manning's heroic return to the starting lineup. They have to deal with a crowd that will be energized by Manning's presence, the firing of Ben McAdoofus, and the chance to effectively end the Cowboys' season.

The Cowboys cannot take this game lightly. They can't be thinking about the Raiders, Seahawks, or Eagles.

This is when it's a great time to have Jason Garrett as your head coach.

Say what you want about the clapping and the repetitive, predictable comments at press conferences, but Jason Garrett is one of the foremost preachers of the “one game at a time” mantra. You heard Tony Romo repeat it nearly as often and you'll hear Dak Prescott do the same for the next decade.

While there are valid reasons to take exception with some of Garrett's work, there's no denying his ability to keep his team focused on the task at hand. When he has his star players on the field, Garrett usually wins.

Unlike the team we'll be playing today, the Cowboys haven't quit on their head coach. Even after three brutal losses and what felt like the end of the season, Dallas showed up last week against Washington and still looked as motivated as ever.

If you're someone who takes Jason Garrett for granted, check out the Giants' season. See what it looks like when a coach truly has no control and his players have tuned him out.

This isn't to say that the Cowboys can't lose this game, because division rivalries are the most unpredictable games of all. Emotion tends to override strategy and weird stuff happens. We love and hate these rivalry games for the same reason; they're almost always dramatic.

The outcome may be in question, but I have no doubt that the Cowboys will arrive with their eyes clearly set on the New York Giants and getting to 7-6. They won't fall into the trap. 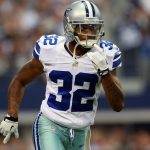 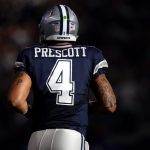