The Dallas Cowboys dominated headlines during last year’s 2014 NFL season. They possessed the 2014 NFL AP Offensive Player Of The Year in DeMarco Murray. They made the playoffs, finishing with a 12-4 record, after three consecutive 8-8 seasons. They enjoyed their best season since 2009, when they went 11-5, but lost to the Green Bay Packers, 26-21, in the divisional round, albeit with a little bit of controversy (the ruling on the decisive Dez Bryant fourth-quarter catch could have gone either way). And with preseason two months away, and training camp scheduled for July, the Cowboys have made it their business to remain in the headlines, just like last season.

It’s a large reason why Dallas is annually one of the most talked-about organizations in all of professional sports. And thus, with that much attention comes busy activity concerning Dallas Cowboys tickets as we continue to get nearer and nearer toward the 2015 NFL campaign. Even at this point still months away from Week 1, the Cowboys are generating towering prices for their home games at AT&T Stadium, with the average ticket price being $277.24, according to Totally Tickets. Their most expensive game, as one could easily guess, is their mid-October clash with the defending Super Bowl Champion New England Patriots, who are a top draw everywhere they go.

One of the big takeaways from this offseason is that Murray is no longer a Cowboy, electing to sign with the Philadelphia Eagles for five years and $42 million, rather than taking the four-year, $24 million dollar contract that his former employer offered. And to replace him, the Cowboys nabbed Darren McFadden, signing the former Oakland Raider to a two-year deal worth north of $5 million. They also signed troubled DE Greg Hardy, a talented player whose actions off the field consist of a dismissed domestic-abuse allegations charge.

And to follow that up, they took a gamble on Nebraska DE Randy Gregory, a projected top-ten overall pick who fell out of the first round after testing positive for marijuana during the NFL Scouting Combine, and signed undrafted La’el Collins, who became unattractive when his name was linked to the investigation of his murdered ex-girlfriend. The Cowboys have a history of bringing in players who have struggled off the field, like Hall-Of-Famer Michael Irvin in the 90’s and based on their offseason, it seems like history is repeating itself. All in all, the Cowboys are hoping that their signings can fulfill their projections, especially their draftees, but the core of the team still remains mostly intact regardless, capable of leading the club to further postseason glory.

Tony Romo is still taking snaps for America’s team, enjoying one of the best years of his career last year, achieving an 82.75 QBR and a 69.9 completion percentage, both career-highs. The best offensive line in football, boasting Zack Martin and Ronald Leary, among others, is still firmly in place. The franchise-tagged Dez Bryant is one of the league’s best receivers and Jason Witten is as reliable as it gets at the tight end position.

For the Cowboys to mirror the success they enjoyed last season, the answer lies within their backfield. Losing Murray hurt the Cowboys’ offensive attack tremendously because of the effect that Murray’s success had on Romo, limiting his mistakes (9 ints), which opened up the field. If McFadden and Joseph Randle can form a significant one-two punch in the backfield, it just might be enough for the Cowboys to return to the playoffs and this time, go deeper.

Since 2009, TicketIQ (formerly TiqIQ) has been getting you to your favorite games and events without breaking your bank. We’re a ticket aggregator, which means we get tickets from all over and bring them to one spot because life should be simple like that. You can find tickets at box office face-value or choose from hundreds of our certified sellers. Since all our listings are 100% verified and guaranteed, you can buy your tickets, relax, and enjoy your event. Get our app at TicketIQ.com/app, and visit our website at TicketIQ.com. 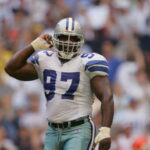 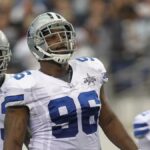