The Dallas Cowboys had four players who were selected to this year's Pro Bowl:

These four players are among the most consistent in the NFL at their respective positions. It's nice to see that their hard work is being rewarded in an otherwise disappointing season for the Cowboys.

One of the other most consistent players, Sean Lee, was not selected to this year's Pro Bowl. His absence on the roster is arguably the biggest snub of the season as Sean Lee has been one of the biggest contributors to his respective team despite several injuries and coming off of a torn ACL last season.

You can check out the full Pro Bowl Rosters here.

What are your thoughts on this year's Dallas Cowboys Pro Bowlers? Let me know! Comment below, Email me at Roel.Ochoa.Jr@Gmail.com, or Tweet to me at @rjochoa!

Can't say anyone didn't make it who should've. I agree with you that Sean Lee is the only guy with a case but I can't say that he was definitively better than the four who made it.

That said, they really should get away from DT/DE/OLB in the Pro Bowl because of the differences in teams who play 3-4 and 4-3 schemes. I would have "Pass Rushers" that included 4-3 DEs and 3-4 OLBs so that guys like Lee, who don't get to rack up sacks, get screwed based on statistical comparison. 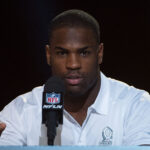 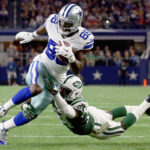