As I’m sure you all know, the Dallas Cowboys are 5-6 and are long shots on making the playoffs this season. When we take a look at what the Cowboys have struggled with this season the list is rather long.

Whether it’s the injuries to Sean Lee, Tyron Smith, or Dan Bailey, the six game suspension that the NFL smacked down on Ezekiel Elliott, or maybe the coach’s inability to adjust, there is plenty to talk about when discussing the weaknesses of this Dallas Cowboys football team.

The biggest problem with the Dallas Cowboys comes from the top. Jerry Jones, Stephen Jones, and Will McClay deserve a lot of blame for what has happened to this football team.

In recent years, the Dallas Cowboys front office has been looked at as geniuses for drafting guys like Dak Prescott and Ezekiel Elliott, or signing guys like Benson Mayowa and George Selvie, unfortunately that luck has run out.

Over the last few weeks I evaluated every draft pick the Cowboys have used since 2013. In my evaluation I pulled out guys who I had graded as above average and pro-bowl players. I was shocked to find out that out of 42 total draft picks, I had only seven draft picks graded out as above average players based on their careers so far.

That is not a successful formula for building a super bowl team.

The lack of ability to draft, sign, and develop players to play at a high level is something that this team cannot afford to do, especially with the way they handle free agency.

How do you fix this problem? It may be time to let Will McClay walk and try to help another team build its roster. 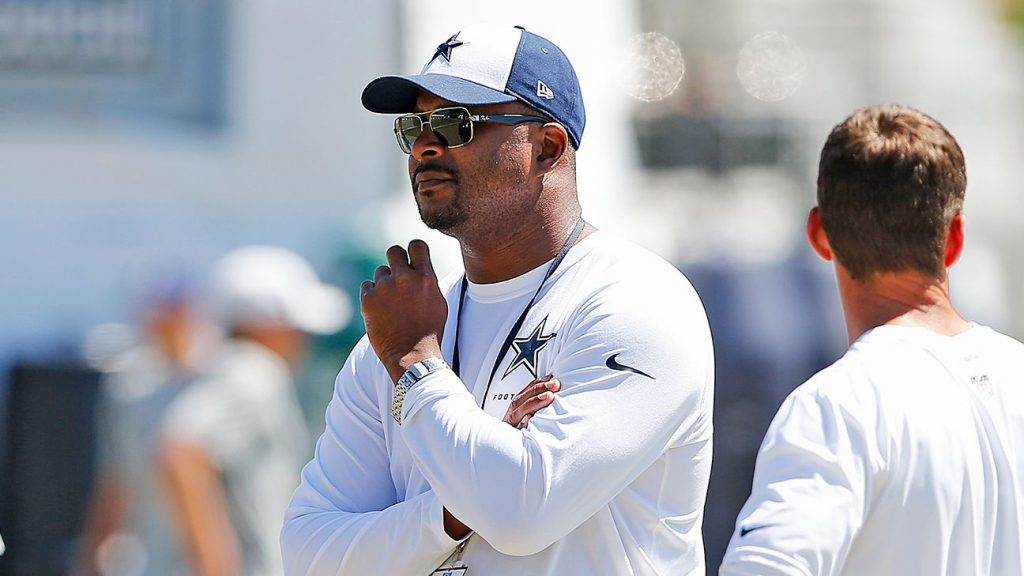 While Will McClay has certainly helped this team a lot over the years with drafts and bringing in other guys off the street, he’s struggled in building a championship team.

Will McClay obviously knows what he’s doing, but similar to the Cowboys coaching staff, he and Stephen Jones seem to be very stubborn in the way they do things. Like I mentioned above, McClay and Jones don’t like spending big money in free agency, as we’ve learned over the last few off-seasons.

I understand why, but you better be able to hit on a good percentage of your draft picks if you’re not comfortable paying proven veterans.

That stubbornness from the front office is something that must change in order for the Cowboys to get back to a championship caliber team. Unfortunately, it doesn’t sound like that’s going to happen anytime soon.

On Stephen Jones radio show today with 105.3 The Fan he all but confirmed my “stubbornness” comment.

It’s very difficult for us to think we can pick a shorter defensive end and have success.” – Stephen Jones on draft DEs.

This is something I will never understand with this front office. Their lack of ability to evaluate defensive talent has put this team in a bind for years now, and it doesn’t seem like they are interested in changing their ways.

The comment from Stephen was made after Jeff Cavanaugh asked about Carl Lawson (7.0 sacks) and T.J. Watt (5.0 sacks). Jones practically made it clear that they will stay away from short pass rushers with short arms, hints the Taco Charlton pick. That is absolutely ridiculous seeing as some of the better pass rushers in the NFL are undersized (Carl Lawson, Melvin Ingram, Brandon Graham).

This type of mentality concerns me as someone who covers the team and as a fan.

Having confidence as an NFL general manager is one thing, being stubborn and not having the ability to adjust is another. Stephen Jones and Jerry Jones are not going anywhere, we know that. But it may be time to start thinking about getting someone new in the building to evaluate talent and make personnel decisions. The track record proves itself.

The Cowboys can’t keep drafting projects or signing journeymen in free agency if they want to compete for a Lombardi trophy. Especially when you take into account the window you have with an extremely cheap franchise quarterback.

Do you think Will McClay is the right guy as the Dallas Cowboys “General Manager”? Let me know below!