For the second straight season, concerns and lack of depth at the linebacker position have brought veteran LB Justin Durant back to the Dallas Cowboys. Durant appeared in 13 games for the Cowboys in 2016 after spending 2015 with the Falcons.

The 31-year old Durant previously started with the Cowboys in 2013, missing six games to injury, and in 2014 for six starts alongside Rolando McClain – the reason he was brought back for 2016 and now at least into training camp for the upcoming season.

Durant flashed as a WILL linebacker in 2014 with the Cowboys prior to his injury before looking like his age may have gotten the better of him in 2015 as a MIKE in Atlanta. Drafted in the second round in 2007, Durant reportedly seriously considered retiring after 2015. 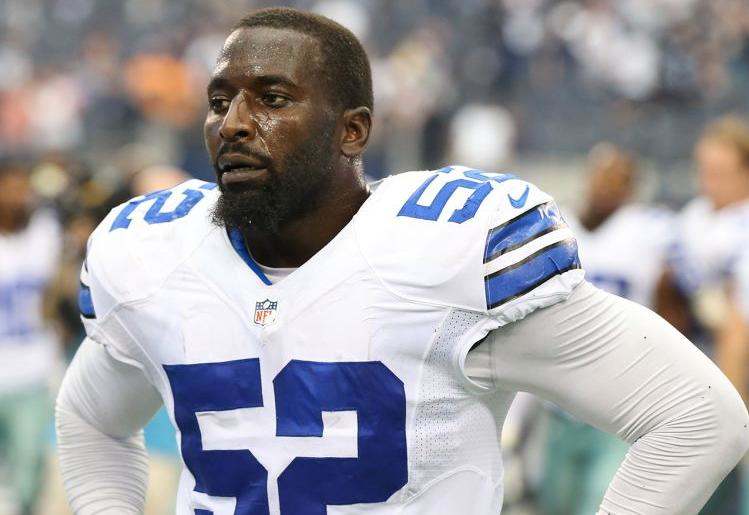 Once again though, the Cowboys will need him to primarily play as a rotational SAM with projected starter Damien Wilson recently arrested. This pre-camp signing comes after I confidently suggested the Cowboys could “look internally” for their answers at LB without Wilson – who is yet to officially be suspended by the league.

Just over 17% of the Cowboys’ defensive snaps in 2016 came with three linebackers on the field, and with such an emphasis placed on the defensive back position this offseason it is likely this number could go down further.

This is good news for Justin Durant, who will stand a fighting chance to again make a solid impact in a limited role for a group of linebackers that is of course still awaiting an impact from Jaylon Smith.

Justin Durant should hardly be looked at as an insurance plan for Jaylon Smith, and going to the well for him one more time may not work out for Dallas, but a player that deserves a chance to compete for a Super Bowl contender is back once again with America’s Team.

Tell us what you think about “Dallas Cowboys Re-Sign LB Justin Durant” in the comments below. You can also email me at Sean.Martin@InsideTheStar.com, or Tweet to me at @SeanMartinNFL!