At about halftime of Week 2's matchup against the Philadelphia Eagles, everything was looking promising for the Dallas Cowboys. The offense wasn't looking great, but the defense was playing lights out and the Cowboys were on their way to beating two consecutive NFC East rivals in as many weeks. Fast forward about 55 days and the Cowboys find themselves not having won a game since.

Over the course of this seven-game losing streak, the Cowboys have had chances to win. No really. The Cowboys really were in all but one game, that one game happening to be against the New England Patriots. And don't get me wrong, I'm one of the biggest Romo supporters out there, but Romo's injury can't be the only reason for the Cowboys' losing streak.

In Week 11, Romo will be eligible to play, and while Jerry Jones has already said that Romo will play despite the Cowboys' chances of making the playoffs, the reality is that No. 9 can't fix everything. Sure he will capitalize more on drives and put more points on the board, but we can't forget about Terrance Williams' regression, the offensive line's failure to sustain drives in the running game, the defensive line's inconsistencies, and the defense's inability to create turnovers.

With Romo back, the Cowboys' chances of winning most certainly increase. Romo gives the team a consistent quarterback who can put points on the board. Romo won't be scoring just six points per game. He'll be able to put up touchdowns and he'll be able to keep defenses honest, instead of just having defenses load the box to take away the running game.

But even with Romo back, the Cowboys' playoff chances remain extremely remote. At 2-7, the Cowboys will need a variety of things to happen if they are to play beyond Week 17. For starters, the Eagles and the Giants pretty much need to have less than three wins over the course of the rest of the year. Considering how badly both of those teams have looked at times this season, that's extremely possible. However, the hardest thing of all may be for the Cowboys to go 6-1 or undefeated down the stretch.

I'm not saying Jason Garrett is the problem, but this team fails to play with a killer instinct or truly put the game away. Because of Romo's injury, we seem to forget about all of the penalties the Cowboys have had this year. They've already blown four leads this year in the fourth quarter. The defense has been spectacular for much of games, but when it needs to get stops, the defensive line fails to get pressure and it leads to huge plays in the passing game for the opposing offense.

In the end, even at 2-7, the Cowboys still find themselves in playoff destiny. Yes, they don't control their own destiny, but if they find ways to simply win games over the course of the next few weeks, playoffs truly aren't that far out of the question. Nevertheless, I would love to sit here and say the Cowboys are golden with Romo, but the reality is that expectations need to be tempered a little bit and that Romo can only do so much. It's not over yet, but time is not on Dallas' side as we head into the last month and a half of the season. 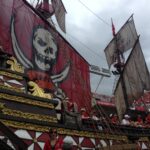 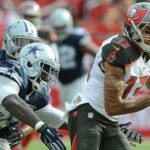