Dallas Cowboys: Which Starting Positions Are Up For Grabs?

From top to bottom, the Dallas Cowboys have one of the deepest rosters they have had in recent memory. There should be plenty of competition at just about every position, but there are only a few starting positions that are still up for grabs.

Offensively, the Cowboys are pretty much returning the same unit that vaulted them into the playoffs last season, but as things stand right now there are a few starting positions that could be up for grabs. The defensive side of the ball is an entire different story for the Cowboys. It's a unit that might be completely overhauled and there are plenty of starting spots that have yet to be locked down.

Let's take a more in-depth look at exactly which positions are up for grabs currently on the Dallas Cowboys roster.

With Doug Free's retirement, the Dallas Cowboys have to find a new starting right tackle. The Cowboys didn't draft any offensive tackles in the 2017 NFL Draft, so that would suggest the new right tackle is currently on the roster.

Chaz Green is likely the most talented and preferred candidate to become the starting RT in 2017, but his long list of injuries is a major concern. Green has yet to finish a season healthy since entering the NFL and that has to be under consideration before naming him the starter.

Green will have to beat out some competition before being named the starter at RT. Emmett Cleary, Byron Bell, and perhaps La'el Collins will all be battling it out throughout the rest of the off-season to earn the right to sit at the top of the depth chart at right tackle. 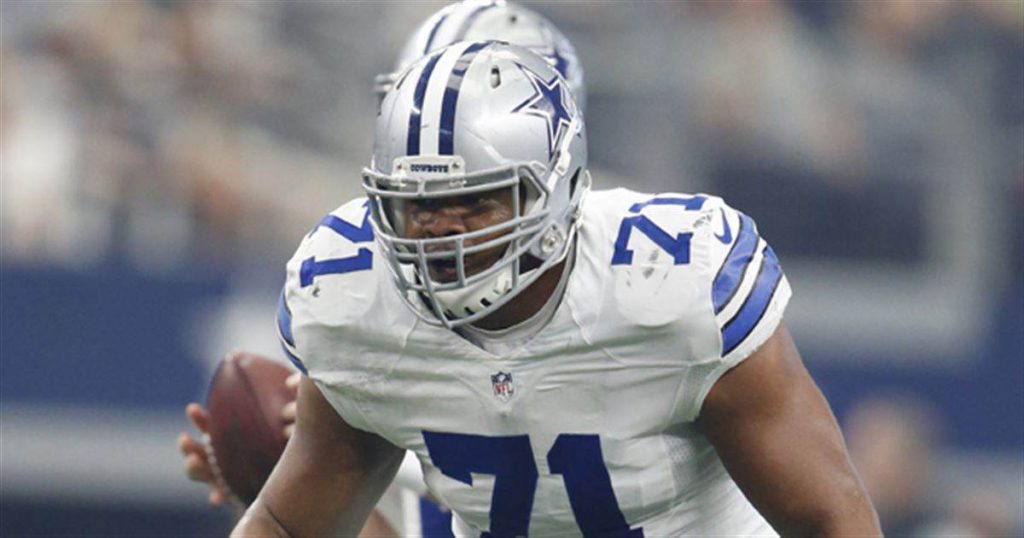 Just like with Doug Free, the departure of Ronald Leary could mean the left guard position is up for grabs. Odds are though La'el Collins is already the hands-down favorite to once again take over the starting responsibilities, but he could also be in the mix at right tackle.

The Dallas Cowboys brought back Jonathan Cooper, a former first-round draft pick, which gives them some flexibility with how they want to go about shaping the offensive line for 2017. I don't think anything is set in stone just yet, which means this could be a position battle worth keeping track of throughout training camp.

The Cowboys are going to want to get their best five players on the field and Collins' position flexibility means he could be in play at both right tackle and left guard. I think he is the key to solidifying the offensive line in 2017 wherever he ends up playing.

The only sure thing at the safety position for the Dallas Cowboys is that Byron Jones will be starting in 2017, but his counterpart has yet to be named. The departures of Barry Church and J.J. Wilcox creates an open spot at strong safety and all eyes will be on this position throughout the rest of the off-season.

Jeff Heath, Kavon Frazier, free-agent signee Robert Blanton, and rookie Xavier Woods will all be competing to earn the spot opposite Byron Jones. I think you'd also have to consider rookie Chidobe Awuzie because of his versatility to play any position in the secondary.

Regardless of who earns the starting spot opposite Byron Jones, it looks as if the safety position will be more athletic and talented in 2017. This is definitely going to be one of the more exciting position battles to watch. 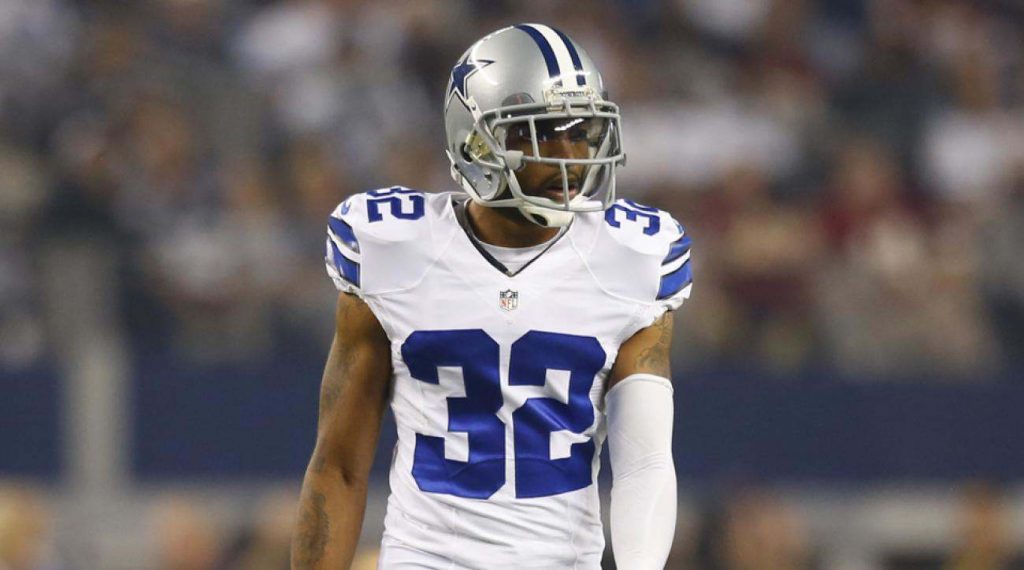 The Dallas Cowboys used three of their nine draft picks on cornerbacks and even Orlando Scandrick's name surfaced as a possible trade candidate. I don't think there is one player among the Cowboys CBs that is guaranteed a starting position, which could mean that we see entirely new faces in 2017.

Scandrick is probably the closest sure thing the Cowboys have to earn a starting job, but the trade rumors cause a little but of doubt in his job security. Nolan Carroll might be the next in line to earn a starting spot because of his veteran experience, but I don't think that's guaranteed either.

I fully believe that whoever separates themselves during the off-season practices will find themselves starting when the season kicks off. I don't think it matters what their salary may be or their level experience. It will be an open competition worth following.

As things stand right now, the only starting spot not up for grabs is Sean Lee's weak side linebacker position. Yes, there is hope that Jaylon Smith will be the starting middle linebacker for the Cowboys, but we are anxiously awaiting to see what he looks like once he can finally get the pads back on.

So, the middle linebacker position and the strong side linebacker position could be up for grabs still. The Cowboys could go with some kind of rotation until things sort themselves out and that could possibly go on into the season. It's probably not the ideal scenario, but that's how things could play out.

All eyes will be on Jaylon Smith, and for good reason, but this will be yet another position battle to keep a close watch on throughout the remainder of the off-season. Especially considering how important the linebackers are in defensive coordinator Rod Marinelli's 4-3 defensive scheme. 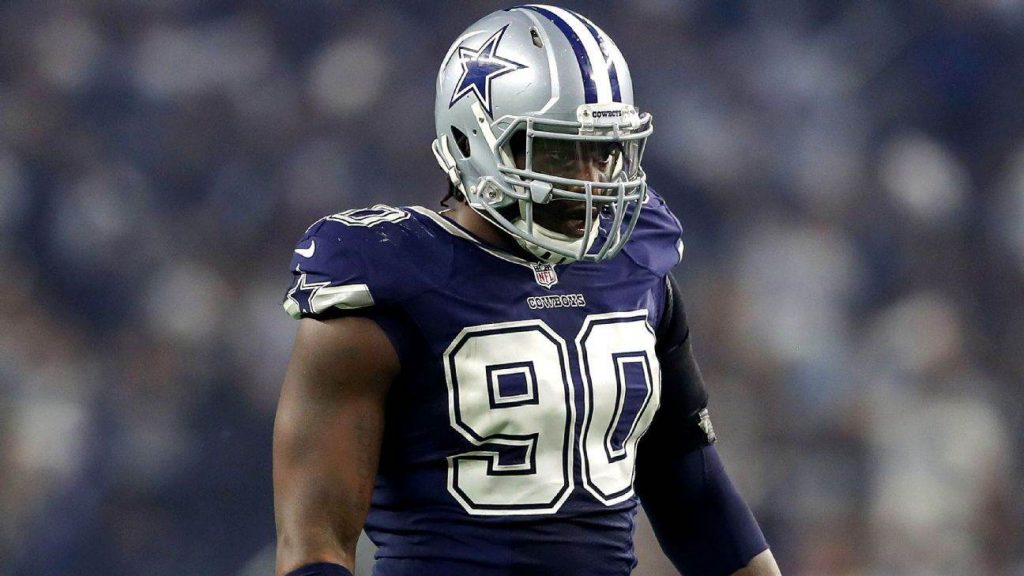 I could have split up the defensive tackle and defensive end positions individually, but the Dallas Cowboys have a lot of players with the versatility to play either position. I personally don't think that anyone is guaranteed a starting spot.

DeMarcus Lawrence has been the starting DE on both the left and right side over the past several seasons, but hasn't been able to take his game to the next level because of injuries and off the field issues. He is going to have to fight for his job just like everyone else.

At defensive tackle Maliek Collins has earned the right to start and he can play either of the two interior DTs positions. The remaining spot is still up in the air, but with the way Marinelli likes to rotate his defensive line might make this open starting spot unimportant.

It is really going to be interesting to see how the entire defensive line rotation shakes out and who can secure themselves one of those open starting spots.

With all of the open starting spots up for grabs, this off-season will definitely be worth paying extra close attention to. There is lot of youth being inserted into the roster and the 2017 season could see a lot of young players playing key roles for the Dallas Cowboys. However things play out, this off-season may be the start of something great.

How do you see these open roster spots being filled?

There's no arguing that the Cowboys' offense has been...
Cowboys News

The Dallas Cowboys have always been known to have...
Cowboys News

As we stand at the half-point of this year's NFL season, the Dallas Cowboys sit nice and pretty at 6-2. Personally, I never envisioned...
Read more
Breaking News

The Dallas Cowboys were hit with awful news Monday morning, as they learned starting cornerback Jourdan Lewis' season is over with a foot injury....
Read more

Defense on the other hand will be interesting I think they Go Lawerence and Taco with the End position, Collins and Paea inside , Lee. Smith. Wilson at LB, Brown. Awuzie. Scandrick(if not traded)or Lewis at Corner , and Byron and Woods at the safety(I’m sorry Jeff Heath fans). This defense will be legit and their young I can’t wait till the season. Let’s go

There are definitely a lot of roster battles that will be interesting to keep track of. It’s going to be a fun numbers game when it comes down to creating the 53 man roster.