Dallas Cowboys: Will Turnover In The Secondary Result In Takeaways On The Field?

If there is one thing that is almost certain in the game of football it is that the team that turns the football over more frequently than their opponent will lose the game.

If your offense fumbles or throws the ball away, and your defense fails to create any takeaways on the other side, you're going to have a really tough time winning a football game.

As simple as it is, teams still struggle with their turnover problems week after week. In the end, most games in the NFL don't come down to “who won it” as much as they do “who lost it.” Or, in the Cowboys case in 2016, who didn't lose it.

The man that didn't lose it, not one single time during his rookie year, was quarterback Dak Prescott. Starting his career with 176 pass attempts prior to throwing his first interception, Prescott led an offense which turned the ball over the 5th-fewest times in the entire league. Considering the Cowboys' two primary ball-handlers were rookies, this stat is rather phenomenal.

In 2015, however, as the Cowboys lost 7 straight and finished a lowly 4-12, their offense couldn't get out of its own way. Where Prescott threw just 4 interceptions last season, Cowboys quarterbacks combined to complete 22 passes to opposing defenses in 2015.

22 interceptions will get any team killed, but when you combine this propensity to turn the football over with a lack of any real playmaking from the defense, the 2015 Cowboys didn't even stand a chance most Sundays.

So as arguments swirled about who, or what, was the biggest reason for the Dallas turnaround in 2016, the answer has always been rather simple. Despite all of the rushing yards from Ezekiel Elliott, the great offensive line which paved the way, the explosive weapons on the outside, and even the incredible rookie quarterback, it was primarily the Dallas turnover differential which raised them to a 13-3 status. 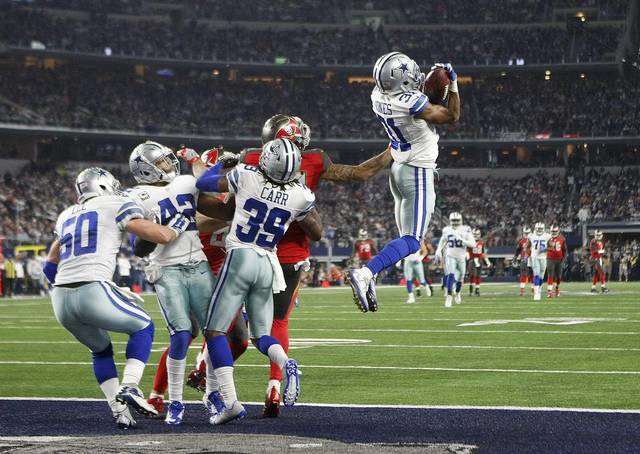 Now, as we look upon the 2017 season with the preseason opener just days away, we have to wonder which Cowboys team will show up. Will it be more like the defense of 2015, where defensive backs failed to make any plays on the ball, and takeaways were rare? Or will it be similar to last season, where Dallas improved from a -22 turnover ratio all the way up to +5, a historic change.

What I fear is that the ratio will lie somewhere in the middle.

Statistical regression is likely for Dak Prescott, even if I believe he is destined to be the next-great Cowboys quarterback. Throwing just 4 interceptions over the course of a season is incredibly rare for a reason, and it's unlikely he will do so again.

Even if Dak does regress in terms of turnovers, it doesn't mean he will have a bad year whatsoever. A 25 touchdown/10 interception season, for example, would be a solid sophomore year, and one which should keep Dallas in contention.

The real onus is on the defense, and the now-new secondary composed of rookies and second-year players, to take the ball away. Chidobe Awuzie and Jourdan Lewis both found themselves around the ball a lot during their college days, and they will need to bring that ball-hawking mentality to Dallas.

Byron Jones must improve on his ball skills, and become the leader of the secondary which I believe he can be. For my money, Jones is the second best defensive player on this roster. He has done everything right thus far, but now it's time for the takeaways to come.

This rebuilt Dallas Cowboys defense will need to become playmakers in ways which they haven't been in a few years if the team is to contend for a Super Bowl title.

Kevin Bradyhttps://kevinrobertbrady.wordpress.com
Die-hard Cowboys fan from the Northeast, so you know I am here to defend the 'boys whenever necessary. Began writing for a WordPress Cowboys Blog, and have been with ITS since 2016.
Previous article
Scouting Report: WR Javontee Herndon Provides Versatility
Next article
Does DE Damontre Moore’s Apology Show Maturity?