The Dallas Cowboys may not be undefeated, but 2-1 is good. It's not the end of the world, as a lot of fans claimed after a loss in week 2. And while the Cowboys had a slow start last week, they also seemed to find themselves at some point.

And really, this week's main wish is all about that. I really hope the Cowboys don't give us another scare this Sunday. This offense should be out there dominating every series… let's hope they do this week.

But, come on… why stop there?

Let's get to this week's Dallas Cowboys wishlist! What do we want to see from our ‘Boys this time? Make sure to share your wishes for the Cowboys' week 3 in the comments below!

Wish #1: We Get a Sack… By Taco Charlton

When the Dallas Cowboys played the Los Angeles Rams in week 3 of the preseason, first-round pick Taco Charlton was able to get his first sack ever in an NFL game. It was awesome, and everyone from Cowboys Nation was happy for him.

Unfortunately, it was only preseason, and Taco still has zero sacks in his NFL career. As he gets ready to face the Rams once again, it'd be fitting to see him get away with his first official career sack this weekend.

With DeMarcus Lawrence and Maliek Collins playing lights out, it doesn't seem impossible for Taco to get the chance to take Goff down.

Ryan Switzer was primarily drafted to be a returner on special teams. And we all knew he came to replace Lucky Whitehead.

So far, Switzer has been very good returning kicks. He's had only a few opportunities and while he needs to learn a thing or two, it's safe to say he'll be good at it.

But what about offense? I'm sure every single Dallas Cowboys fan out there wants to see more of him. I mean, the guy is great. He's easy to root for.

And if we're talking about a guy replacing Lucky Whitehead, I can't help wondering about Switz running a jet sweep. It sure would be epic. After having a carry for three yards last week, there's no question the Cowboys want to find ways to give the fourth-round rookie the ball.

Call that jet sweep, Linehan. You know you want to.

When it comes down to slot wide receivers, Cole Beasley is undoubtedly one of the best in the NFL. He has been a very important weapon for the Dallas Cowboys offense and even led the team in receptions last year.

And for some reason, we haven't seen much from him this 2017.

In 2016, Beasley had 20 receptions for 213 yards through the first three weeks. This season? He's had eight catches for just 69 yards. 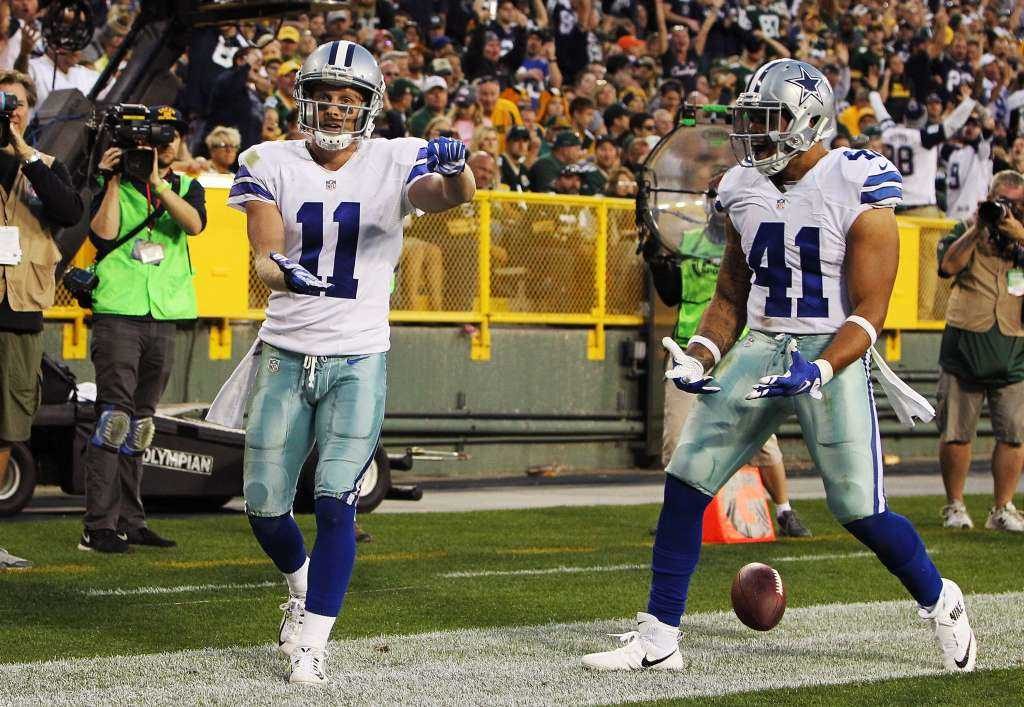 That doesn't mean Beasley hasn't helped this offense though. As we saw versus the Arizona Cardinals, ol' Bease has drawn quite a few double-teams. Heck, we've even seen triple teams.

But Cowboys Nation loves Cole. I hope he has a big day when the Cowboys take the field on Sunday. Give him a touchdown, Dak!

Contrary to what many NFL fans claimed after Elliott's eight yard performance in Denver… Ezekiel Elliott is still a great running back. And he is still one of the best in the NFL, too.

Ezekiel Elliott just got his first 2017 touchdown last Monday, and he'll want more when he takes the field against the Rams.

Last week, he could've easily gotten an 85-yard TD had Brice Butler made the block downfield. Yep, he's hungry. And after four weeks of waiting, we might get what we've been wanting all season.

To be honest, I expect the Rams to keep this game closer than expected. I don't think this will be an easy game for the Dallas Cowboys. For one main reason. And when I say “one”… I mean three…

The Rams have a pretty good set of WRs in Cooper Kupp, Sammy Watkins and Robert Woods. Our secondary may have a tough day defending them.

However, Jourdan Lewis played excellent football last game and with Chidobe Awuzie hopeful to return this Sunday, the Cowboys will be ready to challenge this receivers corp.

I'm also excited to see the Cowboys get Byron Jones, Xavier Woods and Jeff Heath on the field at the same time, something they played with at Glendale.

If the Cowboys are able to limit these three WRs, then the secondary will be headed in the right direction.

It won't be an easy game for the Dallas Cowboys. The Rams are a better football team than a lot of fans think and it could be a close game. However, the Cowboys have a high-powered offense that just needs to find a way to get going early.

Once they find that, opposing teams won't be ready for the Dallas Football Cowboys.

We all know how Carlos is feeling. Scandrick, Lewis, Carroll and Awuzie have all been dealing with injuries this season. Can we get a break?

Mauricio Rodriguezhttps://www.facebook.com/PrimeroCowboys/
I love to write, I love football and I love the Dallas Cowboys. I've been rooting for America's team all the way from Mexico ever since I can remember. If you want to talk football, I'm in... You'll find me at @MauNFL.
Previous article
Keith Smith to Help Cowboys at LB
Next article
Concern Surrounds Cowboys OL Heading Into Week 4