Since they first played each other in 1960, the Cowboys and Cardinals franchises have met 88 times. They spent nearly 30 years together as NFC East opponents. Though not still in the same division, games between the two teams still have that rivalry feeling. Tonight's showdown on Monday Night Football will be no different, and it's a game that Dallas desperately needs to win.

After their 42-17 shellacking suffered last week in Denver, the Cowboys are looking to get their season back on track. The Cardinals are coming off a narrow overtime victory over the Colts, but still have yet to show if they can be competitive against the league's better teams. Both teams are 1-1 and want to stay on the right side of the win-loss columns. 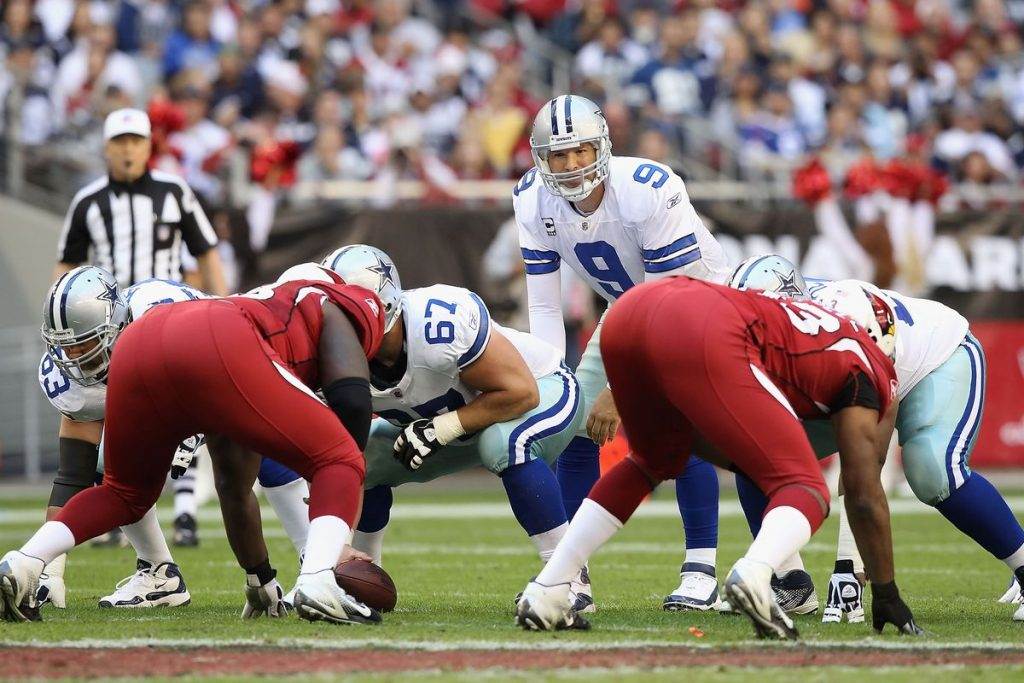 The Cowboys have lost their last four meetings against the Cardinals, going back to 2008. The first three losses occurred in Arizona and the most recent, in 2014, was at home. The series returns to Glendale, AZ tonight, an environment and a team that have not been kind to the Cowboys for a while now.

Over their last 15 meetings the Cardinals have a 9-6 record against the Cowboys. This began with a playoff meeting between the two in the 1998 season, the only time the two clubs have ever met in the postseason. Including that victory, Arizona has won 60% of the time over the last 16 years.

Even though the Cardinals left the NFC East in 2002, their games with the Cowboys still have that rivalry air about them. Even when the Cowboys are having a dominant season, such as their last meeting in 2014, the Cardinals still find ways to give them trouble. The old saying that “you can throw out the record books when these two meet” certainly applies here.

Sometimes it feels like the last 15 years are the universe's way of restoring balance, because this rivalry was as lopsided as it gets in the 1990s.  Not even Jason Witten was playing back then, but most of us remember how badly the Cowboys dominated the Cardinals during their dynasty era.

Before that playoff loss in 1998, the Cowboys had gone 16-1 against the Cardinals. They won 13 straight games from 1990 to 1996. While everyone in the NFC East spent most of that decade looking up at the Cowboys, nobody was their whipping boy like the Phoenix/Arizona Cardinals.

In fact, Dallas' greatest eras have historically included domination of the Cardinals franchise. From 1966 to 1981, the Cowboys were 21-7 against the St. Louis Cardinals (as they were then known). This coincided with their time of being a perennial playoff team and their other two Super Bowl championships.

These sustained periods are why Dallas has won 55 of those 88 career meetings between the two clubs. With the momentum of their 2017 season on the line tonight, the Cowboys need to get back those winning ways against Arizona. If they could start a renewed run of victories against them, all the better.

Whether it's the recent winning or the ever-painful sight of Emmitt Smith in that red jersey, the Arizona Cardinals have been a thorn in our side for a while now. Tonight needs to be a palate cleanser, not just from the loss last week but for the last several years of history between the Cowboys and their longtime rivals.

It's time to remind them who their daddy is.

Jess Haynie
Cowboys fan since 1992, blogger since 2011. Bringing you the objectivity of an outside perspective with the passion of a die-hard fan. I love to talk to my readers, so please comment on any article and I'll be sure to respond!
Previous article3 Players Who Need To Step Up Vs. Cardinals
Next articleDAL 28, ARI 17: Cowboys Restore Order With Gutsy Road Win

In a normal league year, the Dallas Cowboys would have concluded the regular season at this point. The lasting taste in the mouth of...
Read more
Game Notes

The Dallas Cowboys didn't make the kind of statement they'd hoped for in their matchup with the Arizona Cardinals. Struggles in all phases of...
Read more