#DALvsDEN: Could Cowboys Embarrassing Loss Be A Blessing In Disguise?

As a fan of the Dallas Cowboys, I was extremely disappointed in the entire team's performance Sunday afternoon against the Denver Broncos. The Broncos dominated the entire game from start to finish and completely embarrassed a talented Cowboys team. But, this embarrassing loss for the Cowboys could actually end up being a blessing in disguise.

Now, don't get me wrong. I was completely shocked with the lack of discipline and effort the majority of the game for the Dallas Cowboys. It's a game that many of us would like to forget and soon. But, that doesn't mean it can't be a really good learning experience, especially for the younger players on the Cowboys roster. This is really the first taste of defeat many of them have experienced at the NFL level.

Take Dak Prescott and Ezekiel Elliott for instance. Both players had fantastic rookie seasons to start their NFL careers. They were both in the conversation for NFL MVP, but neither player has had to bounce back from a game where they were thoroughly beaten like they will have to next week against the Arizona Cardinals. Everything has pretty much been smooth sailing, but they are now entering into uncharted waters.

Make no mistake. This Dallas Cowboys team is still young in a lot of areas and they still need time to gain that experience. How they perform next week against the Arizona Cardinals could help determine this teams fortitude and willingness to scratch and claw in order to come away with a victory.

I will be the first to go on record and say that I believe the Dallas Cowboys will bounce back against the Cardinals Monday night. I think the Cowboys were so embarrassed that they will rally and put their best foot forward, and they have the Denver Broncos to thank and I'll tell you why. 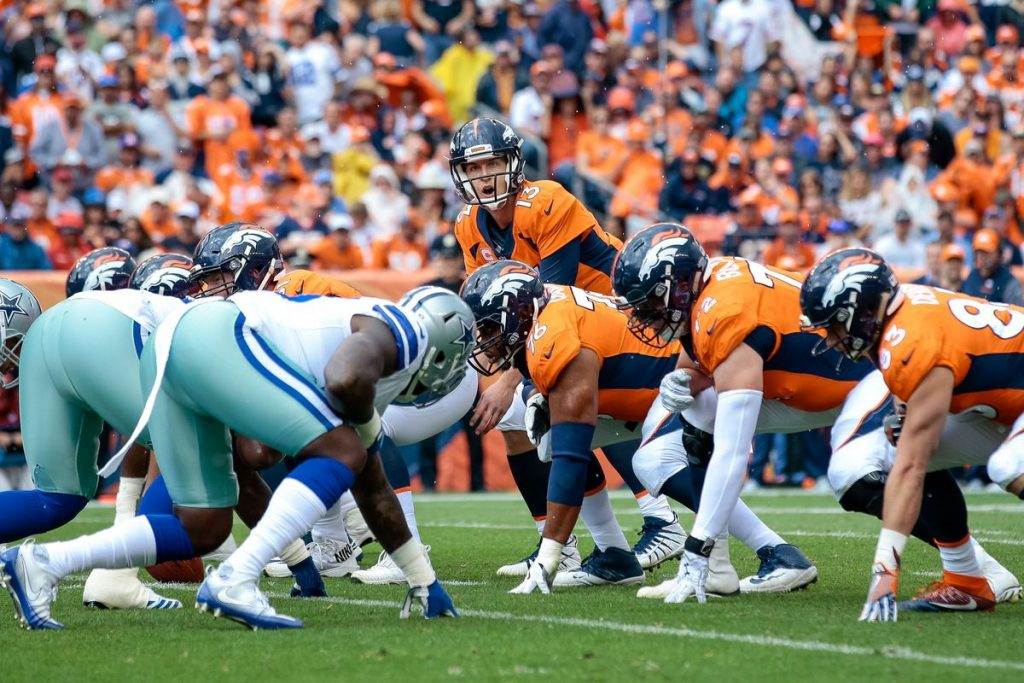 The Dallas Cowboys now know that they have to prepare themselves for the unknown. The Denver Broncos defense threw quite a few curveballs at the Cowboys offense and it noticeably caught them off guard. Fortunately, there really isn't another defense on the schedule this season as talented as the Broncos, but Kansas City and Seattle are close.

I have no doubt my mind that the Cowboys offense will get things right. They are far too talented to be shut down like they were against the Broncos. I wouldn't be surprised if they have some wrinkles of their own up their sleeve this week.

Also, the problems on defense are correctable. Injuries put the secondary in a tough situation, but it did allow some of the young CBs to gain some valuable in game experience. Jourdan Lewis to me played very well, despite missing the majority of the off-season because of injuries. He is going to be a player for the Cowboys and it might have to be sooner rather than later.

The majority of the problems on defense were due to poor tackling. I quit counting the number of times I saw defenders break down to make a tackle, only to let the offensive player slip through their grasp. You know you're going to have problems on defense when Sean Lee is missing tackles.

Fortunately, that just comes down to fundamentals and I have no doubts defensive coordinator Rod Marinelli makes that a focal point in practices this week. Injuries on the other hand will simply have to be worked around. The aforementioned Lewis could play a key role this week against the Cardinals, but hopefully Chidobe Awuzie can overcome his minor hamstring injury and get back on the field.

All in all, there's really no need to worry that the Dallas Cowboys team that played against the Denver Broncos Sunday is the same one we will see the rest of the season. I think we can just chalk it up to a bad game and hope that they can put it behind them. Unfortunately, we're going to have to wait and see if that is indeed what happens.

Are you worried about the Dallas Cowboys?

The Cowboys played their first preseason game Saturday against the Denver Broncos, and guess what? Penalties were one of the most significant takeaways.  It's preseason,...
Read more
Game Notes

The Dallas Cowboys play their first of three preseason games this Saturday, as they open up against the Denver Broncos in the Mile High....
Read more
Game Notes

If you weren't looking forward to seeing Randy Gregory lining up across from his former teammates, you've been given a reprieve. The former Cowboy...
Read more

Every team takes a severe beating at some point, the “Boys number just came up. The Cardinals game will tell us a lot about this team. If they don’t play like their hair is on fire after the beat down in Denver, I will be concerned. I am excited to see how the combination of Damontre Moore and Demarcus Lawrence look on Monday night. Carson Palmer is a statue, that could be a lot of fun.

I agree with everything you said. I’m expecting a bounce back game from everybody and hopefully it puts the entire Dallas Cowboys team on the right track for the remainder of the season.

Brian I wholeheartedly agree with you. I too truly believe that the Broncos game was a wake up call for not only for the players but the coaching staff as well.

Even the Cowboys teams of the 70’s and 90’s laid an egg on the road to winning the Lombardi Trophy.

It will be interesting to see how well the Cowboys bounce back from the Woodshed Whooping that the Denver Broncos put on the team.

I was witness the whopping in person last Sunday @ Mile High Stadium.
Hopefully that will be used as a reminder and a teaching tool throughout the 2017 season that nothing is given but earned each week in the NFL. That was the second Cowboys game I witness and the Cowboys lost the first was in 1989 @ the old Texas Stadium the Thanksgiving game against the iggles. Jimmy Johnson 1st year.
Monday can’t get here fast enough. I stii believe that this is the Cowboys year once everyone is back @ full strength.

Brian I could have written your post word for word. The news has been all over Zeke for his lack of eagerness to participate in that interception,but from what I saw both sides of the ball stunk pretty bad and fingers should be pointed at everyone not just particular individuals. I truly hope it is and plays as a wake up call and it’s the perfect time for it if any…A good showing in Arizona should right the ship..,!

Hi Brian, maybe it is me, but it seems that Dallas’ coaching staff is slow to adjust, if at all, to what the opponent is doing. I think it has been mentioned before. If the running game was being stopped, why not introduce other plays, screen or short passes, dink and donk if you like, to keep the chains moving and give guys confidence? It is frustrating to see the same plays over and over when they have not worked. On the defensive side, no question, it’s almost a brand new secondary all across the board, and they will need experience by fire. I hope they will gain confidence as the season progresses. I am not quitting on my team, there is plenty of football yet to be played. Go Cowboys.

Man… I hate to say this… but so far 2017 is going exactly the way I predicted it would as soon as they named dak permanent starter over romo…. I said … “dak will have a good rookie season, they’ll send off romo, and in 2017 dak will come crashing back down to earth and everyone will be mad they shipped off romo”….
it’s only 2 games but hear me out…. has dak looked similar to the way he looked in 16?? NO! He’s pressing and also he’s not as accurate and again…. he’s not very good at throwing deep. Argue all you want but the tape doesn’t lie…
Also… when was the last time you saw the cowboys have BACK TO BACK dominant seasons? As far back as I can remember… they have a great 11-12 win season followed up by a stinker… then a couple mediocre seasons followed up by a dominant season then immediately following that season… another stinker…. and the routine continues….
I’m not disappointed by dak Prescott… I’m just not as enamored by him as most fans are…. I feel that for his current contract he’s a steal… but when this deal is up….

I don’t think dak will have the career romo had… success wise… or the longevity in Dallas romo had….
Which stinks because romo didn’t accomplish anything of significance in his career….

This Arizona game will tell us A BUTT TON about the mental make up and intestinal fortitude of this team… also about the effectiveness of this coaching staff….
this game Monday really tells the future of this franchise in more ways than just a win or loss….
Here it is cowboys fans. Let’s see how the team responds