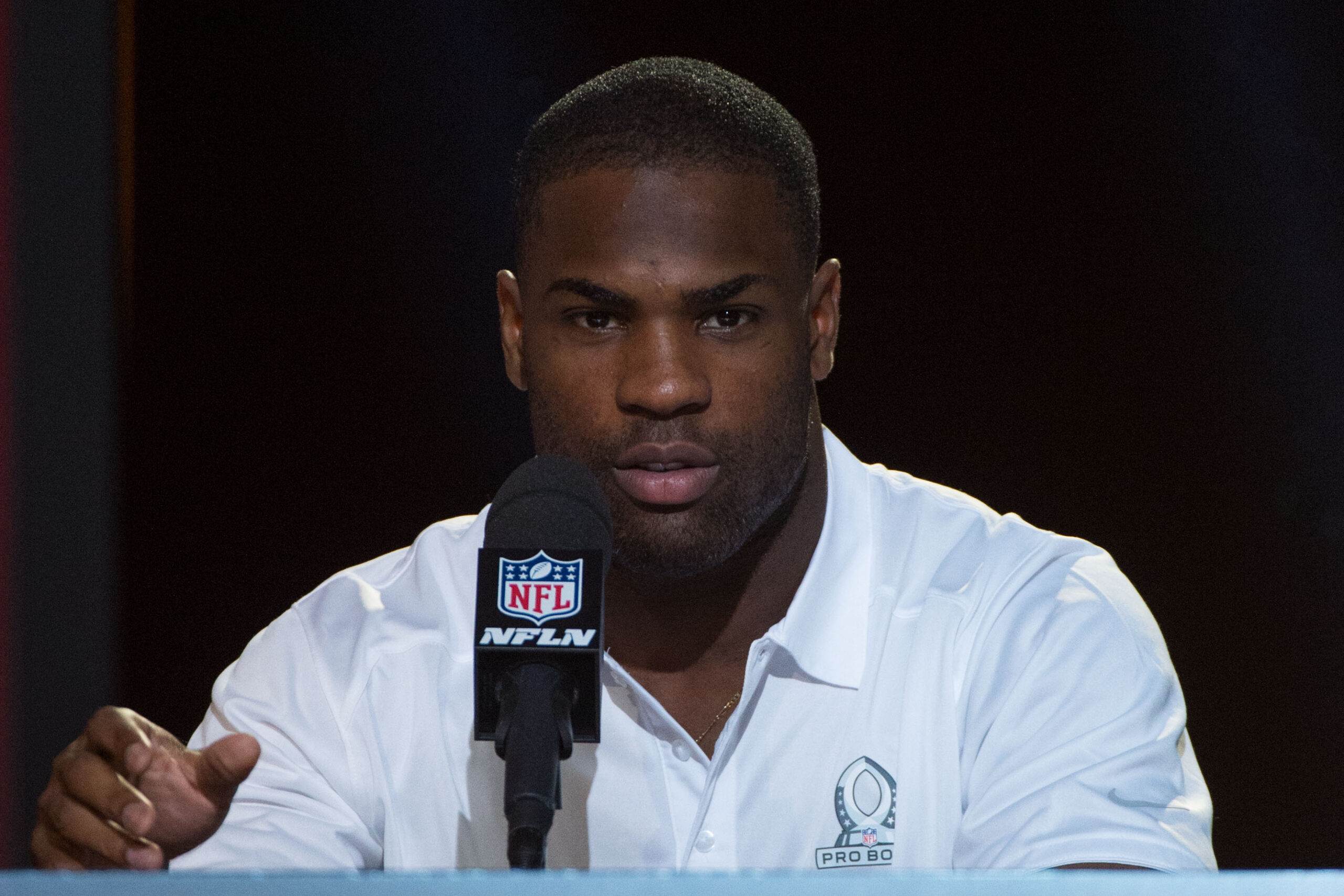 The last three days have been murder for us Cowboy fans. I don't know about some of the other social networks but Twitter has been ablaze with talks of DeMarco Murray and his impending decision on where to go for 2015.

I wish I had a magic ball that would tell me where he's going to go, but I don't. No one does.

Instead, I have the good sense enough to realize that DeMarco Murray will go where the money is right for him, and that is almost certainly not the Dallas Cowboys. The hardest thing to accept seems to be that Dallas just doesn't see the running back position in the same light that many fans see while they're jumping up and down screaming as he breaks off a long run.

Nobody here is knocking DeMarco Murray.

He is a fantastic RB who has done some good things for the Cowboys. But one of the most obvious concerns is that Murray only had the success he did once the entire NFL community began to buzz about this hot new offensive line in Dallas. Yes, he was just as good in short stints before 2014, but unable to stay healthy enough for the long run.

Make no mistake about it, this offensive line – led by Tyron Smith, Travis Frederick and Zack Martin – has done great things for Murray's career.

Here are some questions being sent to us via @CowboysNation the last day or so regarding DeMarco Murray.

“@SicLaw: @CowboysNation no guarantees these rookie RB won't wash out. Our window is now. Romo's back has 3yrs max.” No one is a guarantee

“@JoshSandlin12: lose Murray, go for AP or draft a replacement? I say draft but AP would be tempting…” pic.twitter.com/SeTJIIWzfL

And the conversations spawned from some of those tweets got even more ridiculous.

Setting aside all ideas of Adrian Peterson coming to Dallas (I know, I know, it's his lifelong dream to play for the Cowboys and everything ESPN reports is gold, but…), fans are just having a hard time understanding why Jerry Jones isn't lying down in front of DeMarco Murray's car to keep him from leaving.

I've got two words that do explain it all: defense & value.

After restructuring Tyron Smith's contract, and factoring in the tenders offered for Lance Dunbar and Chris Jones, the Cowboys are looking at around $8mil in cap space this year. How much of that would it take to keep DeMarco in Dallas? We'll know for sure once he signs a contract but smart money is on all of it.

Justin Durant and Bruce Carter have signed elsewhere already. Henry Melton has agreed to terms with Tampa Bay too. Even with all 2014 defensive players returning for 2015, the Cowboys were going to have to make some changes and bring in new people to increase that unit's performance. These departures only add to that issue because that's three fewer options the Cowboys have. And there are more free agents on defense that haven't made a move, yet.

There simply isn't enough money to cover all of the Cowboys' needs. And you can bitch and moan all you want about Tony Romo's contract and Jerry's fascination with restructuring contracts, but we've got an elite quarterback (ring or no ring), a stud wide receiver, an aging but still hall of fame bound tight end, and hands down the most dominant offensive line in the NFL. All of that costs money.

Thank goodness Frederick and Martin are still on their rookie contracts!

When money is short and needs are long, you have to harder at your prospects and make decisions about what traits are the most valuable. Right now, DeMarco Murray's biggest advantage over Randle or a rookie is his name, and the number of yards and touchdowns associated with that name in 2014. Speed, vision, burst, quickness; all things not exclusive to Murray.

But to be honest, it's the value portion of this scenario that really has people up in arms. They understand the money aspect and the large need for improvements on defense well enough, but they can't seem to grasp Murray's real value.

I've already said it, and I don't mind saying it again – DeMarco Murray is a fantastic talent. That's the truth.

Does anyone know why the Cowboys have selected offensive linemen in the first round of 3 of the last 4 drafts? Anyone? Anyone? Bueller? Because the best offensive line in the league can and will boost the stats of anyone playing behind them. Tony Romo is better because of that line. His attempts and yardage were lower in 2014 but his QB rating and overall efficiency were higher.

DeMarco Murray has only played one full season start to finish because of injuries, and that line is the difference between him playing all of 2014 and playing only half of 2014.

Murray took a beating in 2014 with more than 400 carries. Sure, he's only 27, but for a guy who has been seriously injured in 3 of his 4 seasons, even 27 is old after so many carries. The days of the workhorse back are long gone. I firmly believe that the only reason we got away with that last year is because of that line, Tony Romo, Dez Bryant, and Jason Witten. And throw in Cole Beasley for good measure.

The Cowboys currently have Lance Dunbar, Joseph Randle, and Ryan Williams secured for 2015. There are many who doubt the guy falls to #27 in the draft, but there is an outside chance they can pick up Todd Gurley as well. But even 2nd round talent would suffice (not excel) behind that line.

In truth, nobody is saying the Cowboys will have the same league leading rushing attack in 2015 without Murray. Most of us just believe we won't have that much success even with Murray.

There are no guarantees in football. Murray could go down week 1 – for whatever team he's with in 2015 – or he could survive 30 carries a game straight to the Super Bowl.

His chances are just as good as any other back available, only his price tag is any different.

At this point (about noon on March 12th), the Dallas Cowboys need to secure a running back to replace DeMarco Murray and address many holes on the defense. Whether DeMarco Murray is the back they sign or it's someone else via free agency or the draft, the Cowboys have the same personnel situation to address.

But without Murray, the Cowboys can fill his hole for less money and still have a reasonable expectation of performance from their backfield, and still have some money to address needs on the defense.

Like it or not, the Cowboys have greater potential without Murray, thanks to his price.

good riddance…hope philly fans enjoy him and his fumbles.

draft picks can’t and won’t solve everything, Cowboys need to start signing key players that can come in and help

why shouldn’t it be a concern to see all these players leaving?

Thanks. Glad to be a part of someone’s good news today. 🙂