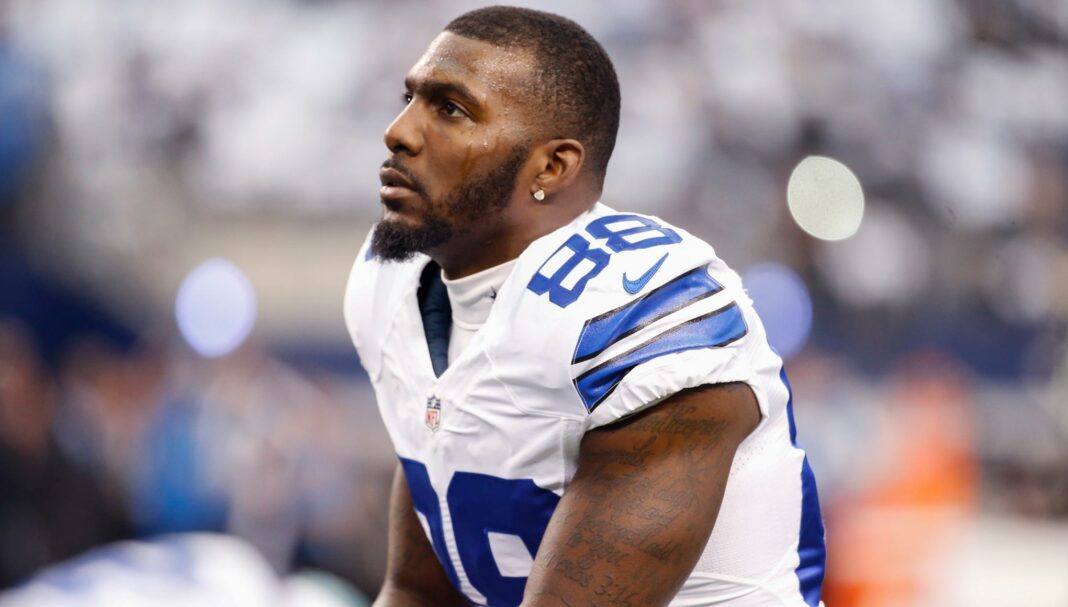 Despite a mutual desire between Dez Bryant and the Dallas Cowboys to hash out a long-term agreement, Jerry Jones placed the franchise tag on Bryant by Monday's deadline.

The two parties had negotiations throughout the season but their efforts were fruitless. As per the rules, Dallas will now pay Dez no less than the average of the top five salaries at the wide receiver position, equating to roughly $13 million in 2015.

The franchise tag opens a new window for negotiating. Dallas and Bryant's agent have until July 15 to work out a contract while keeping the star wide receiver off the free agent market.

I wish They felt the same way but it's cool.. It's #business RT @FrankyGonzalez3: I love how dedicated @DezBryant is to the @dallascowboys

Dez has voiced his displeasure via Twitter, as the tag gives his future no clarity while being guaranteed millions of dollars less. Bryant's desire to be a Cowboy for life indicates that an eventual agreement is inevitable.

In 2012, Calvin Johnson signed a contract worth up to $132 million over 8 years, so expect Dez to command a contract in Megatron's ballpark.

The former Oklahoma State Cowboy garners the merit for such a steep price, hauling in 56 touchdowns over the past five seasons, more than any player in the NFL. He has quickly climbed the ranks as one of the league's elite talents.

Dallas has been weary of a long-term commitment due to concerns with Dez's off-field behavior. Coming from a troubled upbringing, he has had legal issues since entering the league but has cleaned up his act in recent years.

As a result of character concerns, Dez slipped in the 2010 draft despite being the most talented wide receiver available. Dallas traded from the 27th slot to snag the Texas native with the 24th overall pick.

The 6'2″, 220 pound receiver from Galveston County was issued #88, a uniform previously worn by legendary Cowboys receivers Michael Irvin and Drew Pearson. Dez Bryant is becoming a legend in his own right, catching a Cowboys single-season record 16 touchdown receptions in 2014. Dez also racked up 88 catches and 1,320 yards to land All-Pro honors this past season.

His presence in addition to Tony Romo and DeMarco Murray on a stacked offense, led the Cowboys to a NFC East crown and one playoff victory. The three formed a devastating trio of rare talent. With Murray set to test free agency, his future in Dallas is in doubt. Long-term the Cowboys may have to choose between Murray and Dez. Murray's injury history paired with Dez's freakish talent at a wide receiver position that is much less dispensable than running back, it is comprehensible to lock-up Dez for the long haul.

The skepticism surrounding this possible video of Dez Bryant in a Wal-Mart parking lot doesn't merit the evidence to worry fans or the front office. Dez's resume calls for a hefty contract that Dallas will have to oblige at some point.

Dez Bryant posses a rare, game-changing talent. His ability to shake double coverage, outrun the defense and catch the unmatchable pass is unlike any other. He's deserving of a huge contract, and it would be wise to hammer out a long-term commitment.

With Dallas set to place the franchise tag on the two-time Pro Bowl receiver, the negotiating clock once again starts. Approximately four and a half months is plenty of time for the Cowboys and Bryant's agent at ROC Nation to discuss figures.

Some day Dez Bryant could be honored in AT&T Stadium's Ring of Honor, if he becomes a Cowboy for life.