I'm sure you've heard the saying “You can't teach an old dog new tricks”, but do you understand its meaning? It basically means that it is very difficult to teach someone new skills or change their set ways. This particular saying keeps popping in my head when I think about Dallas Cowboys wide receiver, Dez Bryant, and his recent struggle with injuries.

You see, something needs to change with the way Dez Bryant plays the game, because he has missed some significant time over the last two seasons because of injuries. I hear the “injury prone” phrase tossed around from time to time in reference to Bryant, but I personally think that is inaccurate.

Dez Bryant isn't injury prone in my way of thinking. Nearly every injury he has endured over the past couple seasons could've been avoided if he simply tweaks the way he plays the game just a little bit.

Well, yes and no. Dez Bryant's biggest problem lies in his strengths as a wide receiver. He prides himself by the toughness and physicality in which he plays the game. But, it's his physical nature that has caused him to miss games in both 2015 and 2016.

You may have forgotten, but in 2015 he suffered a fractured foot that required surgery. Then in 2016, he fractured his knee in the third game of the season against the Chicago Bears. Both of these injuries were sustained when he was fighting for extra yards after the catch, which by the way is where his mindset needs to change. 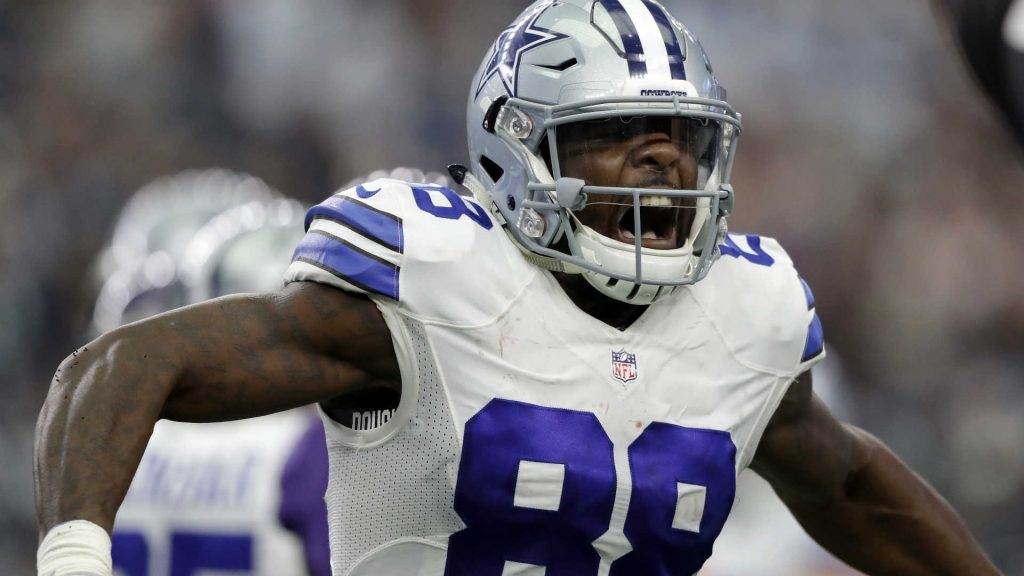 Dez Bryant has the mindset he can score any time he touches the ball. It's a great mindset to have, but he needs to understand when it's the right and wrong time to fight for extra yards. There are instances that it is preferable to make the catch and go to the ground. Not every play has to pick up big yardage.

Now, I'm not saying that it's going to be easy to make this change, but it's not impossible either. I do however think this will be really difficult for Bryant to accomplish, because he is a competitor and feeds off of his emotions, especially on game day.

There is no denying how important Dez Bryant is to this team. He absolutely has to remain healthy in 2017 if the Cowboys want to build on the success they had in 2016. That means #88 is going to have to learn how to keep his emotions in check and how to better protect himself against injuries.

I know it may sound like a small thing, but if he can learn not to fight for unneeded extra yards, I think these “freak” injuries will become an afterthought. Of course, this is something both he and the coaching staff will have to place an emphasis on in both practice and when reviewing tape.

So, I know the saying “You can't teach an old dog new tricks” suggests Dez Bryant is probably already too set in his ways to change, but if he wants to live up to his contract, changes are needed.

Do you think Dez Bryant is capable of learning new tricks?

Like you said Brian there’s a time and place to fight for the extra yard, just have to pick your battles

I’m just hoping he realizes that and adjusts his game accordingly. The Cowboys are a better team when he is on the field.

A really, really good team, honestly it wouldn’t shock me if we scored 500 points on offense this season