After a weekend full of cuts and roster moves all around the NFL, the Dallas Cowboys are ready for regular season action. In less than a week, they’ll be playing the New York Giants for the first Sunday Night Football of the year.

It was a fun preseason for the Dallas Cowboys, with a lot of intrigue about who would make the roster and who wouldn’t. And just like every year, some of us were excited to see if some of the younger players would clear waivers and make it to practice squad.

Some did, some didn’t… but the Cowboys now have their 10-man practice squad and are ready to roll.

Before you ask for one of Cowboys Nation’s favorites, WR Andy Jones… he was the only Dallas Cowboys player to be claimed in waivers. If it’s any consolation, he will remain in state after being picked up by the Houston Texans. It’s only fair to wish Andy good luck.

However, the Cowboys still decided to keep two wide receivers on the PS. Both Lance Lenoir and Brian Brown will remain with this team. Wide receiver is one of the deepest positions for this team and the Cowboys even kept six on the roster.

With Ryan Switzer out all preseason, Lenoir saw a lot of time on special teams. Unfortunately, he never showed much, having a lot of trouble returning kicks. It’s nice to see him being signed for practice squad though. Lenoir has a lot of good traits, and while he didn’t have success as a returner, he could develop into a good catcher in the future.

WR Brian Brown had some good moments in preseason and throughout training camp. He didn’t make a lot of mistakes and same as Lenoir, he may have what it takes to be a good NFL receiver down the road.

After deciding to keep Noah Brown on the roster and after Andy Jones was claimed by the Texans, it really was a decision among Brian Brown, Lance Lenoir and Uzoma Nwachukwu. I think the Cowboys did a good job regarding their WRs. 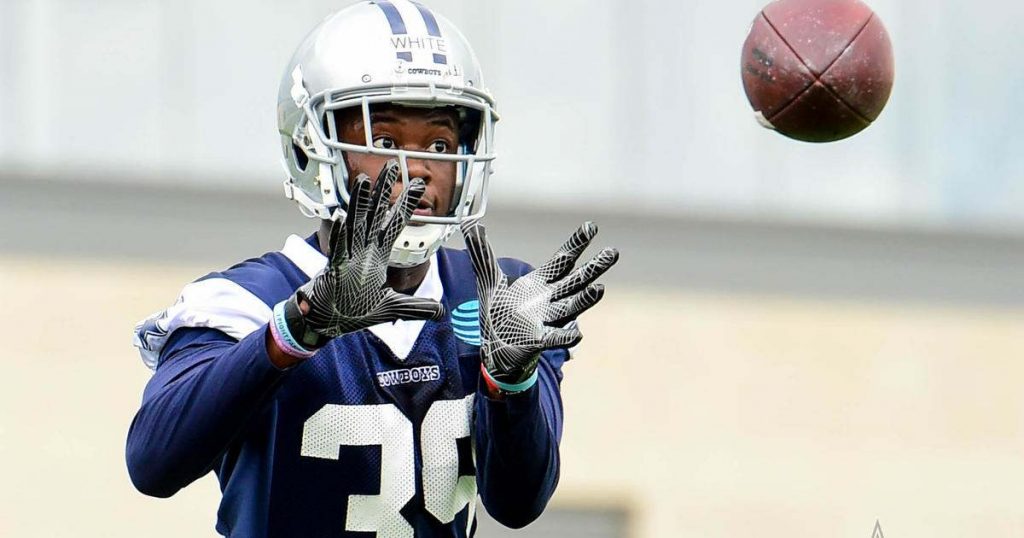 The Cowboys were lucky to see CB Marquez White clear the waivers. Waiving the sixth-round pick was one of the most surprising moves made by this team this weekend. Although the Cowboys brought in Bene Benwikere, White was not having a bad preseason at all. Signing him to the practice squad was undoubtedly a win for Dallas. I wouldn’t be surprised if we see him on the roster as soon as next season.

A lot of fans were rooting for White, but it looks we will have to wait a little longer to see the Florida State product.

Marquez White is a better football player than this Bene Benwikere.

Lewis Neal was another player that Cowboys Nation was rooting for, and while he didn’t make the roster, at least he is staying in Dallas. It is no secret the Cowboys’ pass rush isn’t ideal, and having young, promising players for these positions on PS is always a good thing.

Neal had a pretty good preseason and is a project the Cowboys will have to keep an eye on. This year is an intriguing one for Marinelli’s defensive line. A lot of names who could turn into a pretty decent unit could add a developed Lewis Neal next year. Out of the ten names on this squad, Neal might be the most promising one.

Neal won’t be the only DL on this squad. Richard Ash was also signed this weekend to the PS. He has had his good moments and could come in handy if this team faces injuries at some point of the season.

Safety Jameill Showers is back once again on this squad, and I can’t help being happy about it. He is a versatile player who can help in practice playing a variety of positions, including QB.

Also, the Cowboys decided to go heavy on the offensive line side of things, carrying three linemen with Dan Skipper being the most note-worthy of them.

Blake Jarwin is another name to keep an eye on. We are all rooting for Rico Gathers and Geoff Swaim, but having another young TE is good for this team. Gold Jacket Witt won’t be here forever.

It is important to keep in mind there can still be some changes to this practice squad, especially with a lot of talk about Kellen Moore coming back. While being signed back to the roster is a big possibility, I would bet that Dallas will consider signing him to the PS.

Overall, this is a pretty good group of guys that the Dallas Cowboys will count on. It may sound optimistic, but it feels like at least one or two of these guys will have an important impact in the future for this team.

Tell me what you think about “Discussing The Dallas Cowboys Practice Squad” in the comments below, or tweet me @MauNFL and let’s talk football! If you like football and are looking for a Dallas Cowboys show in Spanish, don’t miss my weekly Facebook Live! show, Primero Cowboys!