In the midst of OTAs and with training camp quickly approaching, the Dallas Cowboys are getting their first looks at a lot of the new players on the roster. The team focused heavily on the defensive side of the ball in the offseason, but one position on offense that they worked on is wide receiver.

The Cowboys are currently jam-packed with bodies and a lot of talent at wide receiver.

That depth chart looks a little something like this:

Of course, not all of these guys will make the team, but in previous years the Cowboys went a little light at receiver.

In 2016 the Cowboys went into the season with Dez Bryant, Terrance Williams, Cole Beasley, Brice Butler, and Lucky Whitehead. Could 2017 be the year we see six receivers? Could even more make the 53 man roster?

When we look at who is a lock to make the team we, of course, know that Dez Bryant, Terrance Williams, Cole Beasley, and Ryan Switzer are almost certain to make the team.

Dez Bryant and Terrance Williams are veteran receivers who don't play much of a special teams role at all. We all have dreamed about the idea of having Dez return punts like he did in his rookie season, but that ship has sailed. Terrance Williams is a quality #2 receiver and isn't asked to do much on the special teams side of the ball.

But Ryan Switzer and Cole Beasley are different stories.

Both, Ryan Switzer and Cole Beasley will play a role in the kicking game this season. 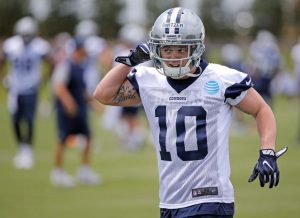 Switzer was drafted in the fourth round by the Cowboys to be a difference maker. While Switzer is showing early signs that he can do just that on offense, the coaching staff had other ideas when they turned in his card.

Ryan Switzer was one of, if not the most productive punt returner in college football throughout his career.

Switzer finished his career at North Carolina with 99 punt returns for 1,082 yards (10.9 YPR) and seven touchdowns. Switzer's vision in the open field, shiftiness to break tackles, and quick feet make him a nightmare to locate and bring down in the open field.

Is Lucky's Luck Running Out? 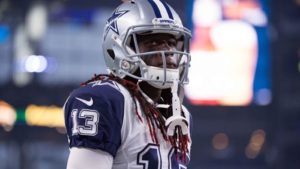 With Switzer likely taking over as the team's punt returner, Cole Beasley being a big weapon on offense who also handed a good amount of punt return reps last year, Lucky Whitehead's future with the team is looking rather bleak.

Whitehead was brought in as a UDFA in 2015 and won the hearts of many fans with his charming attitude, interactions with the fans, and funny snap chat videos. What Lucky has yet to do is make any real impact on the football field.

Whitehead has been the primary kick returner and has slowly let Cole Beasley take punt returns away from him due to his lack of production and propensity to fumble. Whitehead doesn't offer much on offense, just the occasional jet sweep, which is something Ryan Switzer can do just as good, if not better with his running back background.

To make matters worse for Lucky's chances, he is currently dealing with a hamstring injury that is keeping him out of OTAs. Whitehead's off the field issues, injury concerns, and lack of production may have his days in Dallas numbered.

What To Do With Brice Butler? 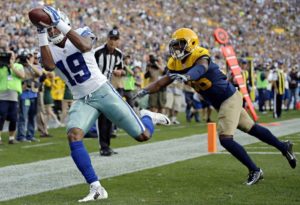 Brice Butler is a tough evaluation. The Cowboys acquired Butler with a fifth round pick in November, 2015 to the Raiders after Dez Bryant went down with an injury. Butler hasn't really disappointed or impressed; he has been an average down-the -depth-chart receiver since joining the team.

Butler has been given the title as the Cowboys' best deep threat, but we have yet to see him win in that way consistently. In his two years with Dallas, Butler has hauled in 28 catches for 477 yards and three touchdowns in a limited role.

Even with this stat line, the Cowboys decided to give Brice Butler a one year, $1.1 million contract in the offseason.

That means the team has to save him a roster spot right?

Butler's contract is so small that if he doesn't perform well in training camp or one of the younger receivers out-play him, the team can simply cut Butler and only lose $300,000.

The ball is in Butler's court.

Taking A Shot With A Young Gun

Like I mentioned earlier, the Cowboys depth chart is loaded this offseason. Rookies Noah Brown and Brian Brown have a lot of work to do to make this roster, but I have a feeling at least one of them will. 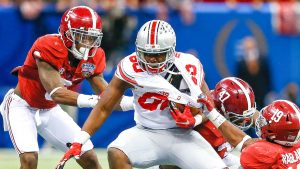 Noah Brown was one of three draft picks the team had in the seventh round of this year's draft and I think they got quiet the steal in the former Ohio State Buckeye.

Brown was supposed to be the #1 target for the Buckeyes going into the 2016 season, but he struggled to get things going. Brown had 32 catches for 402 yards and seven touchdowns in his sophomore season.

Noah Brown's style of play is very similar to that of Dez Bryant. Both players use their size and physicality to high-point the ball and bring down contested catches. Brown's upside may force the team to stash him on the roster, because I don't like the chances of trying to get him to the practice squad. 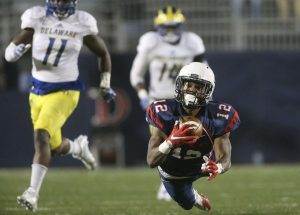 Brian Brown is a player I am very familiar with. Brown attended the University of Richmond, which is about a 10-minute walk from my house. With Virginia Tech and University of Virginia a ways away from me, and getting most of the college football hype, it was nice to have a player drafted right out of my back yard.

But don't worry, I am not including Brian Brown in this article just because of where he played, this kid can ball!

With all the bodies at the position right now, Brian will have to go above and beyond to make this team, but don't count him out. He finished his senior season with 81 receptions, 1,485 yards, and 11 touchdowns.

Brown has a knack for making some pretty ridiculous catches and creating separation at the top of his routes.

Every year we all fall in love with a player in training camp and believe he will be the next savior. Last year that guy was Andy Jones. Jones made a name for himself last year in OTAs and training camp, but struggled in the preseason.

Andy Jones landed on the practice squad last year and is out working hard again early in the offseason programs this year.

Both Tony Romo and Dak Prescott have commented on how much potential he has and how much he has grown from his rookie season. We will see when the lights come on in the preseason if Andy Jones can finally earn his star.

My final prediction has the Dallas Cowboys keeping six wide receivers on their final 53 man roster, while sending two receivers to the practice squad and cutting three. 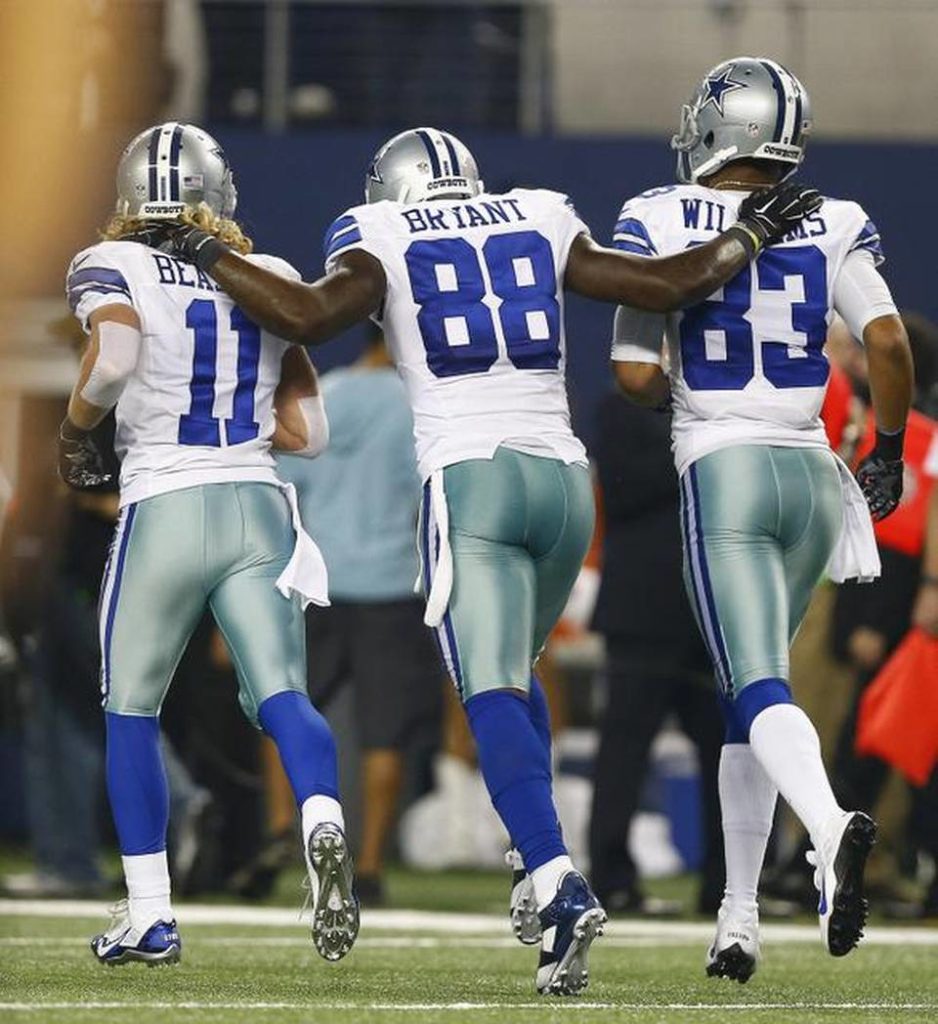 I decided to keep six receivers for a few reasons.

Dez Bryant seems to miss games every year and Brice Butler usually fills in nicely for him, but keeping Noah Brown gives the Cowboys another option to plug-in if an injury or lack of production pushes another player down the depth chart.

Carrying six wide receivers likely means the Cowboys will have to go short somewhere else on offense. Whether it's just keeping two quarterbacks or maybe letting Ryan Switzer fill in as the fourth running back.

This offense was great last year and with the talent they added at wide receiver it has the potential to be even better!

Leave me your thoughts on what you think the Dallas Cowboys 2017 wide receiver depth chart should look like.

They keep Butler for simply being familiar with the offense or they like Brown enough in preseason they keep him. Switzer and Brown were drafted to replace Whitehead and Butler. Whitehead is definitely out, while Butler has a chance to beat out the rookie.

I cringe every time I see an article about Dallas Cowboys receivers because I feel another writer is going to misrepresent who Brice Butler is.

“Dez Bryant seems to miss games every year and Brice Butler usually fills in nicely for him”. Can you give me the data to support this. People just throw this out and expect people to believe it. I’ve watched the games and studied the game logs and it just isn’t true! In 2 seasons Butler has caught 28 of 58 targets! That is a 48% completion rate my friend and that is horrible! It is sub-average! In 4 seasons, including 2 in Oakland, where he could not start when Oakland was hungry to find any receiver that could play, he has never had more than 280 yards receiving and shown absolutely no growth or development. If they only keep 5 receivers I don’t see one of them being Butler unless he flips a switch.

I’ve seen “Brice Butler usually fills in for him.” I’ve never seen ‘nicely’ put in there before. If they did, then they aren’t watching how many times Brice drops the ball.

I agree!! I cringe when they would put him in the game; he’s the pits!!

I think the Cowboys will draft wide receiver again in 2018.

Cowboys will go long due to having Noah Brown. He can be groomed to replace Dez when his contract is up or at least be a better backup than Brice Butler who you only have for one more season.

Brian Brown is a keeper!!! He has great hands; runs beautiful routes; and has football smarts!! I watched his “Silent Assassin” highlights and was impressed!!! I’m rooting for him. If Dallas doesn’t keep him, he will be swooped up by another team. He will be in the NFL!! Go, Boyz

Great article by the way—Is the Brice Brown, you placed on the practice squad, intended to be Brian Brown? 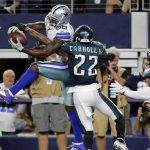 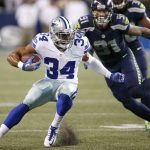