Several weeks have now gone by in NFL Free Agency and a lot of the bigger names have relocated to new teams or re-signed with their previous team. There are still some chips to fall like Adrian Peterson and Jamaal Charles, but with a draft class that is very deep at running back, these two may have to wait until after the draft to find a job.

The future of Tony Romo still remains a huge offseason question mark. Offensive situations in Houston, Denver and perhaps others will benefit greatly by landing the former Pro Bowl Dallas Cowboys quarterback. Until Romo finds a new home, we as well as the rest of the quarterback market will have to wait.

The moves to date have sent ripples throughout the fantasy football community. 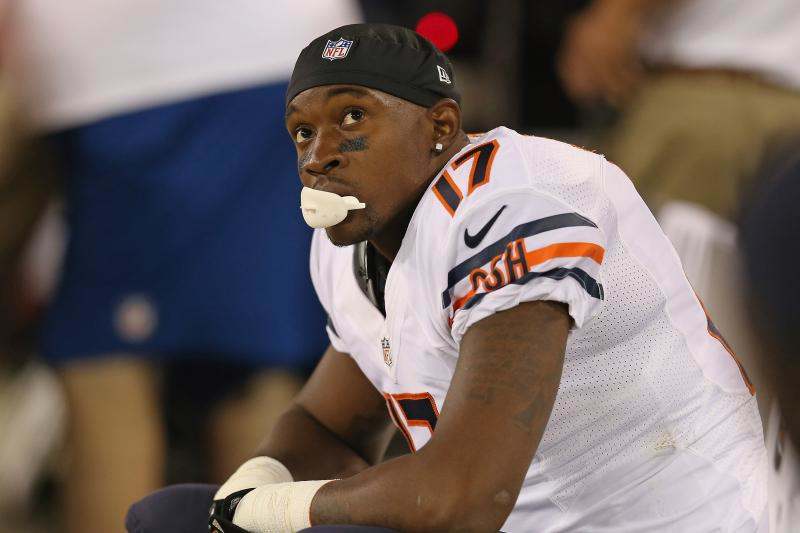 Alshon Jeffrey and Torrey Smith to the Eagles

Carson Wentz gets a couple of playmakers to pair with Jordan Matthews and Zach Ertz. All of a sudden this wide receiver core is about as deep as you can find.

Alshon Jeffrey is in on a one year, $14-million dollar prove it deal after suffering hamstring injuries and serving a four game suspension over the last couple of years. His issue has never been ability, it's been staying on the field. If on the field, he will provide Wentz with one of the more explosive weapons in the league.

Most people will select Jeffrey in the top 24, but I'm concerned that the Eagles now have too many weapons. With Jeffrey, Torrey Smith, Jordan Matthews, Zach Ertz, and still a decent group of running backs, Jeffrey may have a hard time seeing an elite number of targets. I'm of the mind to wait until round three on Jeffrey in every format. There are other wide receivers that I like more; TY Hilton, Doug Baldwin, Michael Thomas, Brandin Cooks, DeAndre Hopkins, and Allen Robinson.

Torrey Smith will help as well, but we have to see Wentz prove he's willing to throw it down the field, and he has to improve in that area as well. According to Pro Football Reference, each of Wentz' numbers in the Yards/Attempt Index were below average. Torrey Smith is a late round pick to me at this point. He may have some Kenny Stills type of value in deep leagues, but he won't get enough targets in the passing game to be an every week starter.

I'm not ready to write off Jordan Matthews at the moment. He will slide into the slot when the Eagles are in three receiver sets, which is where he is a more effective receiver. Look for Matthews in the 5th or 6th round in PPR leagues. Later than that will be pretty good value in any format.

Danny Woodhead to the Baltimore Ravens

Danny Woodhead has been a very effective running back in his time in the NFL. Whether it was in situational spurts with New England or in his new role as a 3rd down/red zone back for San Diego, he's become a very reliable pass catcher out of the backfield.

Woodhead has caught 75+ passes in two of the last three seasons. In 2016, before getting injured in the second game of the season, he saw 25 touches and scored a touchdown.

Baltimore in 2016 threw the ball to their running backs to the tune of 23.2% of the team's targets.

Woodhead will immediately slide into the passing situation back and may get more work with Kenneth Dixon suspended for the first four games of the season (PEDs).

Terrance West likely gets the first shot as the early down runner with Woodhead spelling him from time to time, but don't rule out Baltimore spending an early pick on a runner like Dalvin Cook who would fit nicely in their high volume passing attack.

Woodhead is a mid-round pick in PPR leagues and is draftable in the last several rounds of standard formats. Terrance West will also be a mid-to-late round pick. Kenneth Dixon for me falls to rounds 7 or 8. Other than Woodhead, this isn't a backfield that I'll be investing in come draft time. 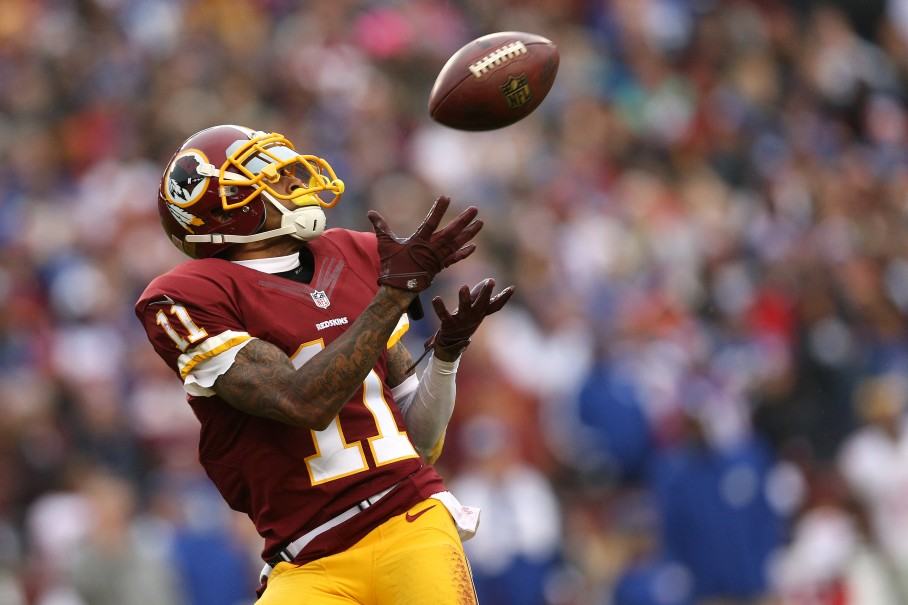 DeSean Jackson is moving on from the NFC East. Dallas Cowboys fans, you can all take a collective deep breath. He's the NFC South's problem now.

The Tampa Bay Buccaneers have shown us what it looks like to make an offense friendly for their franchise quarterback.

The impact of Jackson to the Bucs mostly will affect Mike Evans. Evans saw a league leading number of targets in 2016. He may not see that many opportunities in 2017, but it's likely that he will receive more favorable coverages with teams having to pay attention to Jackson over the top. Evans is a top-eight pick.

Jackson will get some of the best coverages he has ever seen. Mike Evans is a top-five wide receiver in the NFL and teams have to pay attention to him. Jackson will at times be matched up one-on-one as teams look to take Evans away. DeSean Jackson is likely a 5th or 6th round pick in standard leagues.

Someone in San Francisco is going to have to catch passes and Pierre Garçon is still good at doing that.

Reunited with former Offensive Coordinator Kyle Shanahan, now San Francisco 49ers head coach, Garçon will have a chance to find the magic that once led him to a 113 catch season under Shanahan.

He's 30 now and age catches up to everyone, but in the middle to late rounds, Garçon would be a nice low-cost pick with a ton of upside. There isn't anyone else in San Francisco that will compete for targets with him. 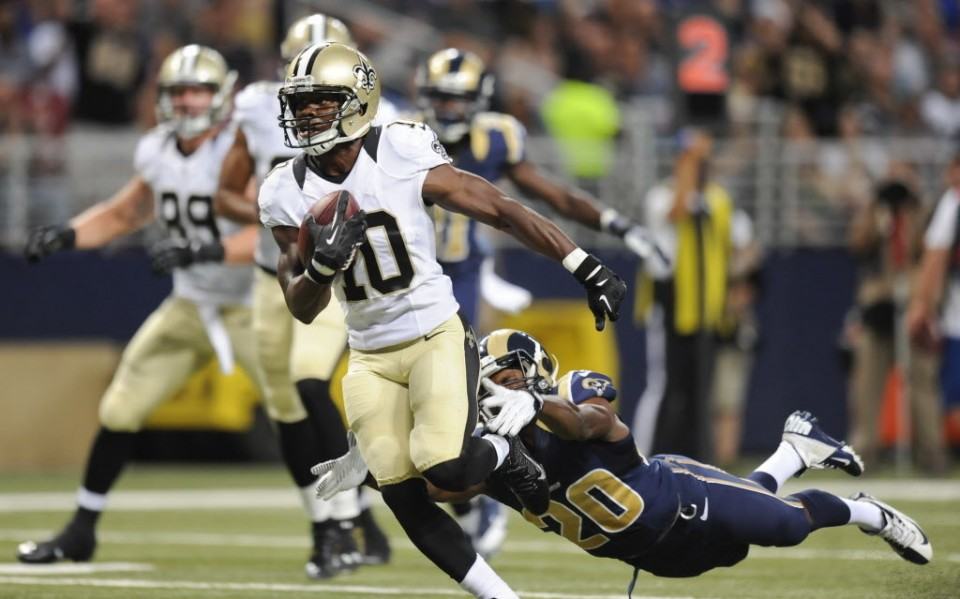 Probably the biggest offseason move was the New England Patriots acquiring Brandin Cooks for their first round pick.

Obviously New England isn't satisfied with their 17 year run of dominance; they want to maximize as much of Tom Brady's career as they can.

Obviously, Cooks goes to a place where there are a ton of weapons on offense for Tom Brady to work with. If I had to assess the target pecking order, I would go Rob Gronkowski, Julian Edelman, then Brandin Cooks; at the moment.

Edelman is 30 years old and has had trouble staying healthy throughout his career, through no fault of his own; he plays a very tough position and goes over the middle a ton.

Gronkowski, on the other hand, is only 27, but has had a hard time keeping his health. In fact, he hasn't played a complete season of NFL football since 2011, his second year in the league.

With as much as New England likes to throw the ball and Cooks' ability to win all over the field, I would feel comfortable spending a 3rd round pick on the former Saints wide receiver.

Terrelle Pryor to the Washington Redskins

With the exodus of DeSean Jackson and Pierre Garçon, the Washington Redskins' wide receiver group was left quite depleted. Enter Terrelle Pryor, coming off a career year in which he showed that he had made the successful transition from college quarterback to wide receiver.

Going to Washington, Pryor will get a HUGE upgrade at quarterback with Kirk Cousins. For 2017, that has the potential to be a big season for Pryor and Cousins. If you are looking at Pryor in dynasty leagues, know that he's only on a one-year deal. What happens in 2018 is anyone's guess, because after all, it's the Washington Redskins.

Jamison Crowder gets pushed down a bit, as well as second year wide out Josh Doctson. I'd look at Pryor in the 5th or 6th rounds.

With Michael Thomas playing excellently in 2016, the Saints have put the wide receiver keys in the second year player's hands. Ted Ginn and Willie Snead will compete for targets as the home-run-hitter in the offense.

If your league awards return yards, I'd look at Ginn anywhere in the 10-12th round of your redraft leagues. 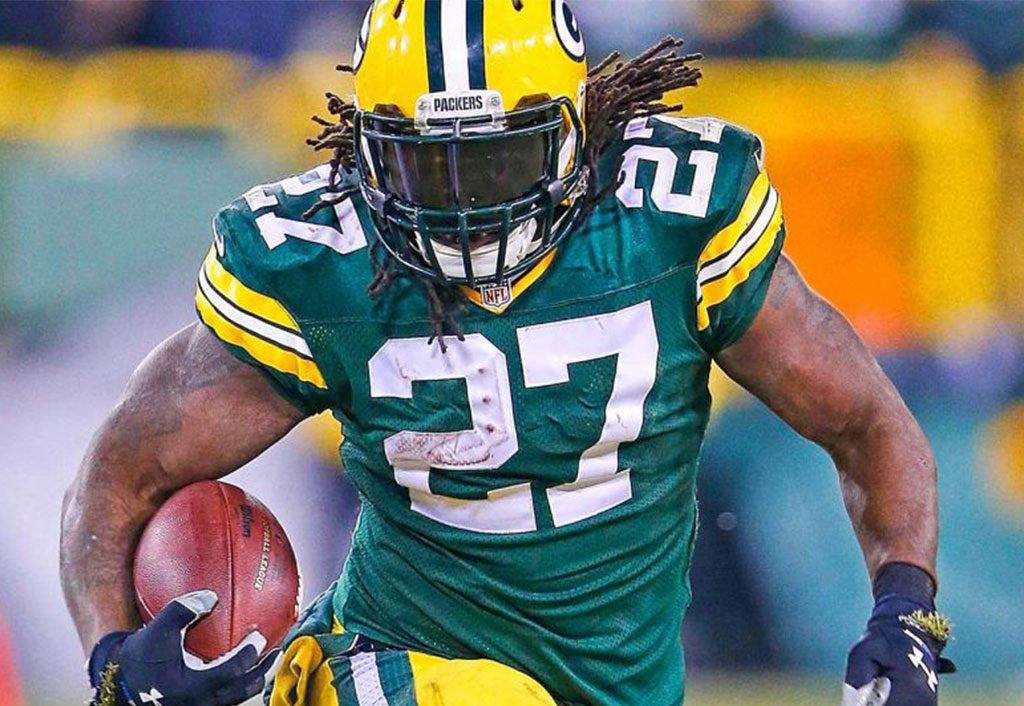 Eddie Lacy to the Seattle Seahawks

How Eddie Lacy doesn't have more food endorsements is beyond me. He's struggled with his weight over his career and has signed a contract with the Seattle Seahawks that includes weight incentives throughout the season.

Lacy has the ability to be a formidable back in Seattle's power running offense. He has to stay healthy and agile, however.

His $5 million base salary looks to put him in line for the early down work for the Seahawks, who have had a hard time replacing Marshawn Lynch.

C. J. Prosise and Thomas Rawls have shown potential, but Pete Carroll and his coaching staff wants a bit more oomph from their early down runner.

Eddie Lacy is probably a 3rd round pick in 12 team leagues and a 4th in 10 team leagues. Thomas Rawls and C. J. Prosise will figure to be handcuff candidates in the mid to late rounds of your drafts.

Latavius Murray to the Minnesota Vikings

For some reason, I'm the only person that seems to like Latavius Murray in the fantasy football world.

He's played in more than 14 games in each season of his NFL career and has averaged at least 4.0-yards per carry. Sure, he isn't a home run type of back, a bit more of a plodder really, but he will get yards and he is good in short yardage situations.

With Jerick McKinnon the only competition in the backfield at the moment, Murray looks to be in line for a feature role, and if he gets a 20+ touch per game workload, he'll produce nicely.

He'll probably be available in the 5th round or later, though I'd be content taking him the 4th.

John Williamshttps://anchor.fm/inside-the-cowboys
Dallas Cowboys optimist bringing factual, reasonable takes to Cowboys Nation and the NFL Community. I wasn't always a Cowboys fan, but I got here as quick as I could. Make sure you check out the Inside The Cowboys Podcast featuring John Williams and other analysts following America's Team.
Previous article
WATCH: CB Orlando Scandrick Says Tony Romo Is Better Than 90% Of Starters
Next article
Jaylon Smith Uncertainty Keeps Linebacker as Cowboys Draft Need

While Christmas Eve may be the most infamously memorable date from this Cowboys' 2017 season, with the visiting Seahawks spoiling Ezekiel Elliott's return from...
Cowboys News

In search of their third tight ends coach in three seasons, the Dallas Cowboys are looking internally to fill one of their last remaining...