The Cowboys will head to Los Angeles to take on the Rams Saturday in their second preseason game. Unlike the Hall of Fame game from last Thursday, we will likely see more of the starting roster this weekend.

In this matchup against the Rams we'll get a better understanding of the Cowboys' plans entering the season. I will touch on a few things today that I expect to see out of both the offensive and defensive game plans from Scott Linehan and Rod Marinelli, respectively.

Last week was easy for Scott Linehan and the offense. Going into the game there wasn't much design or scheme fit to beat the Arizona Cardinals, instead the Cowboys went out and kept it simple. 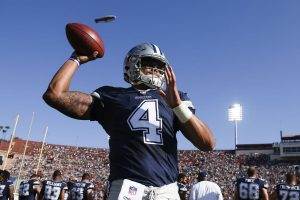 Kellen Moore and Cooper Rush split the Hall of Fame game and both had pretty good outings. Both quarterbacks threw touchdowns and managed the game well. Dak Prescott didn't get any playing time, as most expected.

Prescott may get a series against the Rams, but I wouldn't count on many snaps where Prescott will put himself at risk.

Luke McCown will likely get some playing time on Sunday as well. The 14-year vet signed with the Cowboys just a few days before the Hall of Fame game and wasn't able to get any playing time.

McCown's snaps are important for him this preseason. If he doesn't outplay Kellen Moore the Cowboys will likely move on with Moore as the backup and try to get Cooper Rush to the practice squad.

Similar to Dak Prescott, Ezekiel Elliott may get just a series on Saturday, if that.

The Cowboys know that Elliott is the MVP of the team and can't risk any kind of injury for the NFL's leading rusher. With plenty of depth behind him, look for Darren McFadden, Alfred Morris, Rod Smith, and Ronnie Hillman to get most of the work carrying the rock.

And look for Keith Smith to continue to be an excellent lead blocker and get more involved in the passing attack.

This week that should change. You will likely see the starting offensive line for at least a series come Saturday night. I'm very interested to see who will get the nod at starting left guard between Jonathan Cooper, Byron Bell, and Chaz Green–if he is back to full strength.

It has been a mystery all offseason who the Cowboys view as their starting left guard because of how often they have mixed it up and the injuries that have slowed down Chaz Green.

The top two or three guys are set and not going to change much at all. Dez Bryant, Terrance Williams, and Cole Beasley are the team's starting receivers in three wide receiver sets.

What I'm interested to see is what happens when they decide to spread things out and go four and five wide. 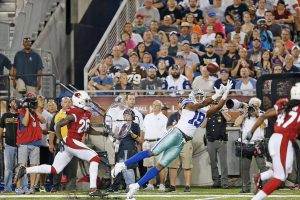 Brice Butler has had an excellent offseason so he is probably the next guy in line, but so has Andy Jones.

Both Ryan Switzer and Noah Brown need to prove what they can do on offense before they are both handed roster spots. I hope Switzer is healthy enough to receive some kind of work on offense and special teams.

This could potentially be the first we'll see of the GOAT, Jason Witten. Behind him is where all the confusion lies.

With Geoff Swaim and James Hanna seemingly back to full strength, Rico Gathers must prove his worth on the team by making plays similar to the touchdown he caught in the Hall of Fame game.

With Rico still learning the offense and his assignments, look for him to continue to play a lot this preseason. I also predict that Geoff Swaim and James Hanna will get some light work in as well to knock some rust off.

Damien Wilson really struggled early on, but settled down and made a few nice plays down the stretch. Heath and Jones did the best they could do with the second team defensive line and second and third team linebackers.

Like I mentioned above, the Cowboys featured a few starters in the secondary last week. Anthony Brown and Chidobe Awuzie were the starting corners, and Leon McFadden got a lot of work in as well.

Anthony Brown suffered a hamstring injury in the first half and was held out of the rest of the game. I wouldn't expect Anthony Brown to play this week and maybe take next week's game off as well.

Nolan Carroll will likely make his debut wearing a Cowboys uniform and I would expect Marquez White to receive a higher workload as well. 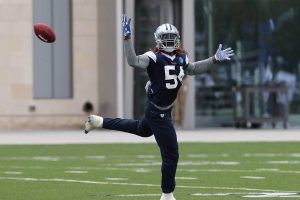 The question everyone wants to know right now is when is Jaylon Smith going to play? And that's a great question, one that I don't think we'll get a clear answer for until this weekend.

Jaylon Smith has exceeded offseason expectations for me by a mile and, if he does put on the pads and play, that is a strong indication that come week one, Smith will be a full go.

Outside of Jaylon Smith, I liked what I saw from Keenan Gilchrist and Joe Jones. These guys are likely practice squad candidates, but they showed a lot of flashes.

Neither Anthony Hitchens or Sean Lee got into the Hall of Fame game, so I would expect a series or two from Hitchens and maybe a series from Lee.

This is where it gets tricky for the Cowboys. We saw a lot of Damontre Moore, Taco Charlton, and Charles Tapper the other night. While Moore and Tapper did some good things, Charlton continues to struggle. It's early so I won't look too much into it, but it's certainly something to keep an eye on.

Tapper has been dealing with some lower back/hip tightness early in the week and was held out of practice because of it. You will likely see his workload decrease.

Unfortunately, Tyrone Crawford went down with a nasty ankle injury in Tuesday's practice and it's looking like he will miss some time. Thankfully both David Irving and Maliek Collins returned to practice on Tuesday and should get some playing time against the Rams.

With Crawford's injury, look for Lenny Jones and Lewis Neal to get even more playing time. Both Jones and Neal have a fair chance to make the roster if they play at a high level in the preseason.

DeMarcus Lawrence may also make his 2017 debut after a strong start to camp. Lawrence looks great in what we have seen from him so far this offseason, and he's someone the Cowboys desperately need in order to succeed. 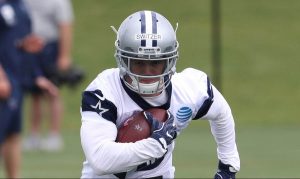 I was extremely impressed with how Sam Irwin-Hill played against the Cardinals. He finished the night making both of his attempted field goals, drilling one from 43 yards out with ease. Irwin-Hill also made both of his extra points and punted the ball extremely well.

I touched on it earlier how I'm hoping Ryan Switzer gets a shot to return in this game. Switzer's return ability could be a huge upgrade for a team that had so much success last year with so little help in the return game.

Remember, technically this is the Cowboys first real preseason game so don't look too far into players starting or not starting. But from this point on we should definitely start to get an idea of what the coaching staff is leaning towards for week one's matchup against the New York Giants.

I am an hour away from landing in Los Angeles and will be heading to Oxnard, California for a few days of Cowboys Training Camp. Follow me on Twitter for camp updates, pictures, and videos – @connorx147!