The understatement of the 2017 NFL season thus far would be, here on August 12th, to tell you that there was a shortage of reactions to yesterday's news that Dallas Cowboys star RB Ezekiel Elliott was suspended for the first six games of the season per a violation of the league's “personal conduct policy”.

The NFL world reacted accordingly to the ever-changing but all important details that continued to emerge throughout a day that was incorrectly viewed by some as the merciful end to a 13-month NFL investigation into one of their brightest young players.

This was not the only misconception in circulation, as another one of the most common comparisons I saw being made was that of Elliott's six game suspension coming off as too harsh when weighed against former New York Giants' kicker Josh Brown's one game suspension handed down on August 17th last year.

The Josh Brown case originally got 6 gms, was reduced to 1… I wonder if the NFL does something like that just to get the thing over with

Brown's suspension was of course another violation of the NFL's personal conduct policy, occurring in May of 2015 with a much clearer picture of Brown – according to his ex-wife Molly – physically abusing his partner more than 20 times over the course of several years.

It is very important to note that the NFL's investigation into Brown still took a lengthy ten months, as they arrived at the conclusion that, “investigators had insufficient information to corroborate prior allegations. In addition, no criminal charges were brought forward regarding the incident in question or prior allegations. The NFL therefore made a decision based on the evidentiary findings around this one incident as provided to us by the District Attorney.”

Ezekiel Elliott's case is eerily similar to Brown's when it comes to the cooperation of key witnesses and handling by the league as an above-all-else enforcer of policy, although the NFL reportedly reduced Josh Brown's suspension from the expected six games down to one for two key reasons that can further help Zeke in his potentially upcoming appeal of a six game ban.

According to Pro Football Talk:

“…there were two mitigating factors, from the league’s perspective. First, the NFL didn’t regard the incident as a serious instance of domestic violence, since Brown simply grabbed his now-ex-wife’s wrist. (Many would say that any incident of domestic violence is serious.) Second, the NFL considered its difficulty in getting cooperation from Brown’s now-ex-wife or from law enforcement to be a mitigating factor.”

An Ezekiel Elliott appeal and “war” as Mike Fisher from 105.3 The Fan has been eluding to will only bring public more damning details about both Elliott's involvement with Tiffany Thompson and the NFL's handling of this case – perceived as so erroneous that long-time Cowboys reporter Charean Williams believes it will cost the Commissioner Roger Goodell his job.

On @ESPN_SA just now, @NFLCharean says "I truly believe Roger Goodell will lose his job over this"

A ready-to-fight Jerry Jones and Ezekiel Elliott may very well know that there is even less wrongdoing by Zeke here than a “grab of a wrist”, even with pictures of the victim Thompson surfacing again yesterday (signaling the start of this battle in the court of public opinion if nothing else).

As for the second point regarding Brown's case above, it appears that Elliott's camp has already taken a stance against any accusations of a lack of cooperation on their end or by the District Attorney in Ohio that dismissed this case.

Ezekiel Elliott did not “do nothing” here. That much is nothing but another misconception muddying the waters of an already blackened trail that began – and will end – with Elliott insisting his innocence against all charges of domestic violence that he committed with Tiffany Thompson.

Just how much of Elliott's suspension decision came down to that initial domestic violence incident remains unclear after reading the official letter Commissioner Goodell sent to Elliott.

I'm told #Cowboys Zeke Elliott is willing to take this whole suspension appeal through courts if he has to. This could drag out a long time.

A harsh truth here as Cowboys Nation digs in mentally for the “end” of this Ezekiel Elliott story to truly only be just the ugly beginning is that facts may never win out.

The NFL can and will do what it wants, proving so emphatically yesterday by enforcing a full six game suspension against Elliott that is consistent with a domestic violence offense that the league did not provide additional evidence of in regards to Elliott and his perceived guilt via Roger Goodell.

The shield could very well stick their foot in the ground and do everything possible to hold up this six game suspension, making an example out of Elliott – perhaps only that empowering victims beyond reasonable plausibility will be their new by-the-wayside standard when the next Ezekiel Elliott, or should I say Tiffany Thompson, comes along.

Conversely, Elliott could win out legally behind the support of the Dallas Cowboys and specifically Jerry Jones, following in the footsteps of Josh Brown well before he was blacklisted from the NFL – something the Cowboys have no intentions of doing with a player they'll continue to invest significant resources into as a face to America's Team. 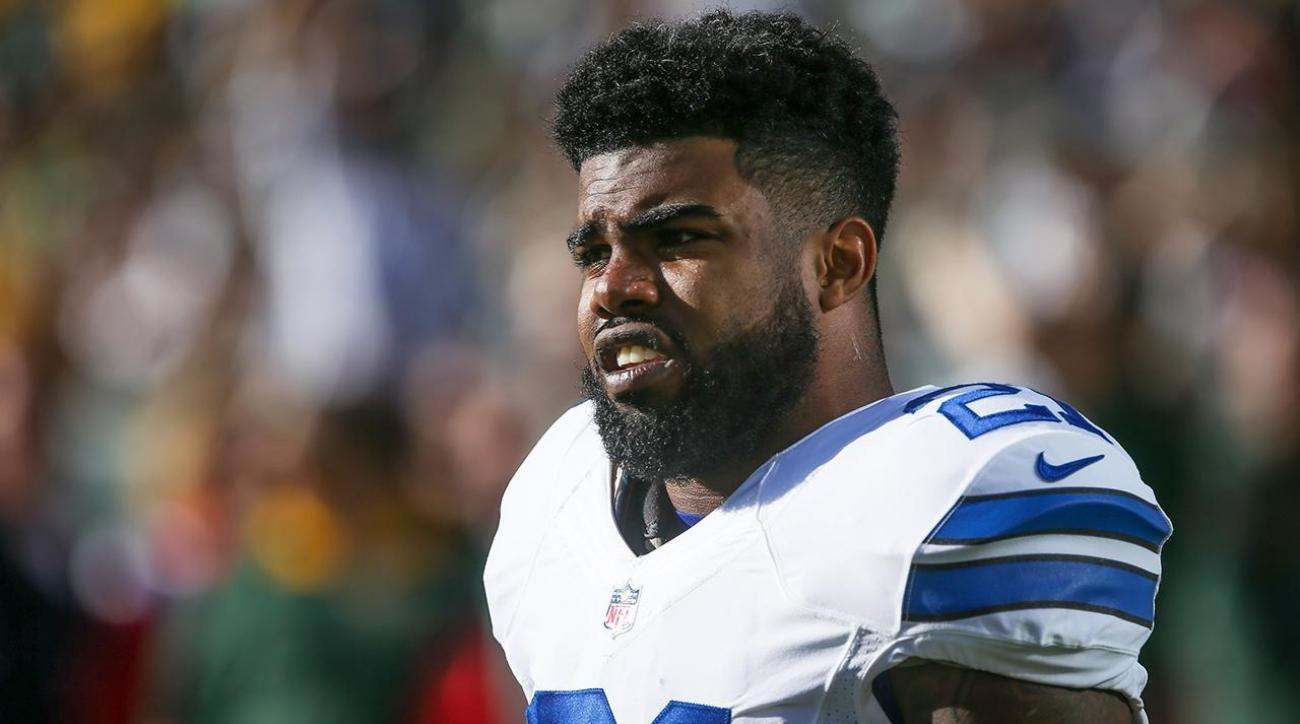 What cost will this impossibly well-known face now have on the NFL, Roger Goodell, the NFLPA, and the Dallas Cowboys though? The answer to this cannot be derived from anything that occurred in Josh Brown's swift exit from the league unfortunately, as a suspension of any length will do nothing long-term to keep Ezekiel Elliott away from the brightest public spotlights and nearest official willing to hear his case of innocence.

On August 9, 2022, the Dallas Cowboys signed Brett Maher after releasing Jonathan Garibay to compete for the kicking position. The signing left us, including...
Read more
Game Notes

Factual inconsistencies. Credibility issues with supposed victim. “Sex slave” admission by alleged victim. No charges brought by law enforcement where the event occurred. No civil suit brought by alleged victim. No evidence of injury by emt personnel. The supposed event occurred before Zek joined the nfl.
So what is the suspension based on? Does the nfl want more female fans? Does the nfl seek to present themselves as “holier than thou”? Do they want to jettison hockey fans?
Thirteen months is a lot of investigation. Do they want to work for Bob Mueller?
And I used to respect goodell. Not any more.