A lot happened over the weekend that will have Fantasy Footballers scrambling to get a sense of how this will impact their dynasty rookie and start-up drafts as well as re-drafts coming in the Summer.

Throughout this insanely deep draft, teams were able to find valuable offensive talent, from pick number two to the 7th round. So what are we to make of what happened over the weekend in the league? 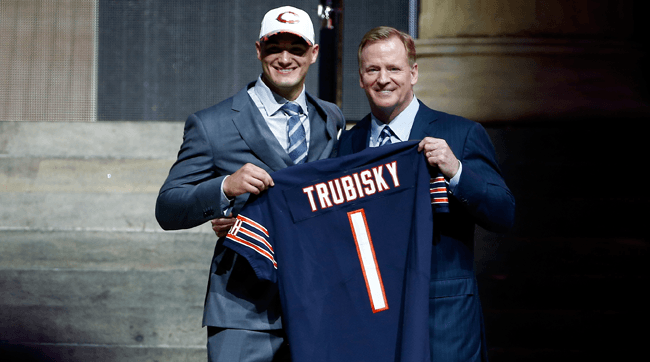 This one had me scratching my head a bit. Not because I think that Mitchell Trubisky is bad, but because Chicago signed Mike Glennon to a new contract this offseason.

Glennon’s contract is worth as much as $45 million, though only $18 million is guaranteed. That kind of number led most around the league to think he was the starter for the Chicago Bears. Then Trubisky happened. Not only did they draft the former Tar Heel, but they traded with the San Francisco 49ers to move up from 3rd to 2nd to draft him.

This is going to be a team to watch throughout the offseason and training camp. I would expect Glennon to get the first shot to start given Trubisky’s limited playing experience in college.

Jordan Howard is still the only Bear that I’m investing heavily in come draft time, as I can see him being a top 12 pick. The Bears also drafted Tarik Cohen out of North Carolina, which could limit Howard’s passing game work.

If there is any concern, it’s that John Fox is notorious for utilizing committees with his running back situations. With Howard, Jeremy Langford, Ka’Deem Carey, free agent signee Benny Cunningham, and Cohen, the running back depth chart will be a story to watch all offseason.

The pass catchers get a bit of a knock with the addition of Adam Shaheen.

Shaheen will add another player who can make things happen in the passing game. Fellow tight ends Zach Miller and Dion Sims get downgraded a bit, as the younger, stronger, more athletic Shaheen will eat into their snap counts.

There are too many names and too many unknowns in the Bears passing game for me to be willing to recommend any of them at this point. 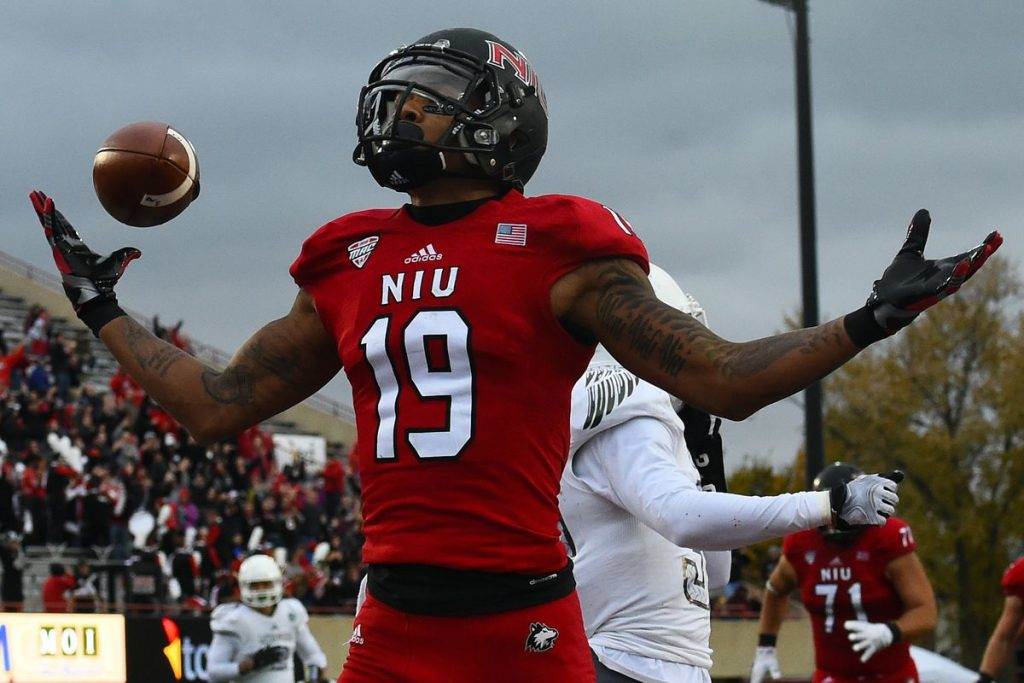 With the additions of Kenny Golladay from Northern Illinois and Michael Roberts from Toledo, the Detroit Lions showed that they are looking to add some size to their diminutive receiving group.

Golden Tate was their leading receiver last year, but he only stands 5-10.

Let’s also not forget that the Lions love to throw the ball to their running backs out of the backfield, so that will put a damper on Roberts and Golladay’s potential.

For re-draft leagues, there isn’t really much to see here unless there is an injury. For dynasty purposes, you are probably looking at a 4th round rookie draft pick to invest in their services.

Though this draft was defensive heavy for the Green Bay Packers, they did use the later rounds to add two running backs and a wide receiver. Jamaal Williams (BYU), Aaron Jones (UTEP), DeAngelo Yancey, and Malachi Dupre were all selected from the fourth round on.

Jamaal Williams is the most interesting name to me, and not only because we share a last name.

Converted wide receiver Ty Montgomery leads a backfield that also includes Christine Michael, who appears to be hibernating after his awakening with Seattle in the first half of 2016.

This provides a ton of opportunity for Williams to earn a role in the backfield. Though Montgomery would remain the passing game back (and as we know they pass the ball a lot), Williams would be my favorite for the regular running game touches.

The rest of the group figures to not have much of an impact as Dupre and Jones will have a hard time getting snaps, let alone targets in a crowded and amazing group of receivers.

Jordy Nelson and Davante Adams both finished in the top 10 at the wide receiver position and Montgomery will get a lot of looks. The Packers also spent free agent money on tight end Martellus Bennett. 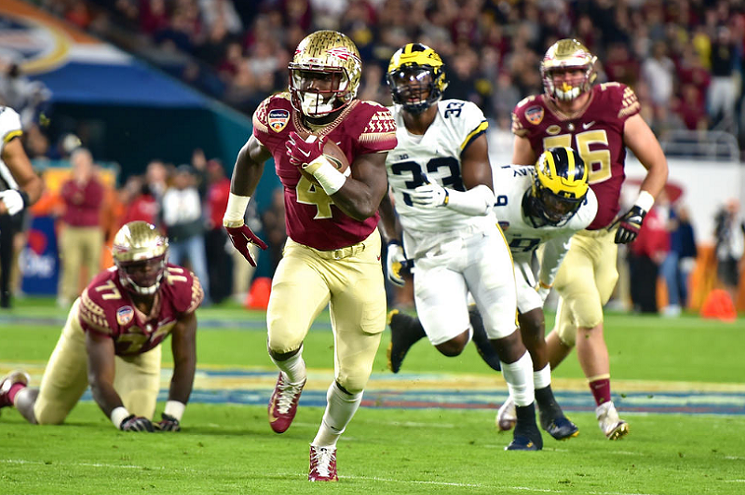 One More Cook for the Minnesota Viking’s Kitchen

Dalvin Cook was the big addition through the draft for the Minnesota Vikings. Before the draft process started, Cook was universally seen as the number one running back in the draft following a stellar four-year career at Florida State.

Some worries about off-field activities, his poor showing at the combine, and the rising stock of other runners led to Cook falling out of favor as a first round target.

For Minnesota, he may be just what the doctor ordered on offense.

Jerick McKinnon was not very effective in 2016 when Adrian Peterson was down. Newly signed Latavius Murray is a plodder that doesn’t create many big plays. At the moment, it would appear to be a crowded backfield, but I think Cook makes quick work of that.

Cook has the quick burst, lateral agility, vision, and awareness to make people miss and create big plays running and catching the ball.

He may have to earn his touches early on, but I would bet by mid-season he is getting 15-20 touches a game. He is just way too dynamic on the field to keep him on the sideline.