The NFL Draft can be a positive or negative thing to individual players throughout the league. How a team allocates its resources can dramatically impact the fantasy football value of said players. For example, we see John Ross a bit differently this week because of where he went in the draft.

Here are the biggest winners after the NFL draft.

All offseason, there was speculation that the Cleveland Browns would look to add another running back to a group that includes incumbent starter Isaiah Crowell and pass catching/third-down back, Duke Johnson.

They gave Crowell a restricted free agent offer sheet with a second round tender and that should have been a hint to us. Crowell is in their plans moving forward.

With the additions they've made on the offensive line during free agency, Crowell could be a surprise top five finisher at the running back position.

Jameis Winston was already a winner after free agency when Tampa Bay added the best deep threat in the game in DeSean Jackson.

Jackson's ability to stretch the field is going to open up a lot of room down the sideline for Mike Evans. The seams are going to have tremendous space to them as safeties will have to be concerned with Jackson and Evans, leaving open rookie first rounder OJ Howard and last year's leader in tight end touchdowns, Cameron Brate.

Winston will finish inside the quarterback top-five this season as he'll have to keep pace offensively with NFC South rivals New Orleans Saints, Atlanta Falcons, and Carolina Panthers.

Speaking of the New Orleans Saints, Sean Payton has a new toy to play with in rookie running back Alvin Kamara.

The former Tennessee Volunteer, Kamara has gotten rave reviews for his dual threat ability and has drawn comparisons to Jamaal Charles. Even if he isn't as explosive and dynamic as Charles, Kamara does have Reggie Bush potential in an offense that knows how to utilize versatile running backs.

Kamara is going to get overshadowed by Mark Ingram and Adrian Peterson, but he is just as likely to finish with the most total yards at running back for New Orleans.

So bad was the quarterback play from the Houston Texans in 2016 that DeAndre Hopkins was just one of two wide receivers to see 150 targets and compile less than 1,000 yards receiving. The other was Allen Robinson.

The Houston Texans may have solved their quarterback problem by giving Brock Osweiler away and drafting former Clemson signal-caller Deshaun Watson.

Watson may not be the most pro-ready passer, but he has shown the ability to let his big time wide receiver go make plays. Mike Williams, who now plays for the Los Angeles Chargers, was the beneficiary of Watson's quarterback play over the last couple of seasons. Watson's proficiency helped Williams land a top-10 draft slot.

After a down season, Hopkins is going to return to the wide receiver elite.

The biggest issue that the Los Angeles Chargers have had over the last couple of years has been on the defensive side of the football. The other big issue has been keeping the wide receivers healthy.

Philip Rivers gets an athletic “go get it” wide receiver who can make plays in traffic and when the 50/50 ball.

Rivers may not be a top-five finisher at the QB position, but he's got top-10 potential with the explosive offensive parts the Chargers have brought together.

Latavius Murray and Jerick McKinnon are all that stands in the way of Dalvin Cook, the Minnesota Vikings' second round pick. Cook was at the top of many people's running back draft boards until a poor showing at the combine and different “character issues” drove his value into the grown.

Other team's loss is the Minnesota Vikings gain. He is an elite prospect with elite production. He has elite vision and agility to make plays.

It won't be long before he begins to dominate the running back snaps for the Vikings and because he can do it all, he has 300 touch potential. 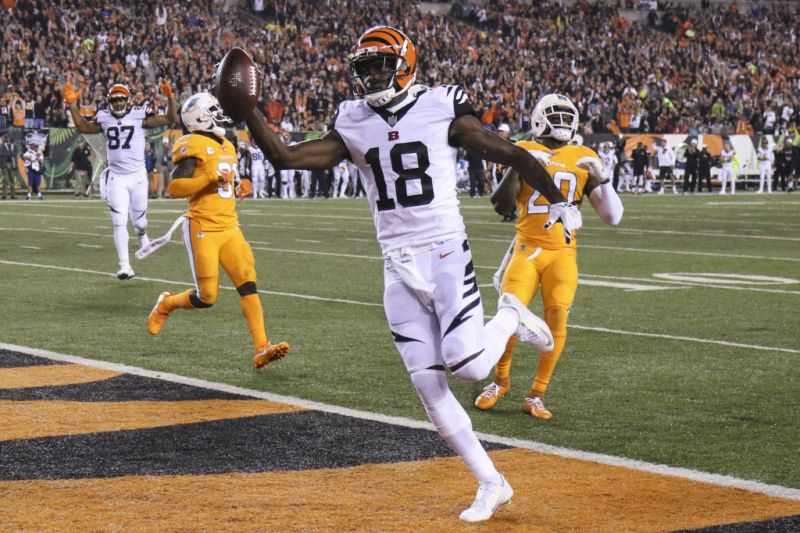 The Cincinnati Bengals have been trying to find help across from Pro Bowl wide receiver AJ Green for years. Green is an elite receiver who hasn't had much help as he faces the attention of all defensive coordinators week in and week out.

He will still get a ton of attention, but now teams are going to have to pay attention to rookie newcomer John Ross. Ross was the fastest player in the NFL Draft and has big time scoring potential at the NFL level. He will take the top off the defense and put a ton of pressure on the safeties in the deep part of the field.

With safeties having to pay attention to Ross getting behind them, AJ Green becomes the beneficiary. Green was already on his way to a career year, amazing considering he has had a great career so far, before getting injured in week 10.

Green will be drafted like a top-10 receiver and he's a shoe-in to hit that value.

John Williamshttps://anchor.fm/inside-the-cowboys
Dallas Cowboys optimist bringing factual, reasonable takes to Cowboys Nation and the NFL Community. I wasn't always a Cowboys fan, but I got here as quick as I could. Make sure you check out the Inside The Cowboys Podcast featuring John Williams and other analysts following America's Team.
Previous articleAlfred Morris Remains a Cowboy, But For How Long?
Next articleDallas Cowboys Reunion at the 2017 Kentucky Derby