You may or may not have heard of Father Time before, but he is a mythical old man that represents time’s constant one-way movement. Father Time catches up with all of us at some point, but for professional athletes he kind of comes out of nowhere. Unfortunately, it is starting to look as if the old man has finally started to catch up with the Dallas Cowboys’ future Hall of Fame tight end, Jason Witten.

As a fan, it’s always difficult to see your favorite professional athlete coming to the end of their career. Jason Witten is probably my all-time favorite player and his professionalism both on and off the field will truly be missed by the Cowboys organization. He is an ambassador of the sport and personifies exactly what teams look for in their players.

Unfortunately, the fact that he contemplated retirement during the off-season would suggest this could possibly be the last season we see him suit up for America’s Team, despite what his new 4-year contract extension would indicate. Whether it is his desire to spend more time with his family or maybe he is starting to feel like he’s lost a step, we should all start to prepare ourselves for when he does decide to fade into the shadows. 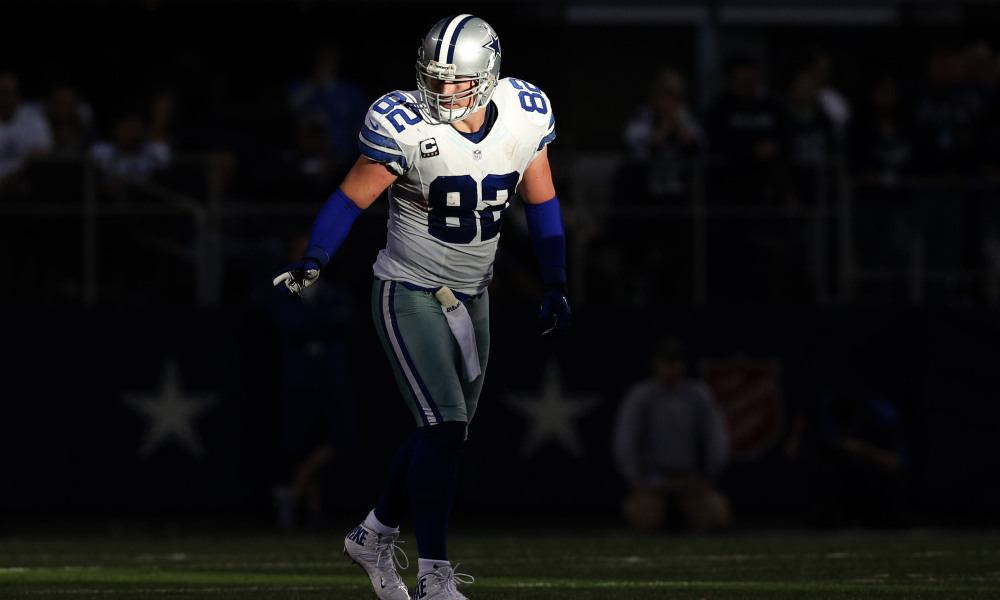 I personally didn’t want to admit it at first, but it was noticeable throughout the 2016 season that Jason Witten was not playing up to his normal standards.

He is noticeably a step slower in the passing game, but is still a reliable target because of his veteran saviness to create separation. His 69 receptions for 673 yards were some of the worst numbers he has put up in his entire career since entering the NFL in 2003.

He also surprisingly struggled as an in-line blocker last season. This was an area of his game where he was among the best at his position in the entire NFL, but took a noticeable step back in the 2016 season.

There were just too many times last season where Jason Witten looked a little bit lethargic on the field, which to me suggests that his age and Father Time has started to catch up to him. I’m hoping that I’m wrong, but I’m wondering if we will see more of the same in 2017.

His low production in the receiving game could be explained by the Cowboys offense focusing more on the running game, but that doesn’t quite explain everything else. It may be time for the Cowboys organization to start looking for his successor and the 2017 draft class has some pretty good TE options.

Jason Witten will not only go down as one of the best tight ends to ever play in the NFL, but THE BEST Dallas Cowboy to ever play for the organization.

I don’t know about you, but I will definitely start to appreciate him more every time he steps on the field in 2017. At the very least, that’s what he deserves from all of us if this is indeed his last season to play in the NFL.

Do you think Father Time has caught up with Jason Witten?