It will be a battle of teams that took care of business at home to start their seasons this week, as the 1-0 Cowboys will travel to Mile High to face a formidable Denver Broncos team – fresh off of Monday night’s 24-21 win over the LA Chargers.

Despite being outscored 14-0 in the fourth quarter and needing a blocked FG at the end of regulation to hold on for victory, the Broncos looked fast on both sides of the ball and ready to challenge the Cowboys on Sunday afternoon.

As we continue to review Dallas’ performance against New York with an eye towards Denver, here are just a few thoughts on what I saw from the Broncos last night.

The ability for this Denver offense to play in multiple packages while maintaining their tempo and team speed was really impressive. I have always been a fan of Trevor Siemian, and when  given a clean pocket up front he is able to get the ball out of his hands quickly and accurately to Demaryius Thomas and Emmanuel Sanders.

Often the only two receivers on the field for the Broncos, these two speedy targets did well to remain active thanks to their touches underneath while maintaining some physicality downfield to hit on explosive plays.

Also rushing for 140 yards, the Broncos seamlessly transitioned in and out of 11, 12, and 13 personnel with the same mentality in place on every snap – use spacing to create rushing lanes on early downs and execute the short passing game on later downs.

Despite likely playing without CB Orlando Scandrick, the Cowboys should be well prepared to defend Siemian with their tendencies to play in so much Nickel and Dime. Sean Lee and Jaylon Smith will again be crucial on the second level both against the run and on underneath routes though, as the Broncos have some of the same ability the Cowboys do in grinding their running backs downhill to drive methodically.

For what it is worth, Denver’s interior offensive line played extremely well through most of the night, but Siemian struggled with any pressure that came in his face. Additionally, the Broncos dealt with plenty of issues at OT in this game, a team flaw the Cowboys were just able to expose against the Giants. 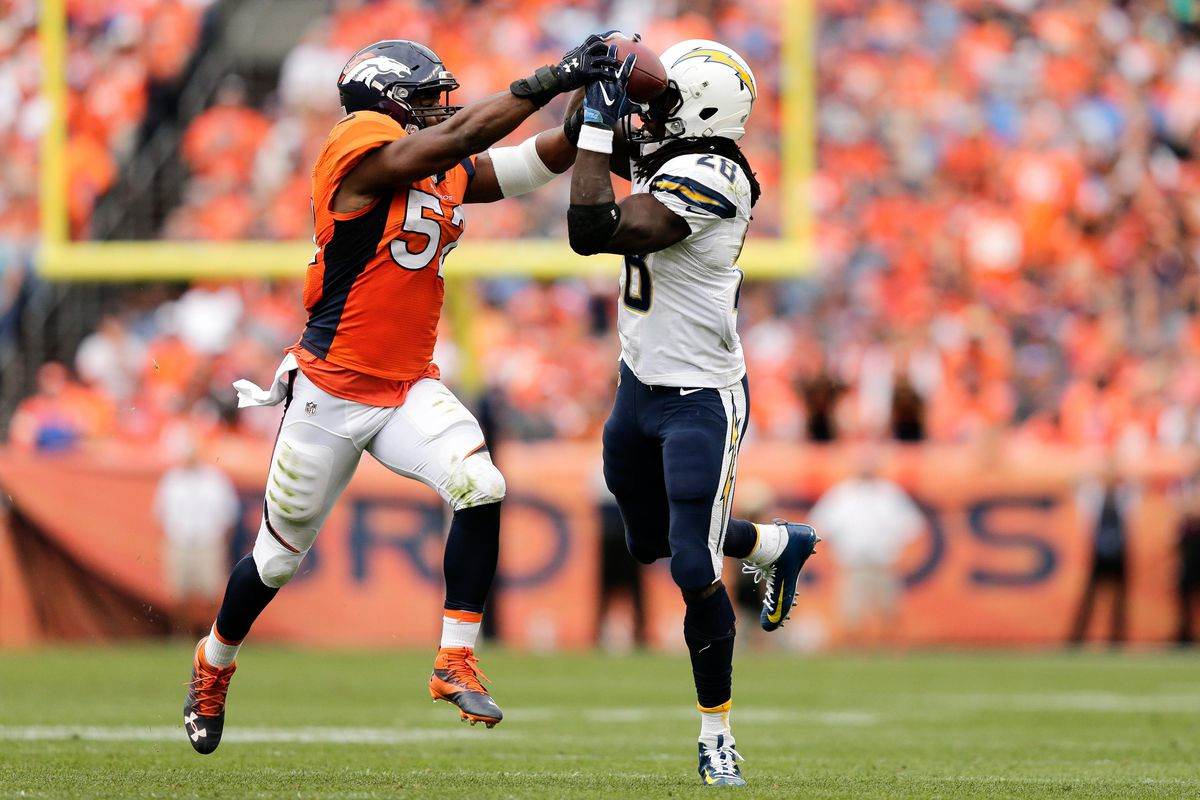 When you think of the Broncos of recent seasons, you think about a defense that carried them to a Super Bowl victory and always gets up for big games in front of this tremendous home crowd.

If you’re expecting Scott Linehan to feed Ezekiel Elliott even more this week you might be in luck however, as the Broncos were 28th in rushing defense a year ago – with these flaws showing on Monday.

Denver’s linebackers as an entire unit are simply way too aggressive on far too many run snaps attacking gaps and overrunning plays, leaving a secondary that plays tight in coverage to rally to the ball on the third level against the run. Should the Cowboys’ offensive line get to the second level with any consistency in this game, a task easier said  than done thanks to Denver’s strong front, there will be big gains to be had on the ground.

As the Chargers mounted their fourth quarter comeback, they were also able to have success spreading the field against a Broncos back end that struggled to contain deeper combination routes.

I would have to wait until the tape from this Monday night game comes in to be certain, but it appeared some of these busted coverages were the fault of Denver’s safeties cheating too close to the line of scrimmage or getting caught with their eyes in the backfield. With cornerbacks playing so tight to their receivers, the safety help they expected to come on chunk plays from LA was late on numerous occasions.

Overall balance will be key for the Cowboys offense again, as the match ups will be there against a generally stingy Broncos defense that has some real flaws behind their defensive line.

The Cowboys have lost two straight games against the Broncos, both in memorable fashion. Most recently, Peyton Manning out-dueled Tony Romo in a classic from AT&T Stadium to prevail 51-48. Before that, the Cowboys fell in their last visit to Mile High 17-10 on a late Brandon Marshall TD.

It is always amazing how much different these teams look year in and year out, as this meeting between Dallas and Denver will feature two young quarterbacks, reliable running games, and promising defenses that will only improve as the 2017 season forges ahead.

Tell us what you think about “First Thoughts: Denver Broncos Versatile On Offense, Imposing Defensively” in the comments below. You can also email me at Sean.Martin@InsideTheStar.com, or Tweet to me at @SeanMartinNFL!