The primetime Monday night matchup on the road against the Arizona Cardinals was a tale of two halves for the Dallas Cowboys. The Cardinals pretty much dominated the entire first half, but the Cowboys were able to rebound and come away with a 28-17 victory and improve to 2-1 on the season.

This was an important victory for the Dallas Cowboys in order to keep pace with the rest of the NFC East division. With the exception of the New York Giants, everyone else in the division is sitting at 2-1 right now, so the race to become the division winner once again stays within reach for the Cowboys.

This week’s edition of The Good, The Bad, and The Ugly was a little difficult to write because of the mix of emotions that happened throughout the game for the Cowboys. It was a range of emotions for me as well from the beginning to end, but when all was said and done I was proud with the way my team handled themselves.

So, without further ado, here’s this week’s good, bad, and ugly for the Dallas Cowboys against the Arizona Cardinals. As always, please feel free to take advantage of the comment section below to express any of your own opinions or thoughts on the topic.

Do the Dallas Cowboys finally have their “War Daddy” Jerry Jones has been desperately wanting? That certainly looks to be the case with the way DE DeMarcus Lawrence has played in these first three games of the 2017 season. He has been so dominant in fact that he is now leading the NFL with 6.5 QB sacks.

Lawrence was virtually unblockable against the Cardinals in prime time Monday night. He put pressure on the Cardinals QB Carson Palmer the entire evening and ended the night with a total of three QB sacks. If not for his pressures, the Cowboys defense would’ve been in trouble. When Palmer had the time, he was able to find an open receiver in the passing game. Fortunately, Lawrence forced him to get rid of the ball quickly for the majority of the game.

If not for DeMarcus Lawrence’s dominant performance Monday night against the Cardinals, the Dallas Cowboys defense would have been shredded by Carson Palmer in the passing game. Like I mentioned earlier, Palmer had no problem finding an open receiver when he had the time to throw, but fortunately Lawrence didn’t allow him time to get comfortable in the pocket.

The struggles in the Cowboys secondary is somewhat excusable considering all of the youth that had to play significant snaps due to injuries, but they are going to have to improve and quickly. The Cowboys were already without Nolan Carroll and Chidobe Awuzie to start the game, but then Orlando Scandrick left briefly due to an injury, but was able to return later in the game.

The good news is here that Xavier Woods and Jourdan Lewis didn’t look out of place and made some really good plays, especially Lewis. I wouldn’t be surprised of Lewis is a key contributor on defense, maybe even a starter, sooner rather than later. He was sticky in coverage all night and was equally impressive in the way he was able to make solo tackles in the open field. Unfortunately, the entire defenses performance leaves much to be desired. 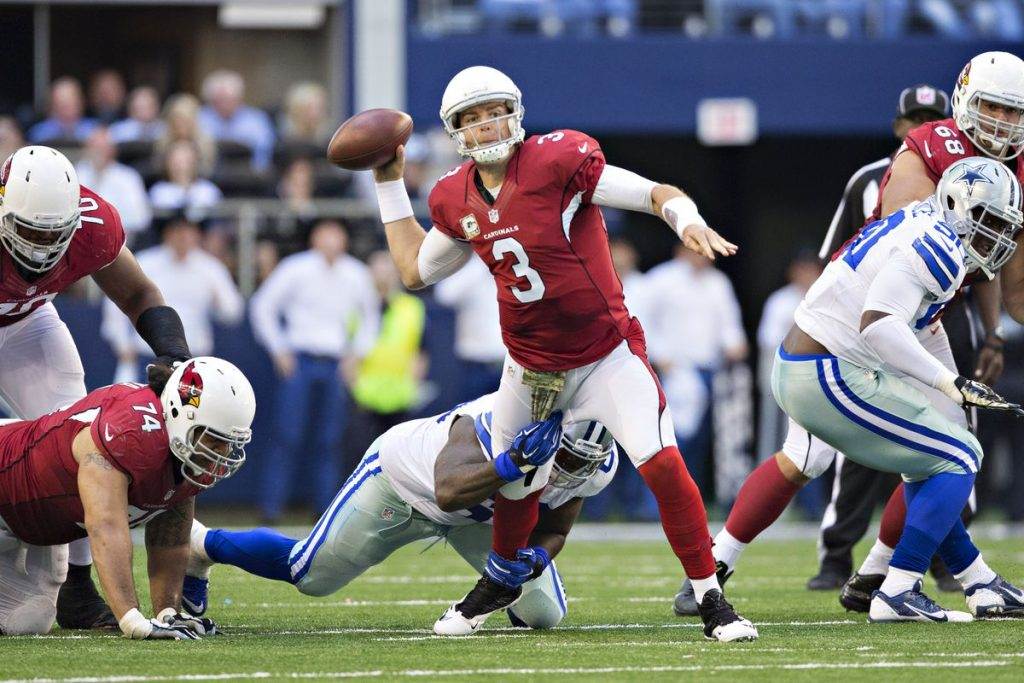 The ugly this week was obviously the way the entire Dallas Cowboys team struggled nearly the entire first half against the Arizona Cardinals. On offense they couldn’t get anything going in either the running or passing game, and on defense they are allowing the Cardinals to move the ball up and down the field at ease.

Fortunately, they were able to continue to fight and stay in the ballgame until everyone started to settle down and execute on both sides of the ball. They were able to come away with the win, but it was an altogether ugly victory. Of course, the Dallas Cowboys will have games like this, especially with the tough schedule they have ahead of themselves. This was a good early-season test and they were able to respond accordingly, despite being dominated early.

What’s your good, bad, and ugly for the Cowboys against the Cardinals?