The Good, The Bad, And The Ugly For Cowboys Against Falcons

It's always difficult to write about the Dallas Cowboys when they lose, and even more so when they get completely manhandled like they did against the Atlanta Falcons Sunday afternoon. But, I'm not going to let the Cowboys 27-7 loss keep me from doing my duty.

In all honesty, with the exception of the game against the Denver Broncos, this was arguably the worst the Dallas Cowboys have played all season. I knew not having Ezekiel Elliott would affect the offense, but not having their starting left tackle Tyron Smith might have impacted the game even more. Then it turned into a trifecta of bad juju when Sean Lee once again injured his hamstring.

Unfortunately, the trifecta of not having Elliott, Smith, and Lee allowed the Atlanta Falcons to pretty much dominate the game from start to finish. It's this kind of game that always makes writing my weekly edition of The Good, The Bad, and The Ugly extremely difficult. But, I prevailed and as always encourage you to share your own thoughts and opinions about this topic in the comment section located at the end of the article. 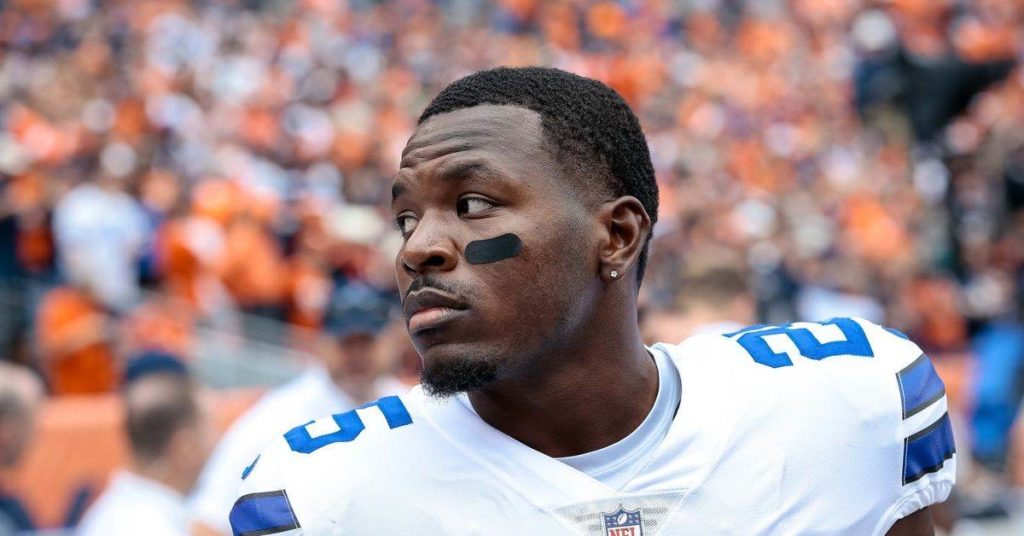 After being so thoroughly manhandled by the Atlanta Falcons, it was a little difficult to find just about anything good about what the Dallas Cowboys did Sunday afternoon. But, there was one player that continued to show up, which is why I decided to go with Xavier Woods for the good  this week.

I know this might be a bit of a reach considering some of the other players I could've gone with such as DeMarcus Lawrence or David Irving, but I'm continuously impressed by Xavier Woods week after week. Woods continues to play like one of the best defensive backs in the Cowboys secondary and absolutely deserves more playing time.

Although Woods won't necessarily show up in a big way on the stat sheet, he did make two huge plays that could have been game changers. First he made an outstanding diving interception off of an Anthony Brown deflected pass. Then on special teams, he downed a Chris Jones punt on the 2 yard line. Unfortunately, Woods' best game of the season was not enough to help the Dallas Cowboys overcome the Falcons. 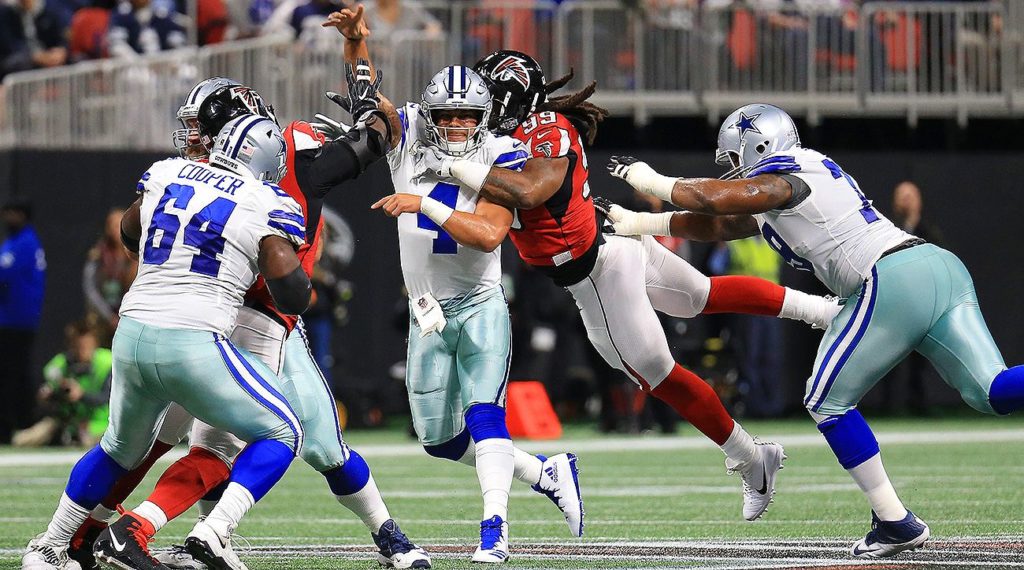 I think just about anybody that watched the Dallas Cowboys play Sunday afternoon knows what the bad was against the Atlanta Falcons. The play of their left tackles was horrendous. It would be easy to single out Chaz Green based on his individual performance, but Byron Bell wasn't any better when he took over.

Chaz Green was expected to be an adequate fill-in for the Dallas Cowboys All-Pro left tackle Tyron Smith against the Falcons, but it was absolutely terrible timing for him to have the worst game of his career. Green continuously made mistake after mistake and made it look as if Adrian Clayborn was the second coming of Lawrence Taylor or Derrick Thomas. Unfortunately, Byron Bell didn't fare any better when he took over.

The coaching staff for the Dallas Cowboys failed to make any changes to get either one of their fill-in left tackles any help and they were lucky Dak Prescott escaped unscathed. This simply can't continue to happen. Hopefully, this is the last we see of the backup LTs and Tyron Smith can return to the field healthy.

I'm continuously shocked week after week that the Dallas Cowboys can't get a fair shake from the referees. There have been so many missed penalties that should've been called on their opponents that it's beginning to look as if there's some kind of conspiracy. And, that is why I think the ugly this week is all of the missed penalties that should've been called against the Falcons.

Now, I don't know if there's some kind of pressure being placed on the refs to not call penalties against the Cowboys opponents or not, but there sure seems to be way too many missed calls. For instance, two of Adrian Clayborn's sacks should have been wiped out because he grabbed Dak Prescott's facemask (see picture above). But, there was plenty of others that were obviously overlooked.

It's going to be really tough for the Dallas Cowboys to win very many games when they not only have to beat their opponent each week, but they have to beat the refs as well. This will continue to be a problem for the Cowboys until they get a fair shake. I'm not asking for them to get preferential treatment or anything, just for the refs to call penalties both ways.

What's your good, bad, and ugly for the Cowboys against Falcons?

First off CGreen should be released immediately this morning. he has never been nor will he ever be able to contribute to this team. we’ve wasted lots of time on this guy for him not to be able to block, fundamentally just horrible. i coach 5-6 graders who have better fundamentals than this guy.

secondly, all this mess jerry has created with the league, i’m convinced roger has had talks with officials about penalties or non-penalties against us. how else can he get back at jerry? it’s obvious over the last 3-4 weeks.

lastly, i’ve said it once and i’ll say it again, dak needs to throw the ball. this happy feet, standing in the pocket for 5 secs is not going to work. make a read, pre-snap, trust it and turn the ball loose. if you can’t read/anticipate the defense pre-snap then you surely don’t belong. so many open WR’s on breaks yesterday and all year for that matter, but this continues to hold on to the ball way to long. it’s 2-3 seconds and out.

yesterday, was just a total butt kickin’, they were ready and we weren’t. this team win’s a big game and suddenly they act like they’ve done something. these 1-2 yr players walk around like they are all world. how about putting consistent football on the field for consecutive games before proclaiming yourself an all-pro!?

It’s hard to argue with what you said about Chaz Green. Yesterday he looked like a player that doesn’t belong in the NFL. But, he has filled in for Tyron Smith before and the offense didn’t miss a beat. He just picked the absolutely worst time to play bad. Hopefully, Smith can return to the lineup and stay healthy.

And I don’t know what’s the deal with the refs missing so many penalties against the Cowboys opponents. I hate to think there’s some kind of conspiracy theory, but I can’t think of any other explanation.

I also agree with you about Prescott. He’s grown too accustomed to having time in the pocket and holds onto the ball way too long now. He needs more quick sets and simpler route combinations to get the ball out quickly. Cole Beasley absolutely needs to be more involved.

Unfortunately, soft tissue injuries are going to happen. They happen around the league, but I guess we just noticed them more because we focus on the Cowboys.