The Dallas Cowboys are now 2-0 in the NFC East division after defeating the Washington Redskins on their home turf Sunday afternoon 33-19. The Cowboys are currently second in the division behind the 7-1 Philadelphia Eagles, but fortunately there is still a lot of football to be played in the 2017 season. This was an important win in order to keep pace with the division leader, but also to help keep their playoff hopes alive.

Against the division rival Washington Redskins, the Dallas Cowboys pretty much dominated the entire game. There were a few hiccups along the way, but they continued to battle and overcome the adversity. Wins can’t always be pretty, but the important thing is that you do what needs to be done in order to get the victory.

Having said all of that, let’s dive into this week’s edition of The Good, The Bad, and The Ugly. As always, please feel free to use the comment section provided at the end of the article to share your thoughts and opinions on this topic. 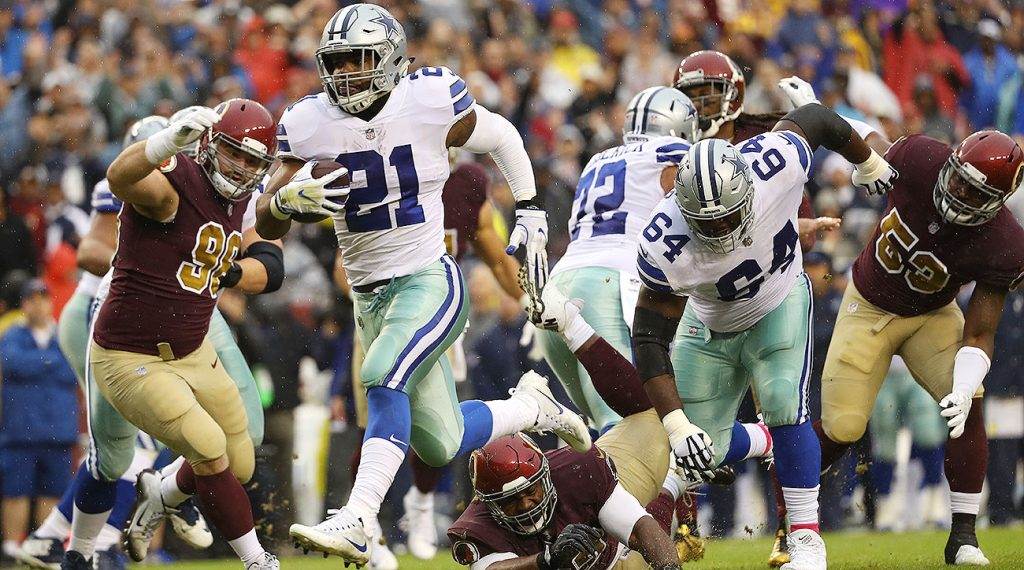 There was certainly no shortage of good for the Dallas Cowboys Sunday afternoon against the Washington Redskins. It took a team effort to outlast their division rival, but once again one player in particular stood out most, Ezekiel Elliott.

Elliott once again put the offense on his back and rushed for 150 yards and two touchdowns on a career-high 33 carries. The Redskins didn’t have an answer for Elliott the entire game and the Dallas Cowboys took full advantage of that.

Elliott of course may have been the most noticeable, but like I said earlier it took a team effort. I had to mention that both David Irving and DeMarcus Lawrence added to their QB sack totals, Mike Nugent filled in nicely for Dan Bailey, and Byron Jones sealed the game with the first pick six of his career. Overall, the entire Dallas Cowboys team deserves credit for this victory. 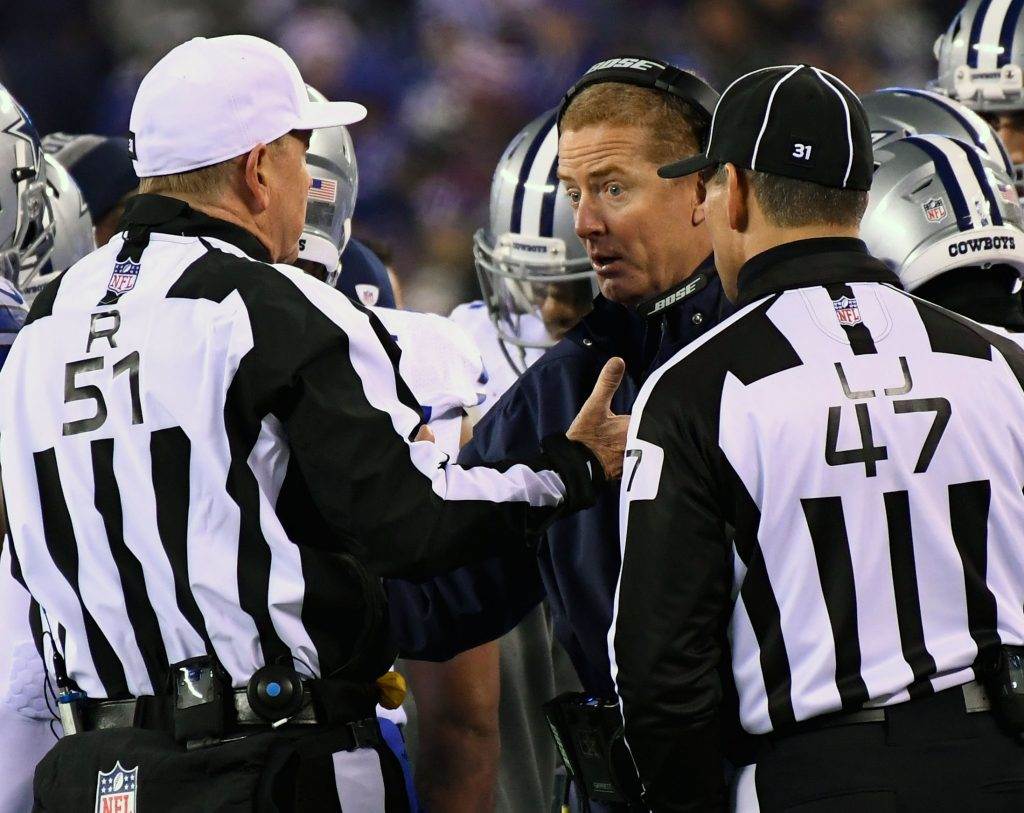 It’s always easy to complain about the officiating for any given game, but all of the penalties called against the Dallas Cowboys yesterday was absolutely the bad in my opinion. It seemed as if every time the Cowboys got something going on offense or the defense was about to get the Redskins off the field, a penalty would occur.

I know I’m not imagining things, but it seemed as if the officials had tunnel vision for the Dallas Cowboys when letting that little yellow flag fly. Please correct me if I’m wrong, but I don’t think the beat up and backup Redskins offensive line had a single penalty called against them yesterday. That seems a little odd to me, especially considering how many the officials called against the Cowboys OL.

Now, I’m not going to say they were showing favoritism for the home team or anything like that, but it is a little bit suspicious. Especially considering a lot of the penalties called against the Dallas Cowboys where questionable to say the least. Fortunately, the Cowboys were able to overcome. 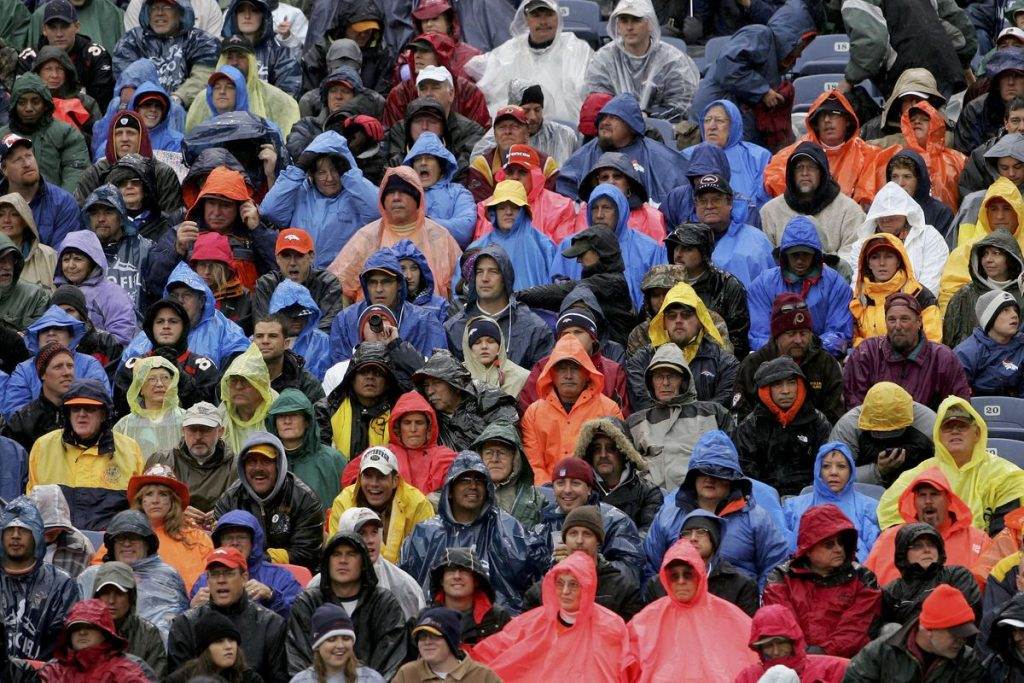 From start to finish, the entire game for the Dallas Cowboys against the Washington Redskins yesterday afternoon was ugly. We knew heading into this game that the weather was going to be a factor, but that can’t really account for all the other sloppiness we saw from the Cowboys.

It first started on the Dallas Cowboys opening drive when Ezekiel Elliott uncharacteristically fumbled the ball away. That allowed the Redskins to put points on the board first. Then all of the penalties called against the Cowboys only added to the sloppiness.

I’ve already covered what I thought about the officiating yesterday, but regardless, the Dallas Cowboys absolutely have to eliminate all of the penalties. They can’t continue to put themselves and bad down and distance situations. It’s going to catch up to them eventually. They also need to improve the red zone playcalling. Having to settle for field goals instead of TDs is an ugly thing to watch week after week.

What is your Good, Bad, and Ugly for the Cowboys against Washington?